During the quiet times on my latest three-night tench session there was lots to watch, some of which I caught on camera - not always at the highest quality.

Something I've seen at this venue before were long tailed birds flying out from the willows taking flies above the water, and even off the surface. This time I identified them as pied wagtails. Not a bird usually associated with perching, but at least one was using a dead branch as a lookout post. 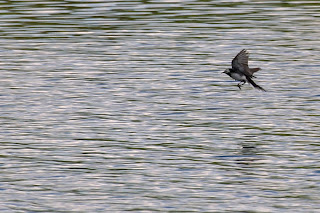 In the willows and hawthorns around the swim there was a lot of bird activity. Young long tailed tits made a prolonged appearance twittering away, and allowing me to get reasonably close with the 70-300. 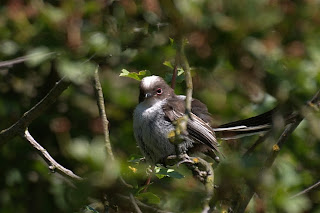 A blackcap paid a short visit - so the photo was a hasty one. 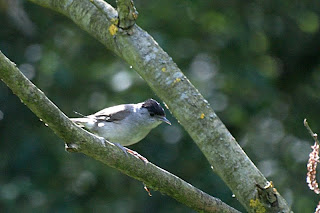 The longest photo-shoot was of a common tern that decided to feed in my swim early on the final morning. Given better light stunning shots of this bird would have been a cinch. 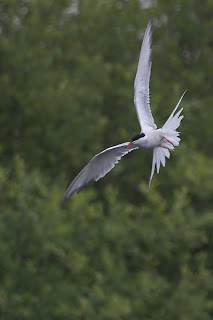 The tench turned up too. I'll try and blog about the fishing over the weekend.