After a slight hiatus Catch Cult, specialist angling's must read,  is back on track with issue 13 at the print works right now. Feel free to share the ad below on those social media channels I keep well away from! 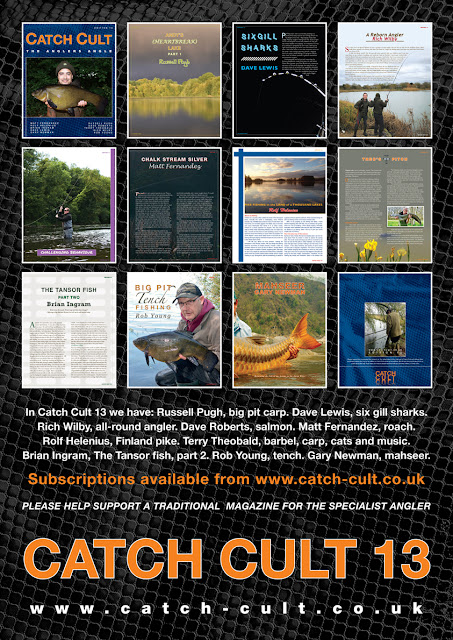 On past experience deadbaiting for pike on this particular water is a struggle before November. I'm pretty sure that if livebaits were allowed pike would snaffle them in October, but they're not and deads can be hard work. However, as I hadn't been fishing since a frustrating eel blank two weeks into August a rare dry afternoon (September felt like it rained every other day and early October little better) when I was free seemed like a good excuse to get the pike rods which I had readied in September an airing. On a whim I swapped one of my eleven footers for the 10lb 3.25lb Torrix I'd written off as an eel rod. As if starting piking too early wasn't bad enough I was putting a new rod curse on the session! 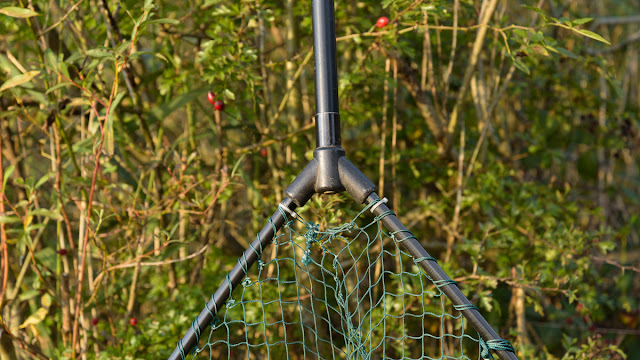 While a few of the taller willows were almost bare most other trees and shrubs were just starting to take on their autumn colours. There were hips galore and the hawthorns loaded with darkening berries. As winter progresses these will disappear down the throats of fieldfares, the first few of which flew high overhead, heard before seen,  shortly after I had settled in to my first swim of the day.

Why I set up in a swim which has yet to present me with a pike despite it's charms of marginal reeds and overhanging branches, plus a far off lily bed, the pads now fragile and sparse, is one of life's mysteries. My initial enthusiasm for the spot didn't last long and I was soon on the move. 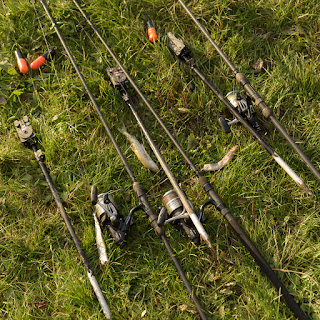 I had left home in sunshine and not needing a fleece. In the short time it took me to open the gate to the lake the sky had become overcast and the air cooler. After my second move the sun began to break through the watercolour clouds and lifted my spirits.

Alas it did nothing for the appetite of the pike. My floats remained unmoved except by the gentle ripple from the light north-westerly. It was a grand afternoon to be outdoors. Not that there was much to watch. There weren't many birds on the water or in the bushes. The mallards were mostly keeping their heads down.

A final move to a swim where I could watch the sun set was called for. As the sun went down the clouds began to clear and by the time the only light was from a set sun the air temperature began to fall. A few small fish started topping suggesting that the pike might make an appearance. I wasn't in the mood for clinging on until dark though. As I'd suspected, my first pike session of the winter season had been a resounding blank. One reason I don't fish as often as I used to is that I can't stand not catching these days. Here's hoping it's only down to starting before I should have and not a sign that the rest of the winter months will be equally testing. 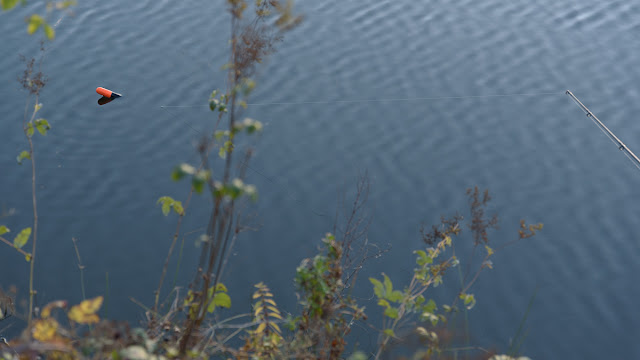