Every picture tells a story

Shortly after my previous post the famed Beast from the East arrived, bringing with it a lovely present for me in the form of a bug that was doing the rounds. It was like a cold, not quite flu, but long-lasting. Everyone I know who had it took at least four weeks to feel anything like normal again. I was no exception. Going out of the house for food was a chore, so fishing was out all together. By the time I felt as fit as I usually do pike time had gone and it wasn't warming up enough for anything else to interest me. That's why it took the arrival of some unseasonably warm weather (which came without a catchy name) to fire me up for a springtime overnighter. 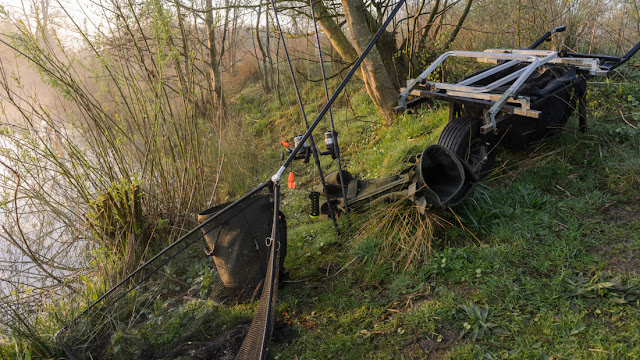 Thursday to Friday was looking favourite, but when I'd sorted my tackle out I couldn't find the groundbait and pellets I thought I had. There was a bucket and a half of seed mix, but not enough time to soak it. Never mind, Friday night would be fine. It would give me a chance to pick up some pellets and stuff before I set off. In theory.

The tackle shop was devoid of the pellets I wanted. "Due in later today." Great. I picked up some rubbishy pellets for putting in PVA bags and some soft hookers which turned out to split when I pushed my baiting needle through them.

After having a plumb around the first half hour was spent spodding out particles. The sun has bright and warm where I was. Sheltered from the moderate north westerly. Small fish were dimpling, flipping and fleeing from predators. One or two better fish showed, but none of the bream I was hoping for. With the bait out the rods were readied and soon resting on the pod. Fake corn, fake caster, and a pellety thing. Time for tea. 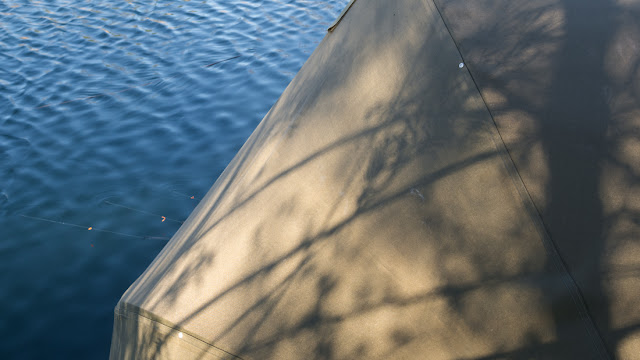 Before and after dark I had a few single bleeps to the pellety thing rod. There was some hope. Shortly before dark I had swapped the plastic casters for a fake pop-up pellet, and the single fake grain of corn for my favourite two grain set up. At eleven twenty the yellow perils were picked up and the alarm kept on sounding. Somehow or other I managed to hook precisely nothing. 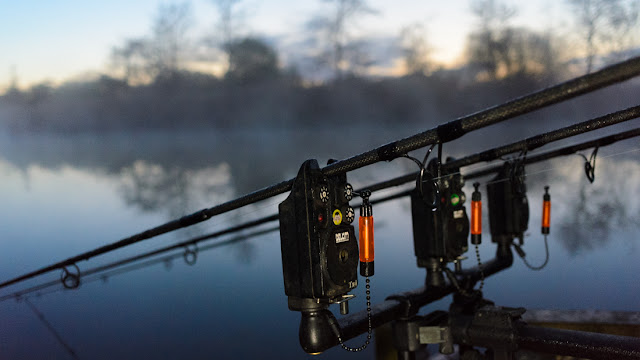 While spodding a few casts resulted in seeds dropping short and to the right of my target area. This was where I'd positioned the pellety bait, the fake baits being (I hoped) on the main bed of feed. Even if this accidental area of bait hadn't been laid I would have dropped that bait short. Three rigs in a tight area can be overdoing things, and following this tactic has caught for me in the past. I think partly that's because our baiting up is never as accurate as we like to imagine. Having watched others spodding from side on the spod almost always lands at different distances.

It was ten to midnight when the right hand alarm sounded again. No single bleep this time, a rapid series of bleeps. Lo and behold there was a fish on when I picked the rod up. Plainly not very big, and equally plainly a bream. It was a pleasure anglers five pounder that might have weighed three had I put it on the scales, but more likely would have just about struggled past 2lb. I didn't bother with the scales or the camera.

By one the rat had either gone to bed or gone elsewhere. The ducks which had been creating a din around midnight had shut up. I began to doze. I'm not sure when I woke but it was cold, nothing was happening, so I took my boots off and got inside my sleeping bag. The next think I know the sky is beginning to show light. At six I had a recast and switched the plastic pellet back to plastic casters in the hope of an early morning tench. 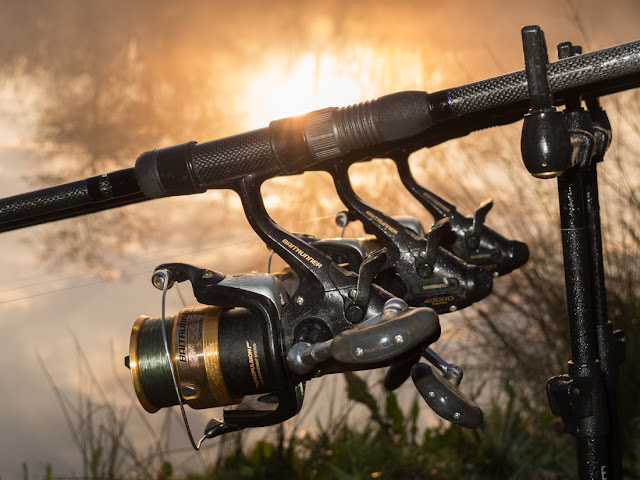 Gradually the day brightened and warmed causing a heavier mist to rise from the surface of the water. Small fish began topping again. The grebes were thinning them out. The bobbins were still, the alarms silent and my hopes all gone. I started taking photos of the sunrise, the mist, rods and reels and even of one of the swans which had annoyed me the previous evening. When a blog is filled with such shots it tells a simple tale. The fishing was rubbish. Or more likely, the angler was. By half past eight I was packing up and heading for home. Defeated. 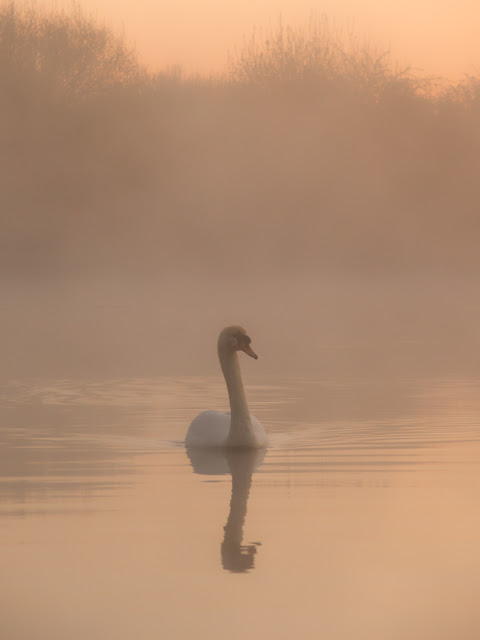