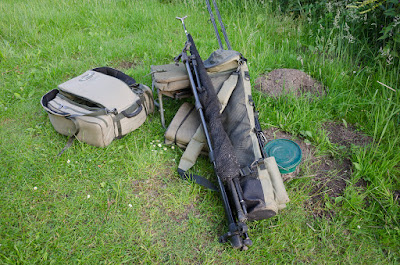 As the Covid-19 lockdown eased fisheries have opened up. The pit I fish opened a week or more back but I left well alone. Mainly because the weather had turned less eel friendly . Eel weather returned on Monday so I started making plans. I'd already bought a bag o' worms and was sure there was some squid from last year in the freezer. Wrong. I had to scrape up some dregs from my pike baits to use on the non-worm rod. Blueys and smelt don't really fill me with confidence for eels, but they take smelts when they are fished for pike so there's a chance.

This season I'm restricting myself to two rods. It might make me work a bit harder and it'll cause less problems fishing from the pod I'm forced to use because of the stoned pegs I have to fish from. With no brolly required having just a pair of rods in the quiver sure does lighten the load!

No early start required I left home around quarter past eight and was surprised to find one van in the car park. A quick look at the water to see what the clarity was like provided another pleasant  surprise. It was still blue, but quite clear. It didn't take me long to walk round and find a swim, one which lets me cover a fair bit of water and which has produced some decent eels in the past. A bunch of dendrobenas went out to my left on the off bottom rig and a short smelt tail on a leger towards the pads directly in front of the swim. 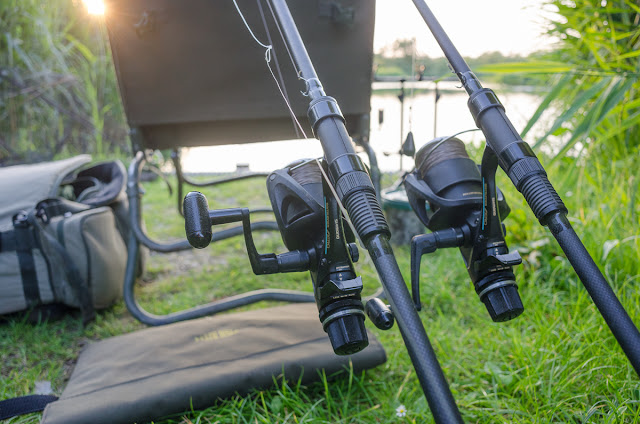 The leger rig is dead simple. A short coated wire trace to a single hook is tied to the line which has a large eyed swivel running on it. The stop is a small cork ball pushed over the trace swivel eye. The lead is tied to a length of hard nylon which acts as a bit of an anti-tangle device with a rig sleeve tidying up the knot where it's attached to the small eye of the large eyed swivel. It looks crude and inelegant. But it works. 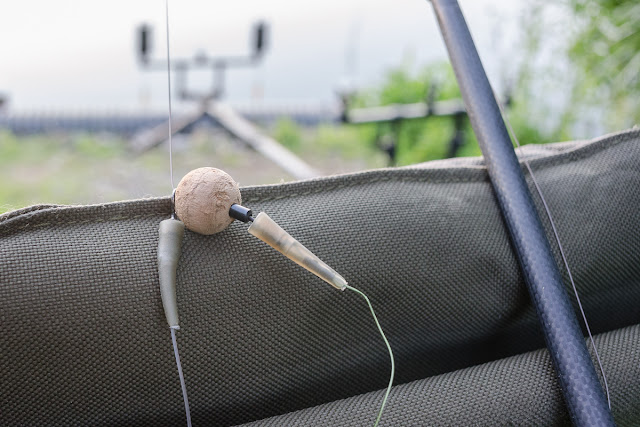 It took less than twenty minutes for some action to occur. The bobbin on the smelt rod was twitching. A strange sort of take which wasn't taking line. I struck anyway and connected with something. From the way the fish was pulling I suspected it was a jack rather than a snig. No head shaking, no pulling back. Just a fishy weight coming in. When it kited to my left my doubts increased as I reached for the net. that's when whatever it was dropped off. The bait was lightly marked but in a pikey kind of way, even though it wasn't slashed by sharp teeth.

The willows were alive with the chiffing and chaffing of chiffchaffs, A mallard brood was almost full grown. A grebe vacated the area as I laid my gear down. The sky was clear and the wind light. Even so the air temperature was set to stay high after dark. Even by the time I left at midnight it was still in teh high teens and no fleece was required. Other than the light traffic noise, the roads are still strangely quiet, it was a peaceful evening. That was until the starlings arrived to roost. Around nine, as dusk was thinking of turning up, they began to arrive in small flocks, gathering in the tall firs where they chattered to each other. Only a passing tractor would disturb them, cars and motorcycles didn't bother them at all. After flying up they'd circle the firs a time or two before settling back.

It was around ten to ten, just after sunset according to the tide table I keep in my fishing bag, that the starlings upped and left the firs. They began circling the pit before descending into the reedbeds I've seen them roost in during autumn and winter. Being closer to me their noisy twitterings were much louder. 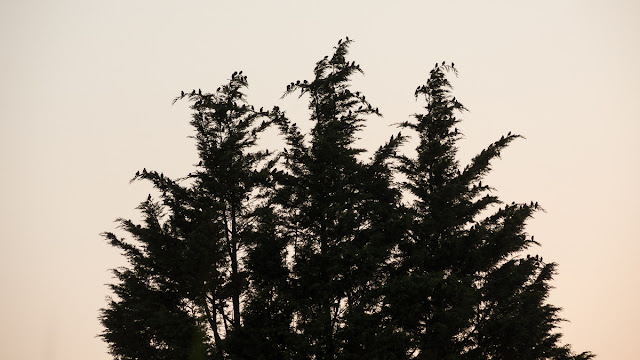 It was about there quarters of an hour later when there was a couple of bleeps from the Delkim with worm rod resting on it. I left it a few seconds to see if anything would develop before winding in to check the worms. They were still there. I'd previously spent the first hour with the worms wrapped around the polyball when my first cast had tangled. the worms were intact so I recast them to the same area.

The next take wasn't so long in coming. A typical up-down-up-down twitchy bootlace take to the worm rod. Sure enough it was the bane of an eel angler's life. A writhing, sliming tangle-master. How it got the hooklink and leadlink knotted up and covered in slime is one of those mysteries of the eel. When I eventually managed to flick the hook free, it was lip hooked, I had to cut the hooklink and leadlink to salvage the hook. What a mess.

With a fresh Kevlar hooklink attached and the leadlink retied I baited up and cast out again. This time I put the worms out to the pads and dropped the smelt tail close in to my left on the reed edge. They both remained untouched until I packed up and called it an early night.

This had been one of those 'feeler' sessions to check the gear out to make sure everything was in order as much as anything. And to get me back into the swing of fishing. I've been taking a lot of photographs since fishing stopped and have been really enjoying it. So much so that I haven't missed fishing at all. A few hours by the water as day turns to night, though, was a real tonic. It's still a bit early for concerted eeling for me though. Another week and I might start in earnest. 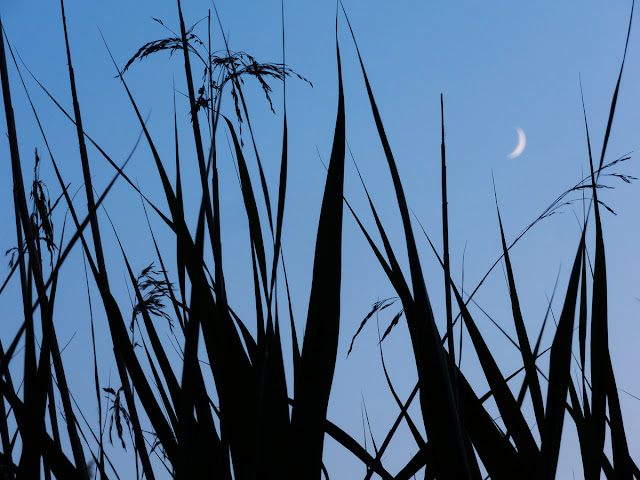