At last I got the urge to go fishing again. Lots of work and lots of heat had resulted in lots of lethargy. And it doesn't take much to encourage lazy old me to do nothing! The enthusiasm must have returned because I got two rods rigged up during the afternoon. Just the two because the only bait I had was a small tub of dendrobenas. I'd be bunching them up, and knowing that bait nibbling bootlaces love these worms I didn't reckon on them lasting too long. One rod was a straight leger, the other had my off-bottom rig on it. 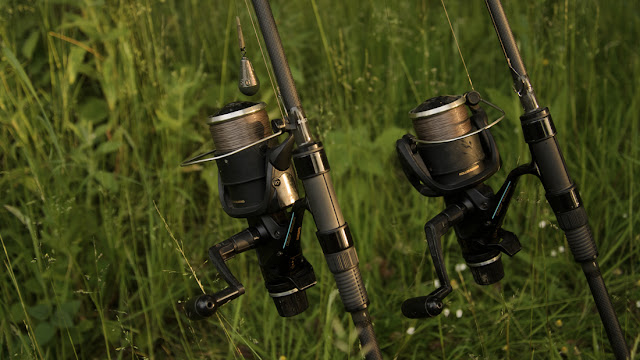 No need for an early start saw me setting off around eight as the day was beginning to cool down. Not wanting to walk too far I headed for no fish bay. And after taking some photographs of a swan and it's cygnet I settled in a swim which gave me some marginal cover on bot the near and far sides. 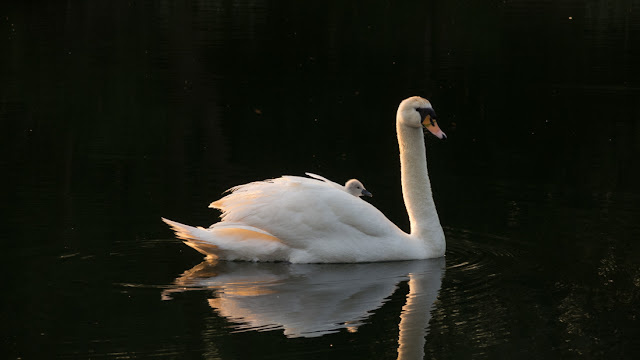 The legered bait went to the opposite bank, short of an overhanging willow, and the off bottom bait was swung out to my right. It was after a flock of swallows flew along the bay as dusk arrived that I had my first twitchy take to the near side worms. The pattern was set. Twitchy takes to the close in rod. 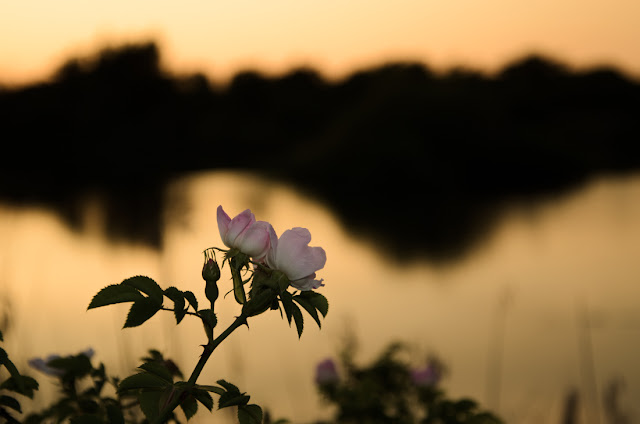 As it got darker the frequency of the takes increased. Going on past experience I thought there was probably a small eel, or pod of eels, responsible. Eventually I'd connect with one of the takes. I did get one positive run to the legered worms, but they were dropped just as I got my hand to the rod. another frequent frustration when eeling. For me if for nobody else.

True to form patience paid off and shortly after eleven thirty my strike of the off bottom bait rod resulted in something pulling back. That something wasn't big enough to warrant getting the net wet and slimy. With the eel swung in it decided to tangle and slime my hook and lead links. Which were unentanglable by headtorch light. I'd had enough. The mess could be sorted out in daylight at a later date! The worms were getting low anyway... 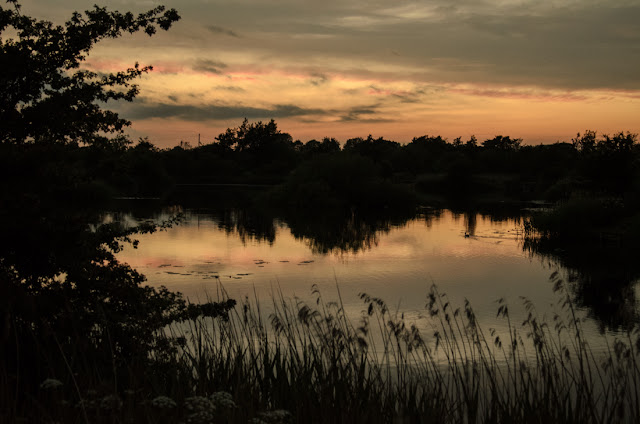