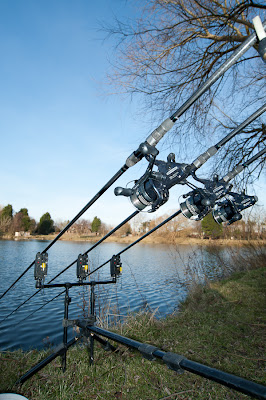 A day and a half of early spring sunshine and singing birds was enough to shake off my fishing lethargy. After an early lunch I was loading the roach gear in the car and enthusiastically setting off in search of maggots. No need for umbrellas, waterproofs or fleeces under bunnysuits. I'd soon be working up a sweat walking to my swim. With only two cars in the  car park there was no need to scout the lake for a swim, there'd be plenty of room, so on with the rucksack and  quiver, chair under on arm bait bucket in the free hand and away I go. Then I saw the lake...

There'd been another overnight frost but the sun had burned that off. The ice covering two thirds or more of the lake took me by surprise. The far side was clearest and no body fishing the swim I had hoped to fish. Only one problem. When I got round to that swim it was barely fishable. I had to fish some way to its right. Still, there was a nice level spot close to the water which would suffice. I'd been meaning to fish it at some point, so this was a good time to try it.

Rods baited in the usual fashion and cast out. Two to the markers on the line and one to the horizon. Well, to the ice edge at any rate! Flask out and settle down to flick through the Fox catalogue I'd picked up with the maggots. Half an hour went by with a few casts of the cage feeders when the ice sheet started to move. There was a light wind rippling the lake's surface and blowing in to my face from a slight angle. The ice was coming my way. Sure enough, with the whole of the clear water to blow into the ice blew straight into my swim. It looked like cat ice that I'd be able to fish through. But it wasn't. I had two options. Pack up and move round to the opposite bank - which now had a lot of free water in front of it, or take a chance by moving a few yards to my left and hope that if the rest of the ice broke up it would drift past me. I took the chance.

One good thing about the rod pod is that I was able to pick it up, rods and all, and cart the lot to my new swim. A rather awkward spot where I was high above the water. having had to fish like that on the Rat Pit I'd modified my Fox Horizon pod with Korum banksticks, which handily fit the pod as if they were designed for it. With short sticks at the front and longer ones at the back (fully extended) I was able to get the rod tips fairly close to the water. It might not look 'pukka' but it's effective.

Despite the enforced move I was not disheartened. With it being so bright I wasn't expecting any action until late on, even though there was some colour in the water. I was entertained by a thrush singing its head off in a tree behind me. I think it was a single bird doing a ventriloquist act rather than multiple birds. It was hard to pin down exactly which tree it was singing from.

As the afternoon wore on and the flask emptied it began to grow cooler. The fleece was required but it still didn't feel bitterly cold. For some reason I dug out the thermometer and saw the air temperature was 5.7°c. Like a fool I threw the sensor in the lake and discovered the water was a couple of degrees colder. That was when my confidence started to ebb.

Even so it was pleasant out be out under a bright clear sky after five. Although I had thought to fish until it was dark enough to need the head torch I began a gradual clearing up at six fifteen. No fish had topped as the light faded, although a few insects had hatched. By the time I got back to the car it was near enough dark. I felt like the weather had tricked me into thinking fish would be feeding with abandon. There might be hints of spring in the air, but it certainly hasn't arrived yet. Tentative plans to do it all again tomorrow have been shelved. I suppose I could go piking, but that's a morning thing which would mean getting up early, and I don't fancy that!

Email ThisBlogThis!Share to TwitterShare to FacebookShare to Pinterest
Labels: roach

Time for a clear out. First chances to Lumbland readers and Pikers Pit forum members! 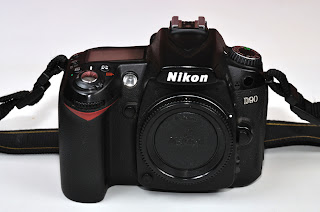 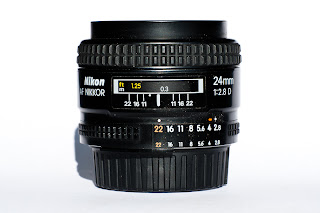 Email ThisBlogThis!Share to TwitterShare to FacebookShare to Pinterest
Labels: for sale

The rough and the smooth

Another week on and still not a line wetted. Stuck here waiting for another blasted parcel to turn up on a day when I had plans I thought I'd try to clear up a little confusion some people have about the finish on rod blanks

Blanks are made from carbon cloth impregnated with resin. This cloth is wrapped around a steel mandrel and taped tightly in place with a clear tape. This assembly is then put in an oven where the heat softens the resin allowing it to flow between the cloth's matrix. Removed from the oven the assembly cools and the tape is removed. It is the resin flowing between the carbon cloth and the tape which produces a spiral ridge on the freshly made blank. This is known as an unground blank, because all blanks which have a smooth finish have this ridge sanded away. These are smooth ground blanks.

In the initial ground state Harrison call this finish Ultra Matt. A coat of resin, clear or translucent, can be applied to a smooth ground blank to give it a shiny finish. These are then known as painted blanks. It is the grinding and painting processes which add to the cost of these blanks over plain old unground blanks.

Grinding a blank smooth mostly removes resin, but some of the carbon is also taken away. I have found, to my personal cost, that blanks which have been designed to be built up in the unground state can be softened a little if they are smooth ground. This only becomes noticeable in test curves of 2.25 and lower in my experience.

I assume this is because the same depth of material is removed to get the blank smooth no matter how thick the blank wall is. So on a thinner walled blank the percentage removed will be greater than on a blank that has thicker walls. I therefore recommend taking care if wanting a smooth blank from any of the lighter models of Harrison's earlier blanks.