A blank was guaranteed for my first eel session of the year. Three new rods rigged up with three new reels was enough to enforce the new tackle hex, but a new foot pedal release for my camera to make self-takes easier was the cherry on the cursed cake.

It being a Monday I had the place to myself when I rocked up around eight fifteen on a warm evening with sunshine between the clouds being blown in on a moderate westerly. I was going to set up where I'd left off my pike fishing but the lilies had encroached and made the swim a bit tight so after a wander around I settled slowly into the swim next to it.

There was plenty of time before I expected the eels to start showing any interest in my baits, the usual offerings of legered and off-bottom worms, plus a trial run for a chunk of bluey on the leger with the wire trace. Once the rods were out I started playing around with my camera. It took me an age to get the flash gun working with the remote trigger for some 'arty' shots. 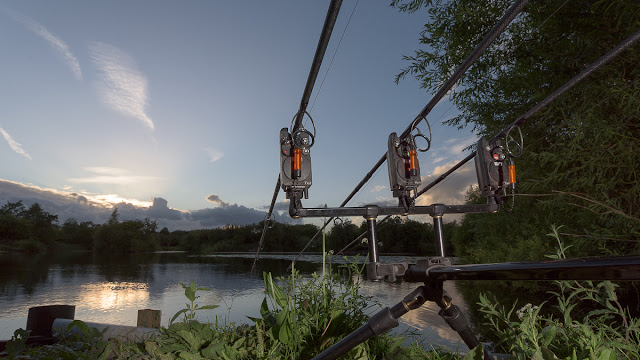 Being just a week after the Summer Solstice it felt like it would never get dark. Fiddling with the camera gave me something to do. Around nine there was a bit of action on the bluey rod but only a couple of bleeps from the Delkim. The bait was still intact. 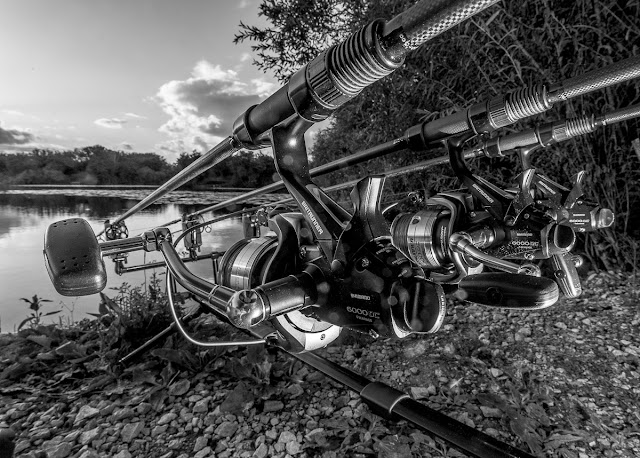 With nothing happening I thought I could spend a while trying out the foot pedal. Better to get to know how best to set it up before trying a self-take with a monster eel. As if that is ever likely for the world's worst eel angler!
It's just 'plug and play' really, much less fiddling around than with the bulb release and bracket system I've been using for years. A boring 'sat by the rods looking vacant' picture was the result. 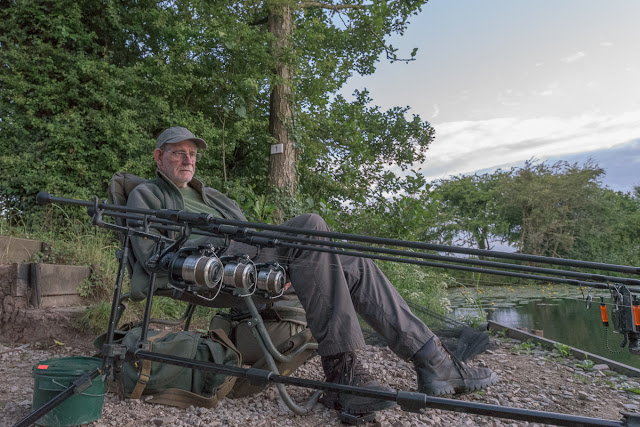 Available from Rhino Tech (no affiliation) the pedal costs £25 and is available to suit a range of cameras - for those who haven't abandoned cameras in favour of the convenience of a smart phone... I had tried making something similar myself some time ago and it didn't last long! So I consider this one money well spent. A Velcro type cable tidy seemed like a good idea, and I found an old camera pouch which the pedal fits in to prevent it getting tangled up with the rest of the junk in my rucksack. 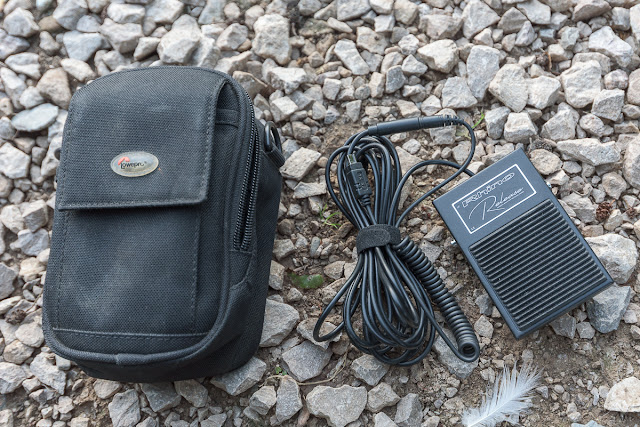 When the light did eventually begin to fade the eel action hotted up. I had the legered bunch of worms stolen following a couple of bleeps, then an hour later another few bleeps and squawks saw the worms come back unmolested. That was my lot. It's great to be back eeling...