The rain stopped at long last so I set out for my traditional Christmas Day festivities - trying to catch a pike. Conditions were encouraging. Mild, little wind, some sun and a deserted lake. Having the pick of the swims I thought I'd fish tried and tested ones. The only bites I had were of my sausage rolls. 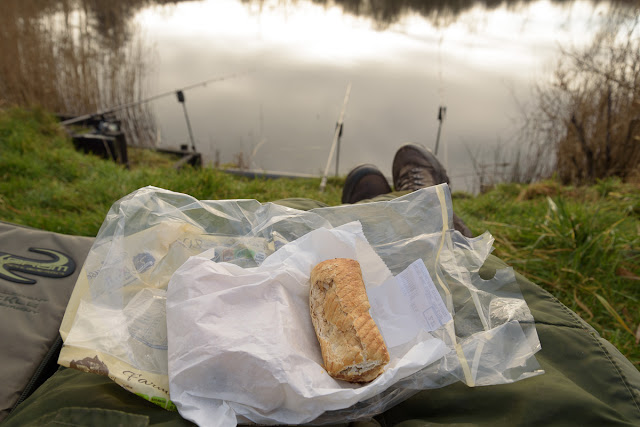 That was four blanks on the trot. I'd forgotten my three blanks and try for a different species rule. I should have done what I almost did and bought some maggots to have a try for roach after the third blank. Idiot.

With the rain still holding off yesterday I took a walk round the lake in the afternoon. It looked very tempting. I was back there before noon today. This time I wasn't alone but there was still plenty of room. One swim that I haven't fished much looked enticing on my walk, and still did when I dumped my gear in it today. Looks were deceiving though. After an hour I was ready for a move to another spot I'd made a mental note of. 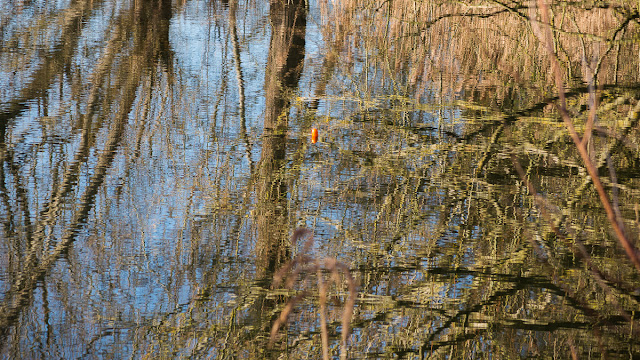 As time passed in this swim I was getting desperate. I was neither confident nor despondent really. Everything seemed like a run could materialise any minute. Even with my three matching rods and reels and Fred on watch nothing was happening. So I threatened Fred with the chop if I didn't get a run. 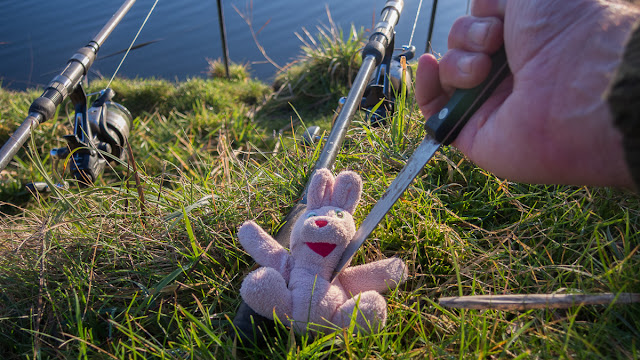 One more move before dark. I'd seen small fish topping and rolling to my right. At least it was something to go on. With three baits out in likely looking spots (I'd ditched the bluey and had two lamprey halves and a fresh smelt on the hooks) I chopped up the discarded baits and scattered the bits around the marginal lamprey tail. That one could stay where it was until it got taken or I packed up. The other two would get twitched and/or recast at intervals.

For a change there were mallard on the water. That gave me some hope, as did hearing a water rail as dusk closed in. I always feel more confident when water birds are active for some reason. More small fish topped, a skimmer rolled. More confidence boosts. My hopes were misplaced. Still the floats didn't move. Five blanks on the run.

I can only assume that the fishy gods knew I wouldn't have the heart to run Fred trough with my bait knife after all the good catches we've shared since he hopped into my rucksack. At least with the rain gone for the time being I'm getting the fishing bug back a bit. 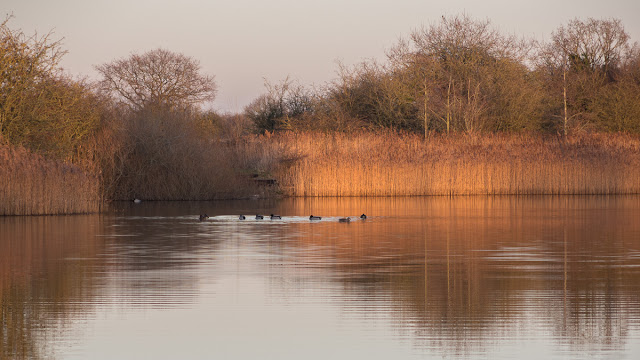 With another fishing year over it's a strange one to look back on. I've fished far less than ever before and thought I'd caught little of note. Certainly pike have been thin on the unhooking mat, but having given up on the eels rather sooner than I would have liked I still managed to have my best season for them in terms of numbers of 'decent' fish, topped off by one I should have got the self-take gear out for. I'm not wishing for a drought in 2020, but less rain would be nice.
Posted by Dave Lumb at 8:29 pm

Email ThisBlogThis!Share to TwitterShare to FacebookShare to Pinterest
Labels: fish of the year, pike

Things can only get better. Can't they?

The weather today was too good to let go to waste. Light wind, sunshine and... NO RAIN! I was set up after lunch, three baits out. I was too lazy to get the banksticks and alarms out. I'd be busy playing and landing pike anyway. 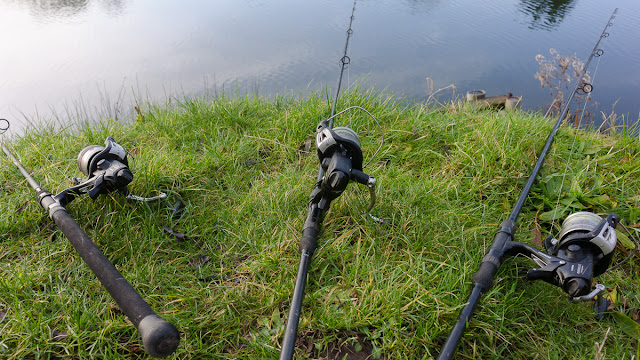 After the usual hour I moved. Although there were lots of fieldfares about there had been a distinct lack of waterfowl activity. As I moved my gear in three trips to the next swim a couple of moorhens broke cover from a marginal hawthorn. That was about all I saw on the water all afternoon.

Swim number two was as unproductive as the first one. A final move after an hour to a real banker swim. The pads have all but gone now so two baits were dropped where there would have been some lilies on teh surface during the summer and the third in the never-fail margin spot. OK, it does fail now and then, but it's turned up pike regularly in the past.

Despite his best efforts at fish spotting, Fred was no help. The banker was a blanker. 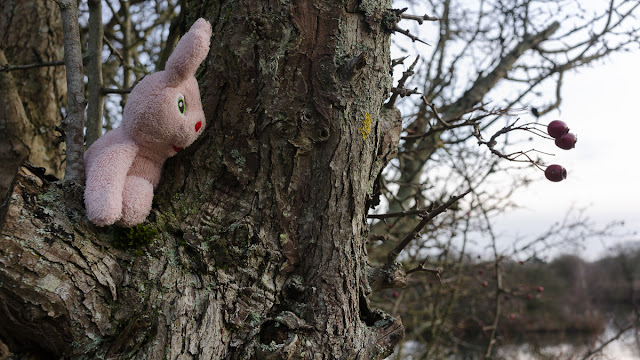 I'm beginning to wonder if it's the odd rod out that's jinxing me. Next time (whenever that will be) I'll be back on matching rods. That should get the pike feeding. 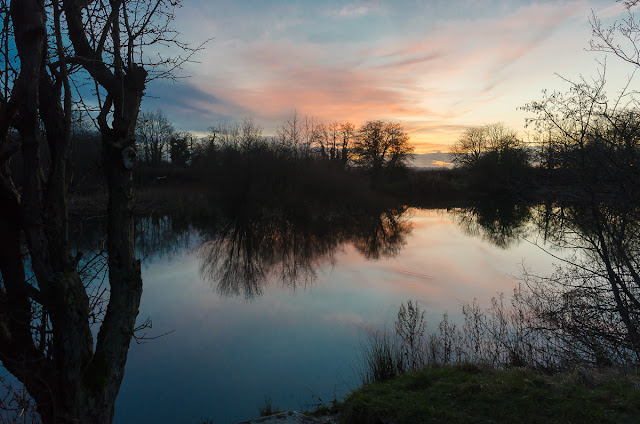