Hips and haws are darkening red, leaves which long lost their shine are fading to brown, lily pads breaking up, phragmites stems turning shades of ochre. With branches baring and fieldfare flocks passing over high hints of winter to come with meteorological autumn less than three weeks old. A little early for this water on past evidence but it felt like time to get the pike rods out on a mild day of light wind and overcast sky. 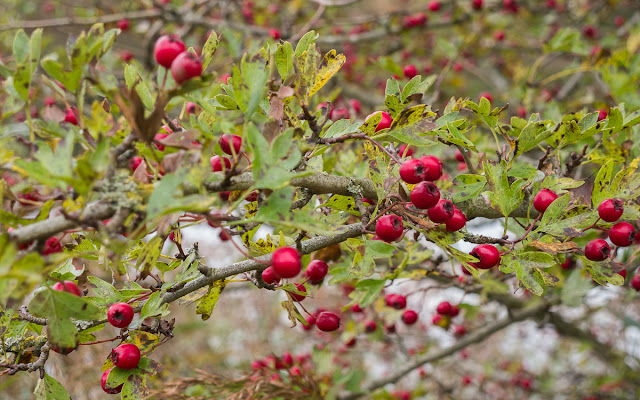 And so it came to pass that I was closing the car park gate behind me just before two in the afternoon. I'd been spurred into action through a combination of boredom and a desire to test a pair of rods. The boredom resulting form the usual frustration of having orders to fulfil but no materials to fulfil them with and the other frustration of a photographic project having hit a brick wall.

The rod testing was not to be the kind I like best - seeing how a new blank design performs, rather it was to be a test to see if the rods would explode! Some time back I sent these two rods out to a customer and the tube they were in got damaged. While a close inspection of the rods showed no damage I built a replacement pair to be safe.

When one of the rods was waggled it made a disconcerting creaking noise. Maybe there was some damage to the blank after all. Or it could just be an example of the mysterious 'varnish creak' which sometimes happens. Running braid through the rings and giving the rod a bend with the line tied to my garage door didn't end in splinters of carbon, so I rigged the rods up for pike. I've been thinking of going back to ten footers for pike after enjoying using them for eels, but the 3.25lb Torrix I tried felt like the carp rod it is when I gave it a whirl. 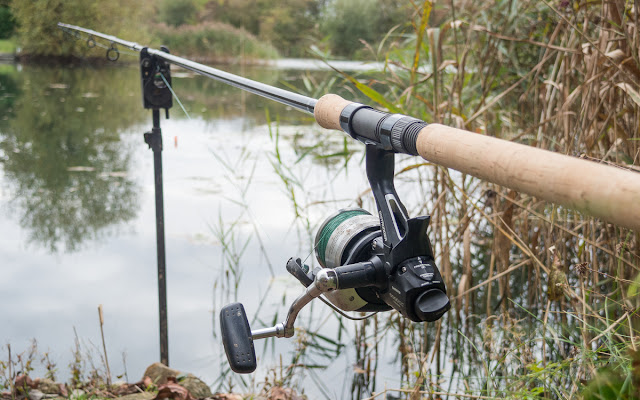 One of my idiosyncrasies is not being a fan of cork handles on bank fishing pike rods. I've no idea why as I prefer them on boat rods and barbel rods, but not tench rods. Just one of those things. Still, it doesn't affect how the rods behave. Swinging a herring head to my left and a bluey head to my right the rods weren't put to any great casting test in the first swim I settled in. Nor were they tested by any pike. 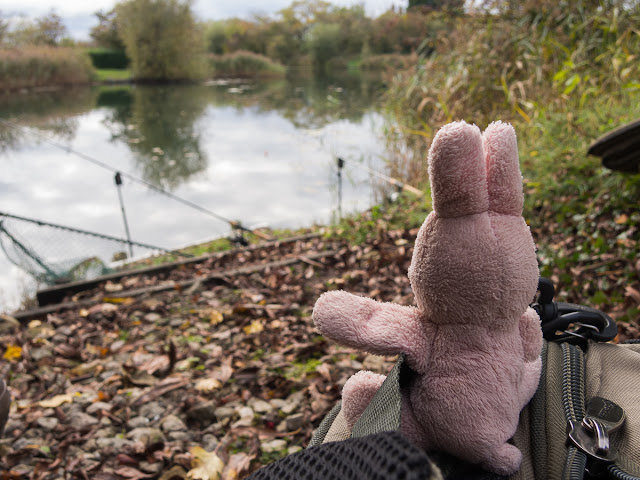 The next swim saw a similar casting effort required. My intention, as usual, was to move every hour or so and I was getting geared up to head for swim three when I saw the left hand rod top start to twitch. Sure enough the float was dithering. I positioned the landing net as I crept to the rod and when the float was moving off I wound down to the fish. With with less than a rod length of line beyond the tip ring this is always a bit of a tense experience. Fail to hook the pike and the bait and rig might come flying straight at you, if it's a big, hard-running fish you might get flat-rodded so have to be preparred to give line.

As it was neither of those outcomes occurred. I still wasn't sure how big the pike was once it was attached to my hooks, it was staying low and out of sight, not doing much. The rod was hooped round well enough, a proper pike rod curve not a tippy carp rod apology for a rod action, and got the pike moving upwards. Only a rooter of two or three pounds I let it swim around a bit to calm down before sliding it over the net. It still tried to spin itself up in the mesh as I went to unhook it.  Although small it was in good condition, and a pike is a pike of the first session. It's a start. 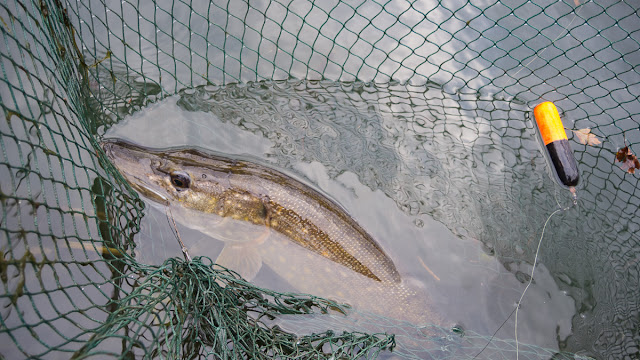 The air temperature was around 15 as I made the third move. Ripples were reducing as the wind dropped, and soon the temperature was dropping too. Swim three produced nothing despite me moving the baits around to try a few likely looking spots. It's one of those swims where a third rod would have been useful and not just there for the sake of it. More than three places can be cast to from it which produce pike.

The final move was made early. if it had been sixth sense which made me up sticks sooner than planned it let me down. Nothing came of the move. By the time I wound the rods in the air temperature was in single figures. Before I left I gave the herring head two or three good long casts. The rod creaked again, but remained whole. I'll stick with these rods until one of them blows up on me or pike season finishes.

PS - These rods are P-4s, but they are NOT the rods I have in stock ready to go on my website!

I found some old negatives the other day, so I scanned a few. The Pitsters have suggested I do a book using my old photos - with some stories to go with them. I've got an idea how to organise it into a book, but whether I can be bothered doing it is another matter! In the meantime here are a few more old photos. 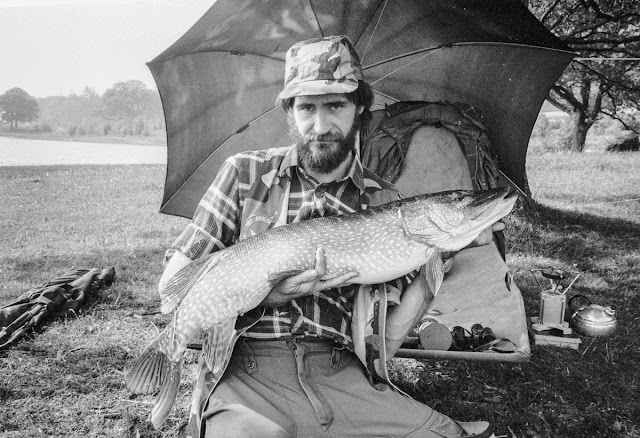 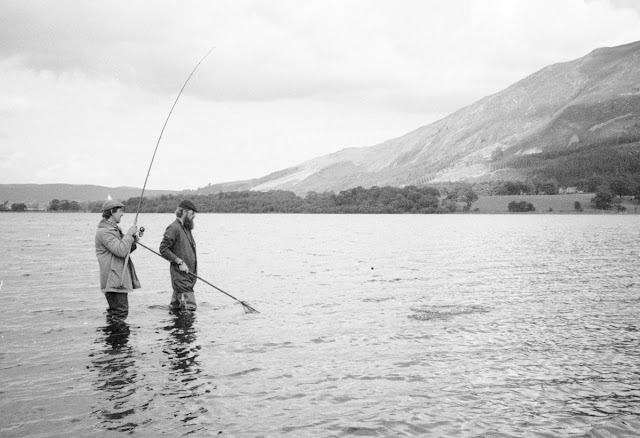 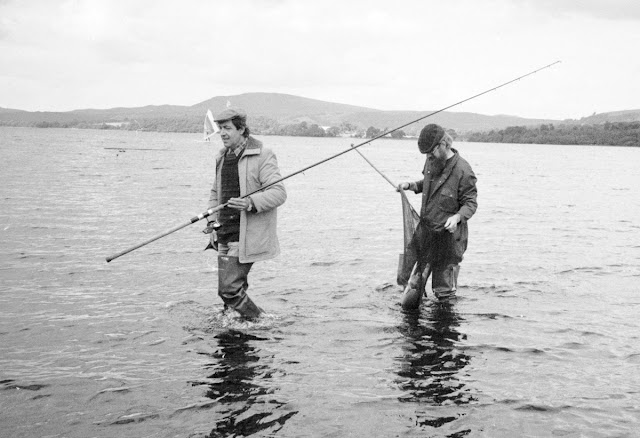 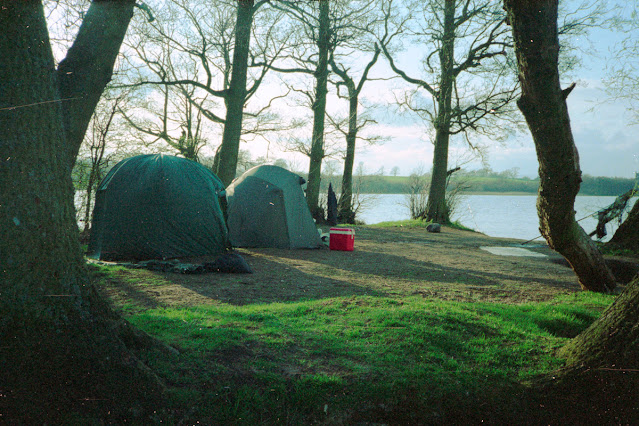 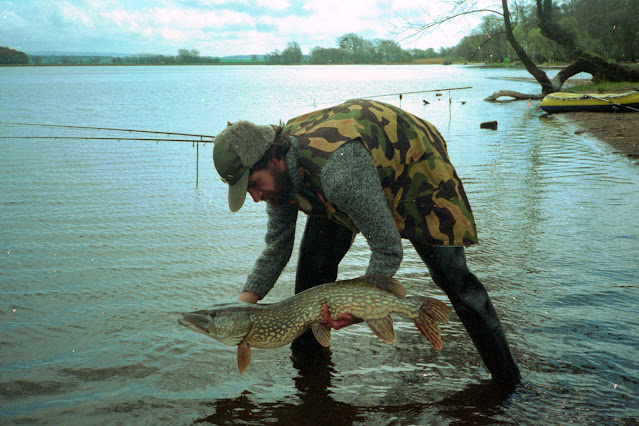 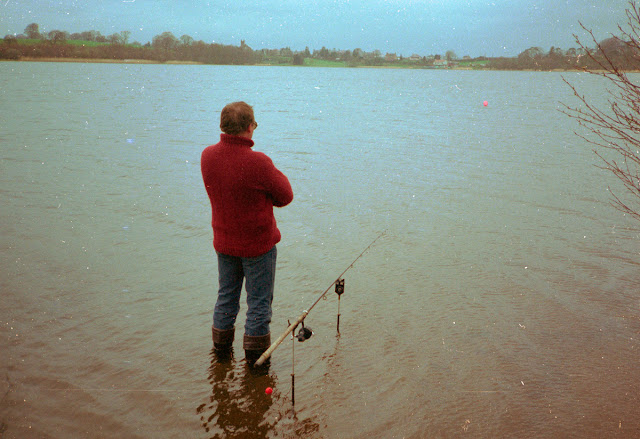 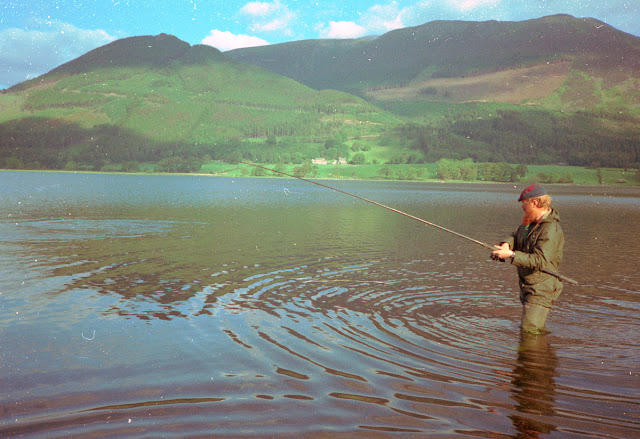