Fishing and the pond

I've almost got the fishing bug again. I'm sure I would have got it back if the three sessions I've had feeling full of enthusiasm hadn't all resulted in abject failure!

The first two were short lure flinging trips that were probably a little early. Although the days were warm the nights were cool and as well as the water not having warmed up I think the pike might not have been on the prowl following spawning.

I don't think that my plan to stick to 'retro' lures, ones which got a lot of use back in the earlier days of the big lure boom, that was the cause of my failure. A good lure then is still a good lure. The pike certainly won't have seen many of them! One half hearted slash at a bucktail spinner from a hammer handle was all the action I managed. 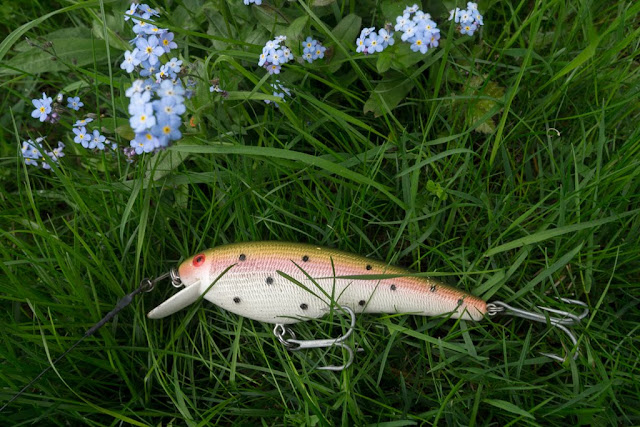 More recently with the lily pads spreading and the water warm to the touch I tried a few hours going into darkness for eels. I knew I'd be guaranteed some action. I was. The usual frustrating action that comes with fishing bunches of worms. Not one of the many takes, ranging from the twicthy to the 'unmissable' run, was connected with.

What was interesting, however, was that most of the takes came from open water. The bait positioned near overhanging branches was untouched, the off-bottom bait near some pads which had produced the first two takes  was relatively unmolested. It was the bait cast out to no particular feature that kept getting mauled. I was going to have a return match with the eels last week, but when I looked there were only enough worms for two hookbaits and it was too late to get any more. I could have done some digging, I suppose. That way the pond restoration could have been progressed and some bait acquired. Although the ground has dried and hardened.

I pulled the leaking liner out of my wildlife pond last autumn and had intended to get a replacement liner in over the winter but the hole in the ground filled with water which was still deep by the time the frogs returned and it stayed that way long after they had spawned, departed and there were tadpoles. The recent dry stretch has seen the level drop rapidly, to the point where there were almost more tadpoles than water!

When the frogs had gone and the water cleared I was fortunate to spot a newt. Then another. And another. In total I saw five newts. Definitely five individuals as I counted them all at the same time. There might have been more lurking in the leaf litter on the bottom. I netted a couple out to confirm the species. 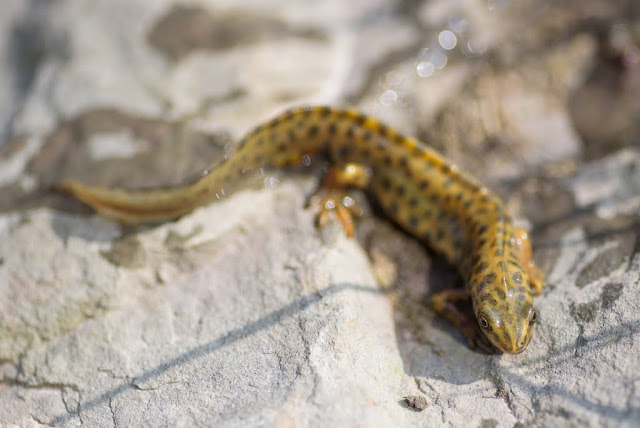 The newts seemed to have disappeared by the time I got my new liner and was ready for action. However when I was clearing the pond edge I saw what I took to be a dead one. Stiff legged and on its back I picked it up and paced it on a rock. I went inside to get a camera to take a photo or two but when I returned the newt had crawled part way under the stone! I thought its eye looked bright for a corpse. It must have been playing dead as a predator avoidance technique. 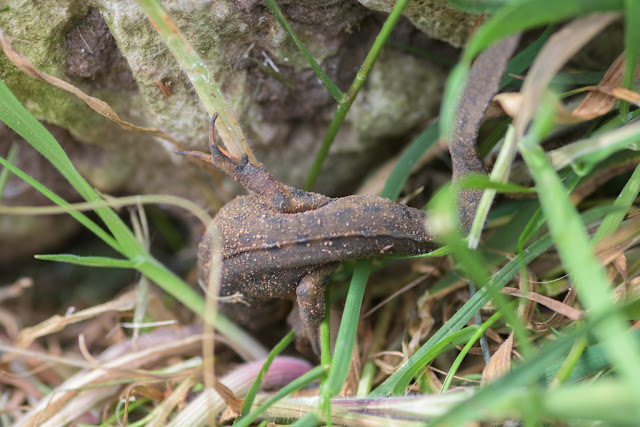 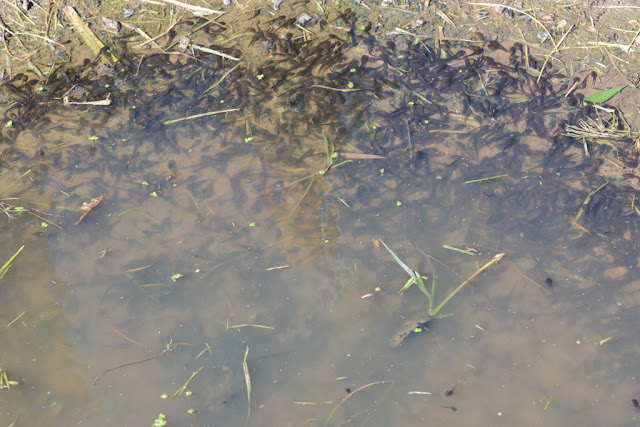 What to do with the tadpoles? The only solution I could think of was to scoop them out and hold them in buckets along with some pond sludge and leaf litter. Then get the liner in and part filled with tap water before putting the taddies and original water in too. 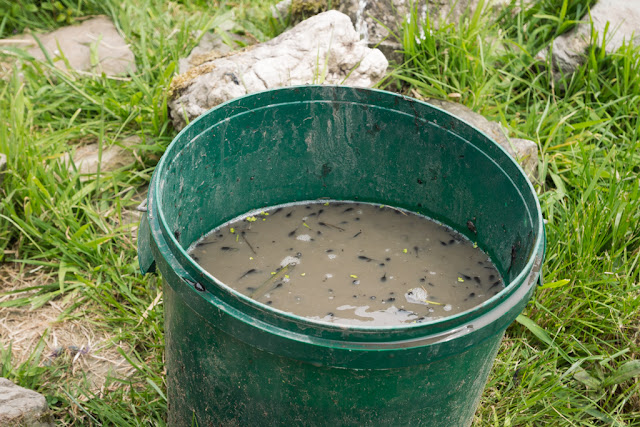 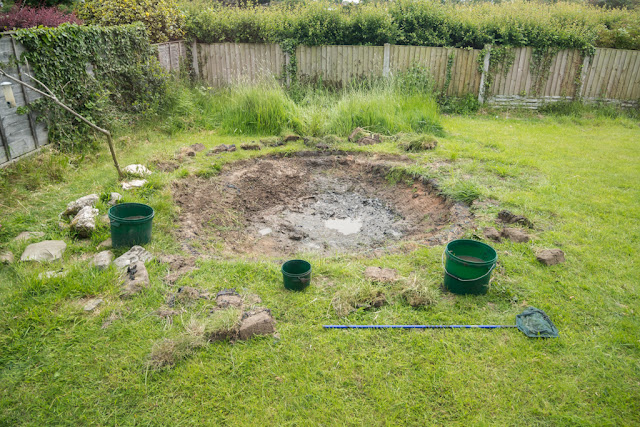 Rather than tip all the sludge in the pond I decided to leave that in the buckets in the pond while everything settles for a day or two. 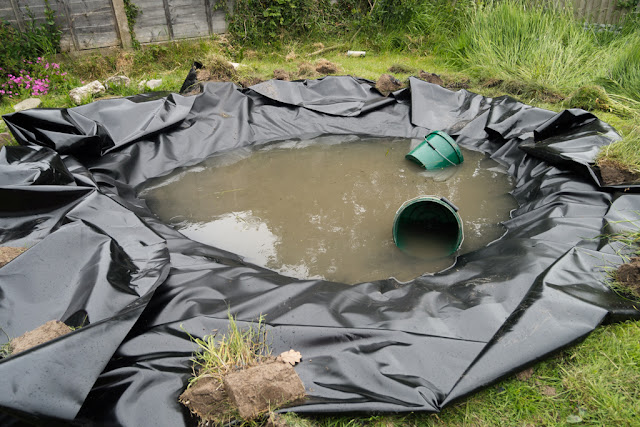 The next stage is to finish off fitting the liner, which is rather too large so I might extend part of the pond, before starting to add pond plants.
Posted by Dave Lumb at 9:15 pm