Regardless of the stream of small eels continuing to pester me I was still keen, although running out of cunning plans, following my post last month. It was on the third session that I finally had enough. If I'd done what I usually do and fished a swim out of sight of anyone else I'd have carried on in blissful ignorance, but I reasoned that the angler tench fishing across the pit would be packing up shortly as I'd arrived late. So why not fish a swim I fancied rather than one which was out of sight? 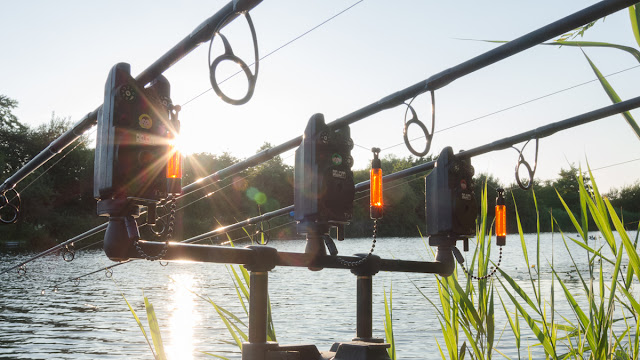 I got my rod pod set up, baits in position and had settled down on my low chair in what was a reasonably spacious peg, for a change. Then I looked up and saw the tench angler was playing something and having a fair old tussle. He was in a swim I always fancy for eels but which has never thrown anything much up for me.

The tench kept on fighting until it broke surface. That was when it's snake-like head became obvious. Maybe he was just making a meal of it. After a couple of attempts the eel was in the rather too small for it landing net. When it was lifted ashore its size, even from 100 metres (Google maps) away, was obvious. After looking at it for a while the angler removed the hook from the eel and put it back. Unweighed. It looked as big as any I've caught from the pit, maybe bigger. Who's the idiot who said effort equals reward? At least the eels were feeding, I supposed.

Dusk fell and I had the place to myself. And the eels. It was no run fest. I had a few runs and finicky takes before I connected with one. Yet again to the off-bottom worms. It didn't feel all that big. It wasn't. Possibly the smallest eel of the year. But what it lacked in size it made up for in tangling technique. The lead link on my off-bottom rig was over three feet long, but somehow this tiny little bootlace managed to wrap itself up in the link sufficiently to have the lead dangling directly below it';s jaw!

I tired letting the tying untangle itself in the margin. To no avail. I had to resort to cutting the bloody creature free just so I could get my forceps on the hook. A complete re-tackling was called for. I fished on with waning enthusiasm until midnight when I was glad to see the back of the place.

Since then it's been a case of work turning up (at long last blanks are beginning to trickle through) followed by a wet spell which further reduced my eeling drive. I've taken a break and done some photography top revitalise my fishing mojo.

The ring situation caused by the change I've mentioned before is still causing me confusion as to what is available and what isn't. SiC rings being the latest ones to have me baffled. I think I've got that sussed now and should have some back in stock soon.

With the new 'grey' (which is similar to the old gunsmoke) frames on the standard rings I use I'm going to change my standard thread colours on Axiom rods. I've no blanks to build for them at present so can't show a photo of what they'll look like but I have built a couple of X-1s using the thread colours. Shown below with an 'old style' gunsmoke reel seat.

I think the grey thread tipped with metallic pewter looks good along with the grey reel seats and rings on Ultra Matt blanks. It's as near as I've managed to 'invisible' whippings. 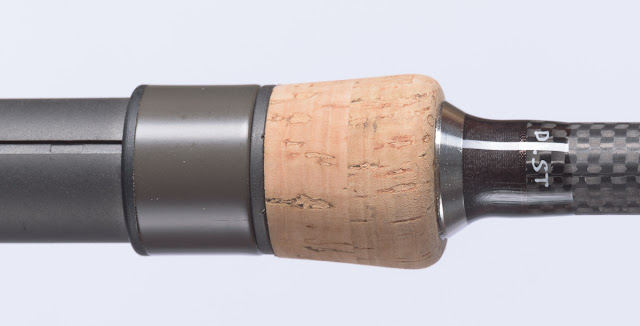 In other news I have some new size four and six trebles in stock to replace the Partridge hooks I used to carry. These are a round bend treble with a round eye and a slightly shorter shank than the Partridges. Wire thickness is a bit heavier but not excessively so and the barbs are small and crushable. Available from my webshop - www.dlstshop.co.uk at £4.50 per pack of ten. More sizes might follow later in the year. 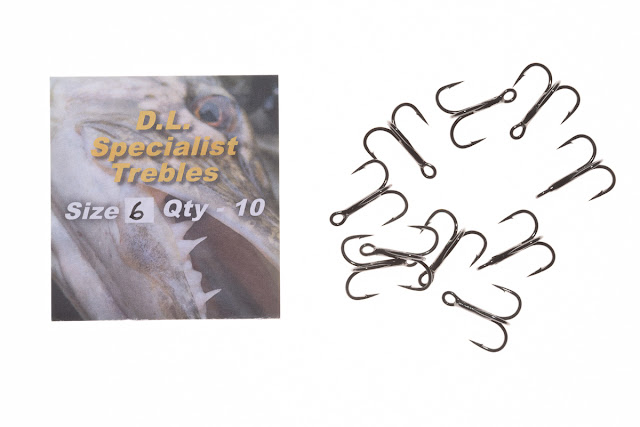