Still awaiting blanks I nipped out with the camera to relieve the boredom. As I had sent my big lens off for 'inspection' for it's faulty operation I was limited to using something shorter. A return to the dragonflies was in order. I wanted to play around with the new flashgun for one thing, and I was hoping the cooler, damp, weather might slow the insects down and give me a better chance of some good shots.

Although the sun was shining when I set off it wasn't by the time I got to the car park. I'd driven towards an ever darkening sky and was greeted by rain. It was clearly a passing shower so I sat it out, then donned a waterproof jacket and set off as the last drops fell. There were damsels and dragonflies around, but hard to spot. They probably were lethargic, and hiding. I got some shots but they were poor efforts. Then I got distracted by moths - which would always settle underneath a leaf. I wasn't for lying in the wet grass to look up at them, so I wandered off.

I wandered off the hard path and into some trees where a crane fly flew past me and alighted on a slender trunk. It stayed there long enough for me to get the flashgun out again and make a hash of taking its portrait. This close-up lark really is trying.

Spotting some mallards on another pond I spent a while waiting for them to pose nicely. The female was more amenable than the male. As usual with my luck, the light was poor and the shots a touch noisy with the high ISO. But the compositions are quite nice. 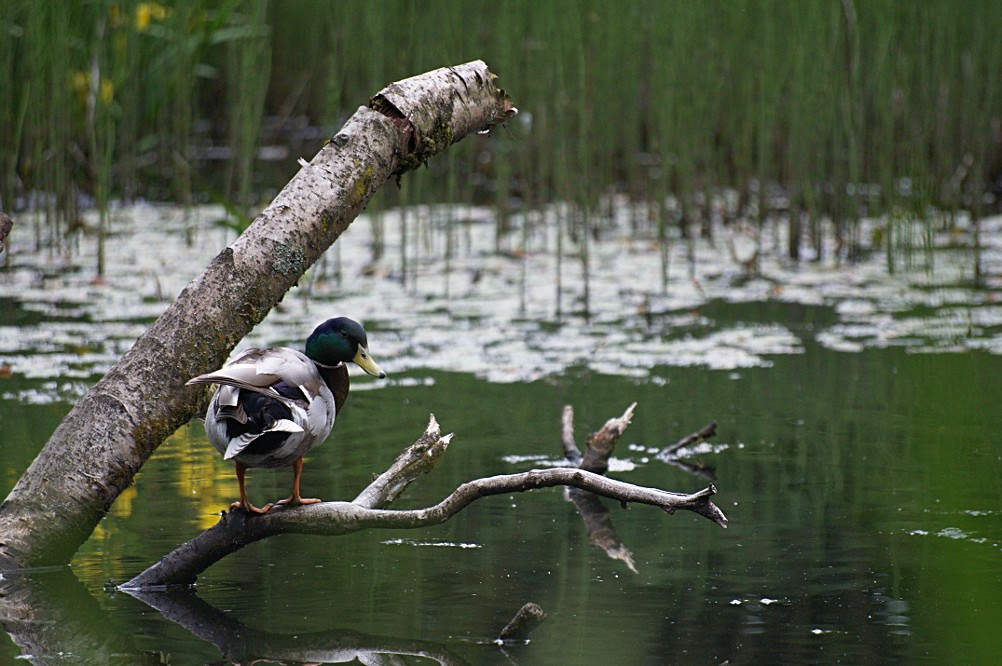 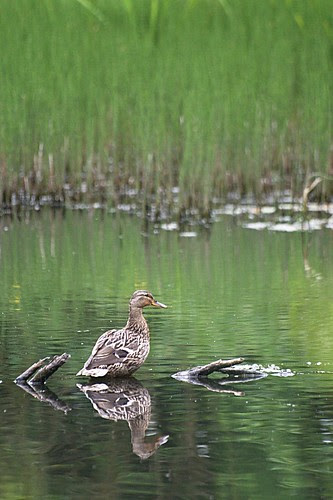 Further round the pool I tried out some shots of the yellow flag. I messed up the camera settings with the flash and again they were grainier than they should have been. 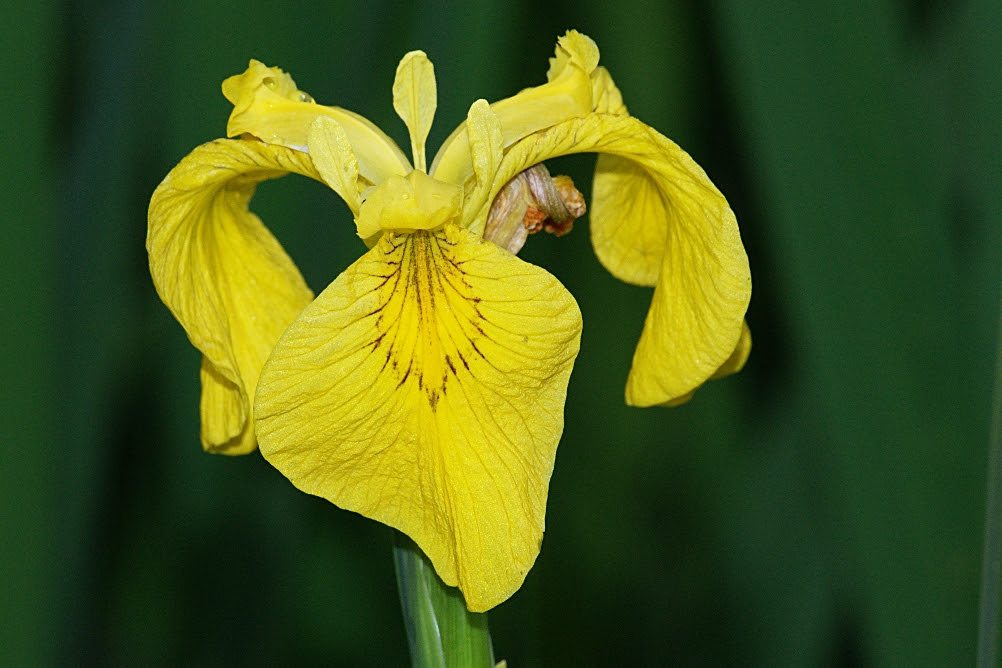 I'd seen a small shoal of small perch basking as I'd left the mallards, and while photographing the flags I heard a noisy splashing in some shallow water. It turned out the noise makers were spawning roach. I think they were roach and not rudd, but the glimpse I got were fleeting. The rain returned as I had another look at the dragonfly pond, but as it looked to be brightening towards home I opted to visit another site before tea.
The light was feeble by now. Again I messed up the settings when doing a digital Monet impression (awful pun...) on some water lily leaves. Shame, they looked good on the camera's screen. How anyone can judge a photo from the camera screen is a complete mystery to me.

I made a slightly better effort with some flowers. I only know what the orchid is because there was a sign up that told me! 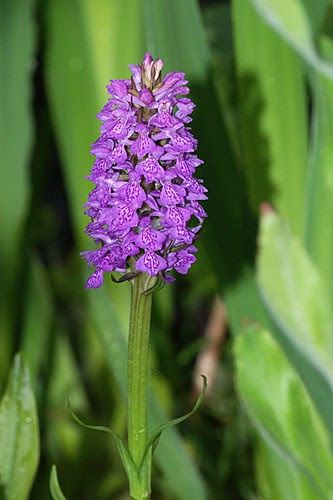 Southern marsh orchid
Taking a short walk into the pines I watched a blue tit feeding it's offspring in a nest box for a few minutes, after spotting a treecreeper working its way up a tall trunk. That was pretty much my lot. I can feel the pull of the river now. Settling in for an evening session on a muggy summer's evening, watching bats and listening to owls and the screech of Baitrunners. Magic.