All week I've been stuck here waiting either for parcels to arrive or collections to be made, and until today have been twiddling my thumbs in frustration. All that changed earlier when I set to making a start on turning a batch of blanks that turned up late yesterday into rods.

On top of that I received a long awaited sample of a new mould. I've been nagging my lead mould supplier to produce a swimfeeder mould for anglers wanting to use heavy feeders on snaggy rivers. Plenty of river anglers make their own leads already, and a good few make their own feeders as I have done in the past. The mould I used appears no longer to be available and judging by the enquiries I've had as to a source for moulds there is a market for them.

The new moulds will be available in weights of approximately three, four and five ounces, and the mesh will also be available. Of course you could use other material to form the feeder body. Prices to be determined.

I've yet to try the feeder out, but it looks the part. After all, it's only functions are to hold feed and get lost in snags, so it doesn't need to be anything fancy! 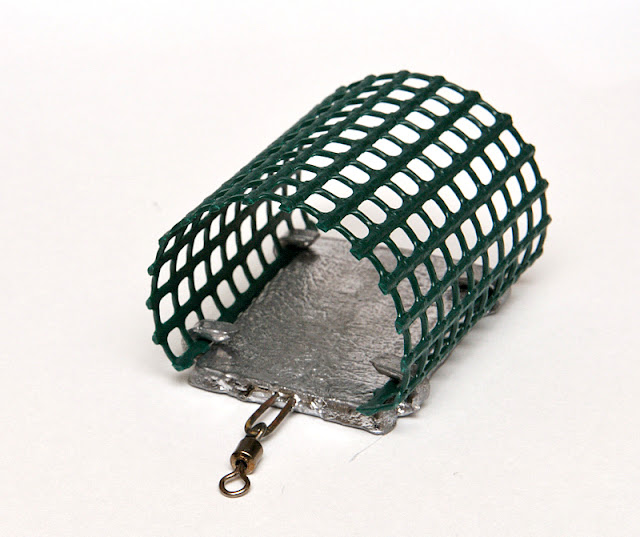