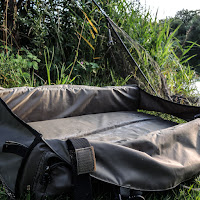 Buoyed by my eeling success I've made three more evening trips to the same water. When I first cast a worm into the place a few years ago it was bootlace city. As darkness descended the bobbins were hardly still. When I did connect with a bite it was invariably an eel under a pound.

These three sessions, admittedly short but at the right time (I think) have resulted in one dropped take and two or three single bleeps. I've fished two worm rods, one off bottom, and a piece of squid each time. Elsewhere these two baits have always attracted eel attention. It's perplexing. But that's eels for you.

Has something changed? Well the lake has been successfully treated to reduce the weed. Perhaps that has reduced the invertebrate population and the small eels have skedaddled. Maybe I shouldn't have fished a different swim each time. Maybe it's the moon. The only thing keeping me going is that the one eel I have landed has been a decent one. But given my three blanks and out 'rule' it's time for a change of venue or species next time. There were plenty of fish bubbling in front of me yesterday evening. I could try for them, whatever they were. The problem is I'm in predator mode. I'm almost itching to do a bit of piking! 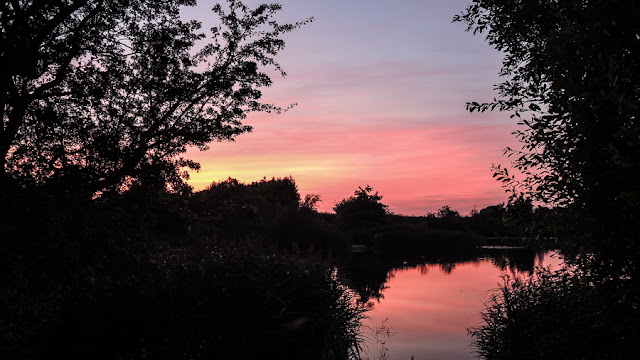