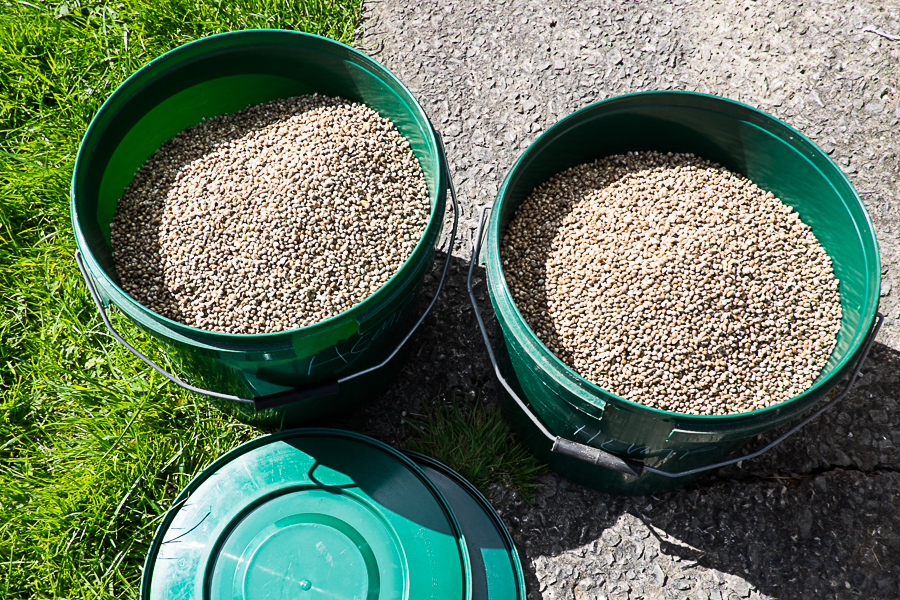 With the tench playing hard to get I have been considering the easier option of bream fishing just to put a bend in a rod. That's a daft idea when the prime time for tench, in theory, is coming up. I should be concentrating on them in order to be in peak tenching condition when they're at their heaviest. With that in mind, given that bream can be fished for at any time, I stocked up on hemp determined to do things properly.

After a shaky start to the week I managed to succumb to a lull in the rain yesterday when the afternoon threatened to by still, warm and dry. With two buckets of hempseed at the ready three pints were pressure-cooked and laced with some corn. After selecting my swim I took my time raking a couple of clear patches. No need to rush. There was plenty of time. 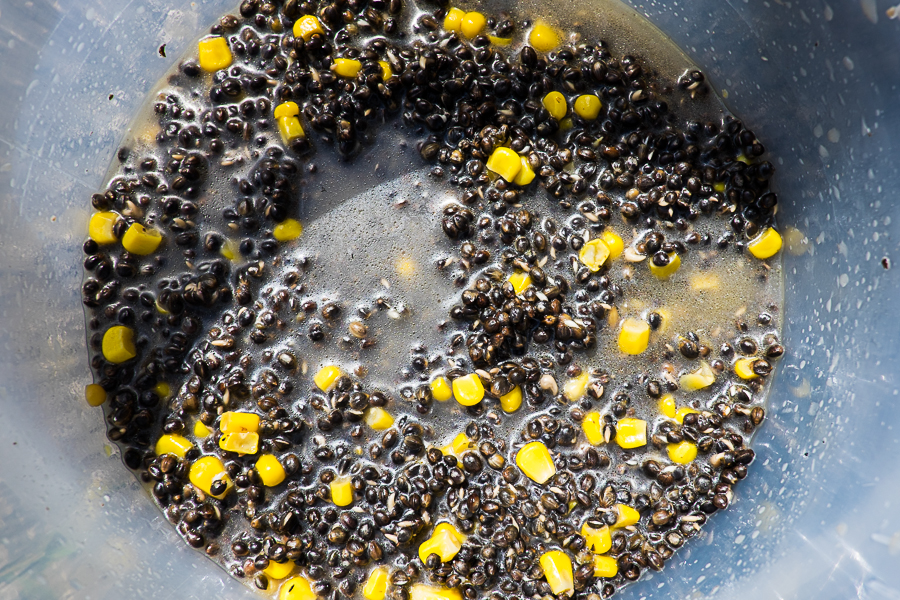 Then it started to rain. Light drizzle that surreptitiously soaked you with the air being so warm. Rather belatedly I swapped my fleece for a waterproof jacket and carried on raking until my back told me to stop.  There was still no hurry to scatter the seeds over the cleared patches and get the rods in place.

I'd already put the brolly up to cover the rucksack, so all I had to do was reposition everything so I could relax on the low chair. With no wind I didn't have to worry about which way the brolly faced. Despite being damp I was quite content and confident.

Unlike my last session there was no sign of bubbling fish. That could either be a good sign, or a bad one. The longer the bobbins stayed motionless the more it looked like a bad one. 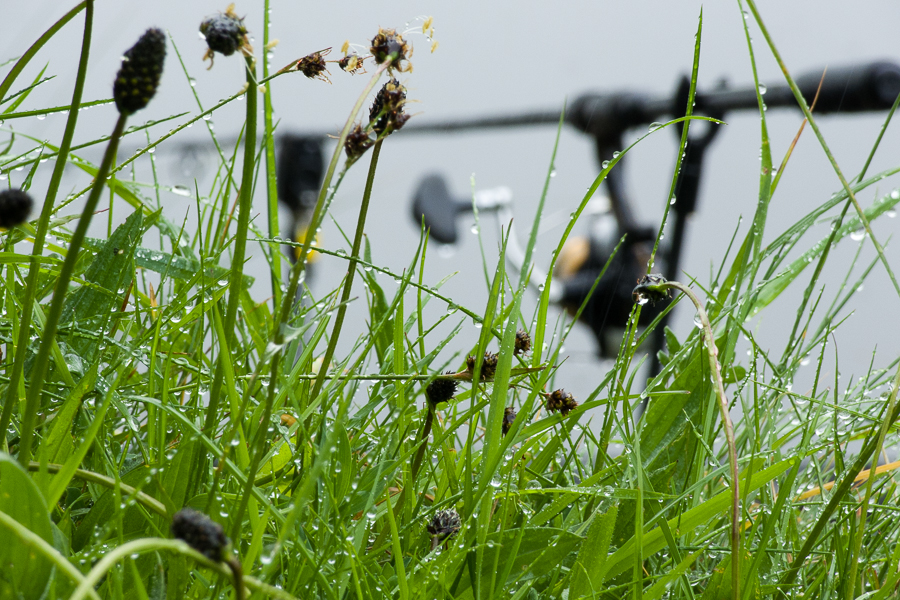 The session turned into one of those where I was passing time until I could pack up at dark. The rain stopped at six and some signs of fizzing were seen well off the baited spots. A carp rolled on the edge of the pads to my right and went straight down to bubble. The only sign of fish in my swim came when I'd wound the left hand rod in for a recast. As I turned back to face the water after clearing the rig of weed picked up on the retrieve a large patch of bubbles erupted precisely where the bait had been a few seconds earlier.

It was only about an hour before the rain returned, this time accompanied by a cooling wind blowing straight into my bank forcing me to reposition the brolly. By now it was getting miserable and my confidence was waning with the light. Roland and his mate were undeterred and sat in the swim nibbling on spilt hemp, only scooting away if I made a sudden move and returning almost immediately. 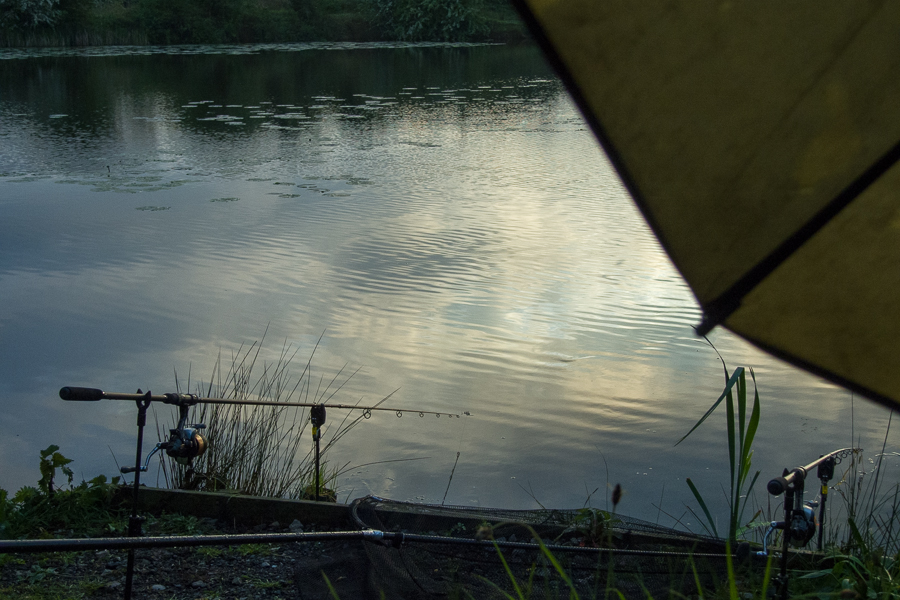 Thankfully the skies cleared before dark and the rain blew over allowing the brolly to dry out and me to pack up without getting soaked. I've been frustrated by tench in the past. Whenever I do it by the book they refuse to play. I don't want to resort to PVA and pellets, but it's looking like that might be my best move. Well, it's a move if nothing else.