Thin on the ground

Back in April when I caught my first tench of the year another angler landed one that he said he'd caught twice last season. I don't usually take pictures of other people's fish, but this one I did. It has a black spot near it's tail making it easy to identify. 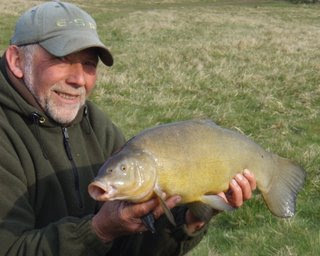 Although that wasn't the reason I took the photo, I did remember that my biggest fish from the water last year also had a black spot on one flank, but I wasn't sure that it was in the same place. 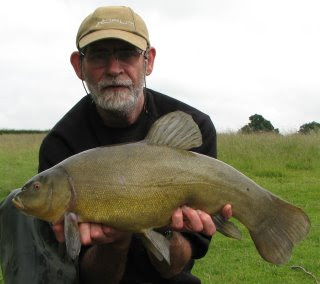 Having only just got round to inspecting the photos closely I now know that the fish is one and the same, and it was caught from the same swim, albeit in different months. This does rather suggest that there isn't a huge head of tench in the lake.