The Upside Down Pike Float

Making my foamy drifter got me wondering what other floats I could make from the orange eggs. The obvious one would be a tubed 'bung' shaped slider, but I don't use those much these days preferring bottom end floats for still water piking from the bank. My fat cigar balsa floats have done me proud for a long time now. However they have been in need of a touch of varnish here and there, and I also wanted floats I could stick starlights in for fishing after dark. I'd made some before but I like tinkering. When I saw starlight adapters at Keith's Fishing Tackle I ordered a bag of 100.

I wanted my new floats to show up better than a 'bung', which sits low in the water. So I flipped the eggs to have the pointy end up. Not being sure if this would work I made a prototype from an old polystyrene bung and gave it a try. It did work. Now to get the foamy ones made. 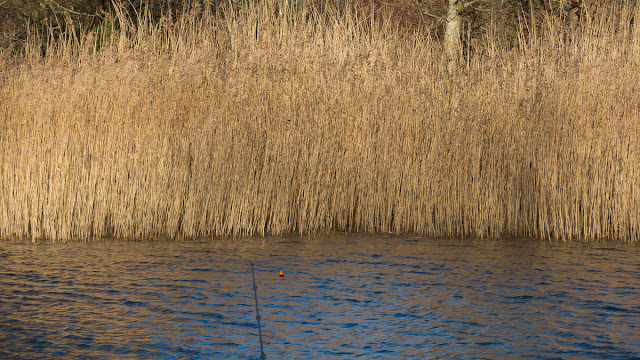 All very simple. One egg, a length of float cane or skewer, a swivel, some glue filled shrink tube, the optional starlight adapter, glue and the paint marker I used to colour the drifter body. The photos should explain the construction. 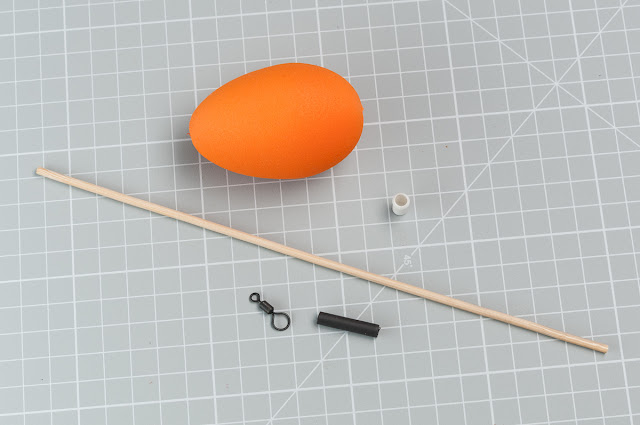 The large eye swivel was used because I have a lot of them. They have proved easier to get on and off the clips I use to attach them to the rig though. I think that's mostly down to the gauge of wire used for the eye than its size. Although they are a bit easier to grip with cold, wet fingers. 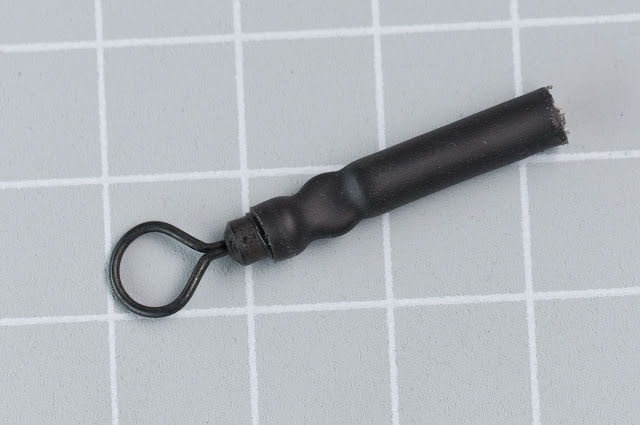 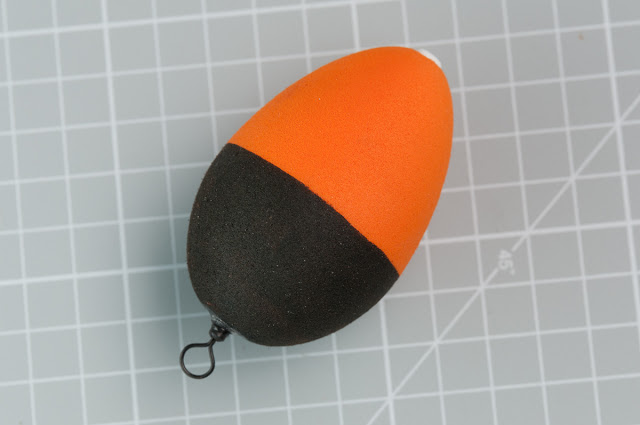 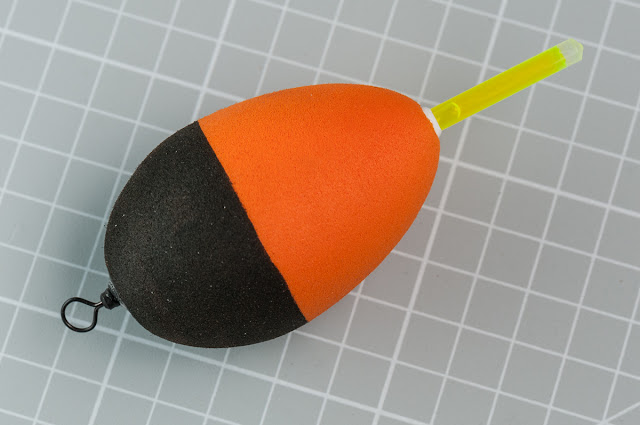 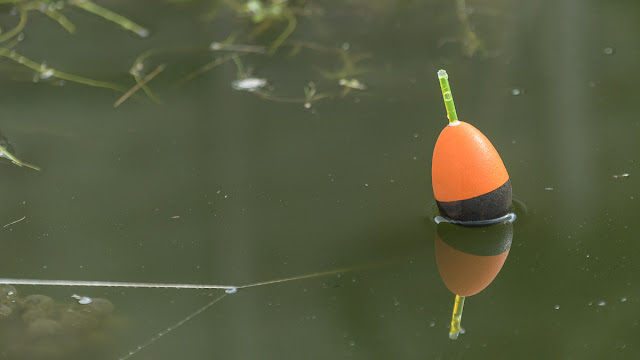 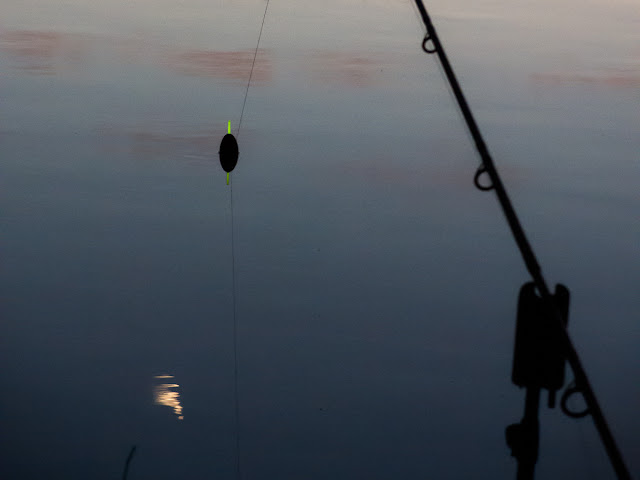 Two things became apparent with this float. Firstly it sits higher in the water than I'd expected so it would be more visible with a bit less black. Or no black at all - but floats don't look right in one colour! Secondly the starlight holders are a bit finicky. At least with the starlights I used one end is a tighter fit than the other. The slack fit can be too slack.
My previous starlight floats had used the clear tube which comes with the starlights to attach them. That was always a snug fit. Gluing a tube to a dead starlight seemed an easy way to do things. For maximum light emission I left the tube standing proud after gluing the assembly into the top of a foam egg. 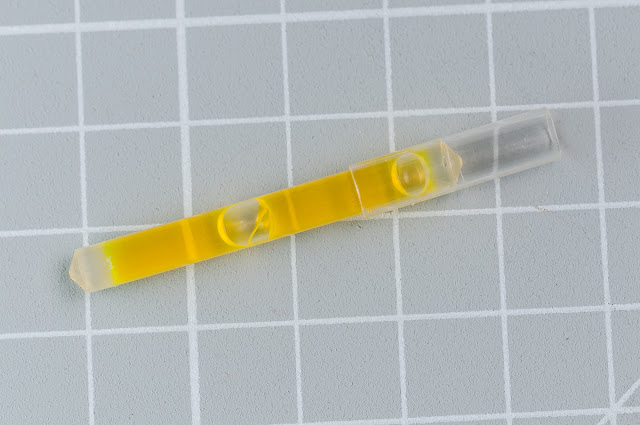 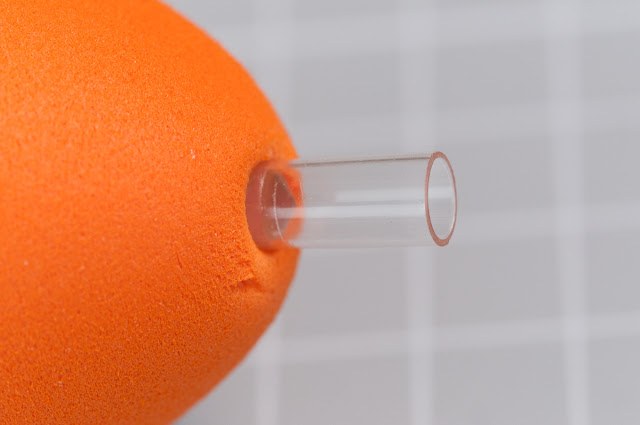 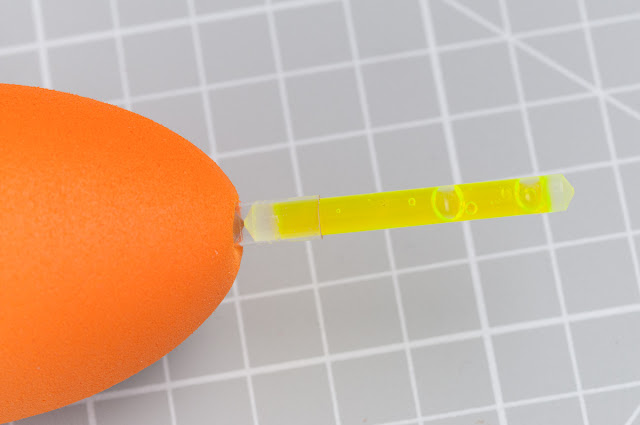 This worked just great. It was a bit untidy though. For the Mk2 I pushed it all the way in to sit flush, and painted a lower waterline. 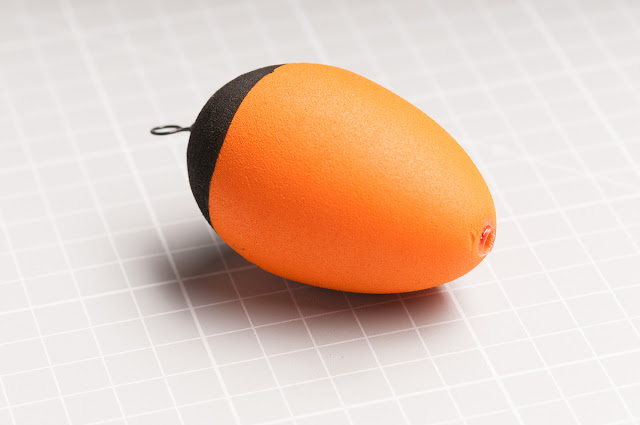 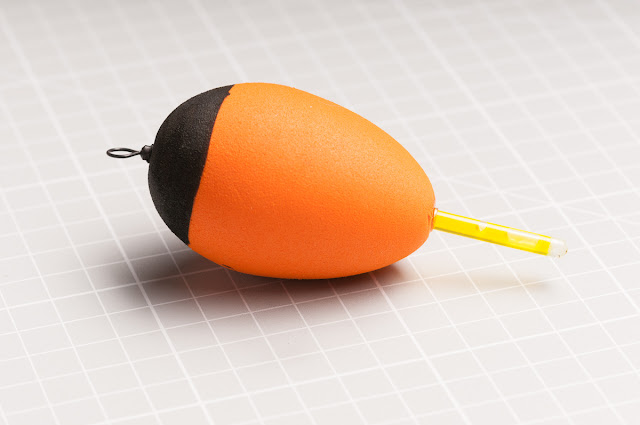 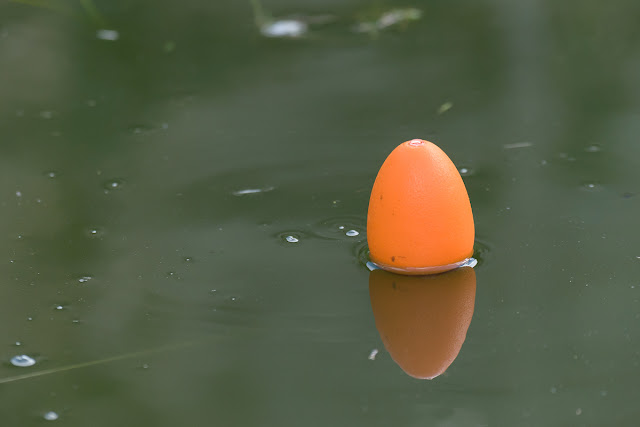 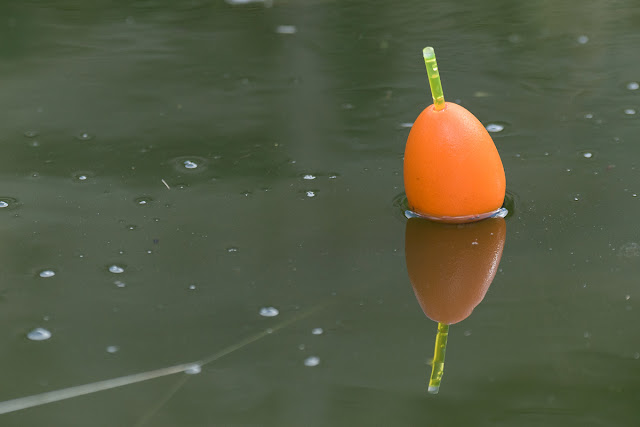 For increased visibility, which I don't really need where I've been fishing, I stuck a dead starlight in a small foam ball. It was just something to play with if I'm honest! It has got me thinking about push-in vanes for a drifter though! 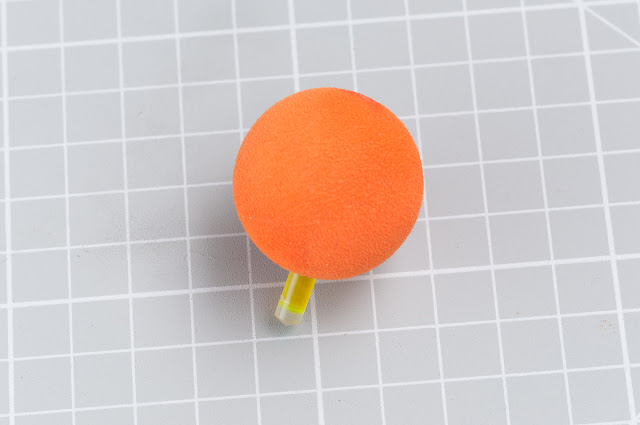 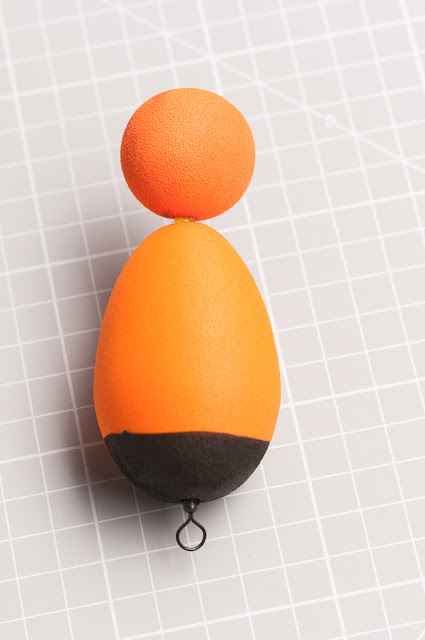 I think that's the end of my foamy egg float experiments. For now... It's a pity the orange ones aren't available in more sizes like the green ones are. Watch this space for green foamy ball and egg adventures!.
Posted by Dave Lumb at 10:48 am