Despite being a 'hole in the ground' the Railway Pond it's becoming naturalised and is surprisingly peaceful and secluded. It's also alive with dragonflies. Or it was on warm, sunny days with little wind when I'd walked around it previously. Common darters, black-tailed skimmers, brown hawkers and the usual blue damsel selection were out in force. Yesterday being warm but overcast and windy the dragonflies were keeping a low profile. No doubt a bit of stalking would have found a few more than I saw, but this time I had completely lost the plot and was there to catch c*rp.... 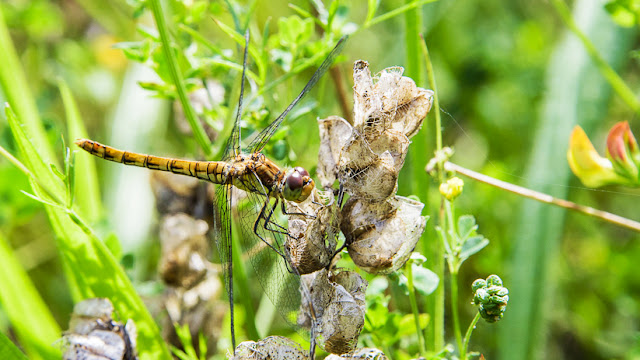 It must have been the challenge of trying to catch one of a handful of (possibly mythical) double figure fish out of a water that is stocked more like a breeding pond than a fishery that appealed to me. Or maybe I just wanted to see if the Delkims still worked! 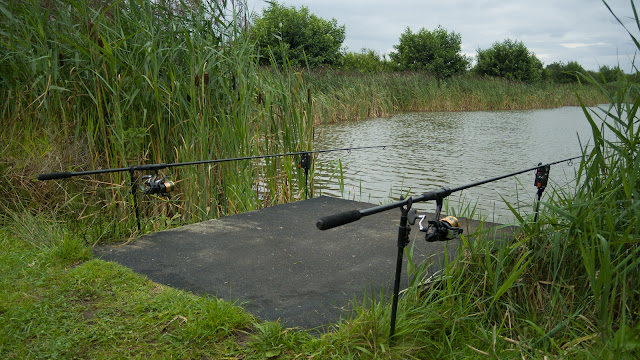 Tench rods and rigs would be ideal, so that was how I set up. With the usual tench baits too. It took only minutes to realise that two grains of fake corn or a 10mm boilie weren't going to deter the ravening hordes of pasty carp - nor the buffet sausage roll sized ones.

Even stepping up the baits to a 14mm wafter thingy or two 10mm boilies didn't do much to stop the nibbles and runs from the pests. The only way I found to reduce the activity was to stop introducing any feed. No sooner did a handful of pellets hit the water than a rod top would start knocking. A bag of pellets on the hook wasn't much better. No. Hookbaits only was the way forward.

Eventually it paid off and I found myself attached to something I couldn't swing to hand, but not close to a double -  although I've seen pictures of similarly sized (but unweighed) carp labelled as such. At least it was a common. If all carp were commons I would be more inclined to fish for them. Mirrors are just plain ugly. I don't care how big they might be, or what anyone else says about them, they're ugly. All of them. They were bred to have few scales to make them easier to prepare for the pot. Best place for them if you ask me. 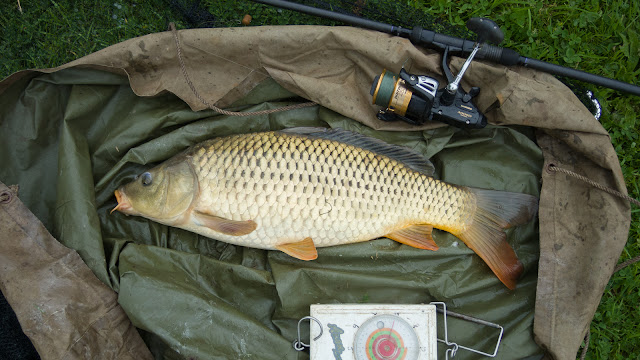 Four hours and twenty odd fish later I'd got the madness out of my system and made it back to the car just as the rain set in.