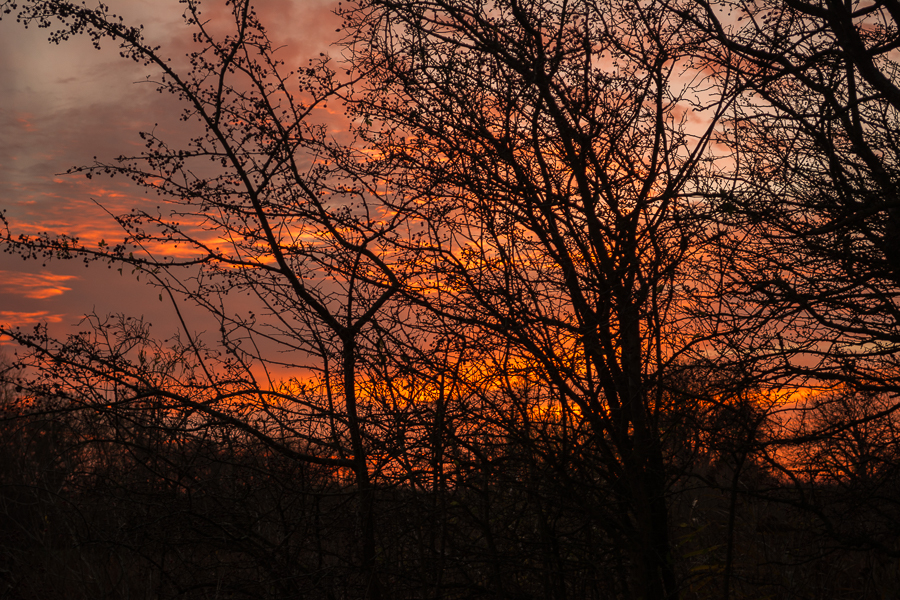 Not much time for fishing the week after my last post due to waiting in for non-arriving parcels and work. I managed a couple of hours up to dark on the Monday for nothing in what felt like good conditions. I put it down to poor swim choice after my Plan A was thwarted by an angler in the peg I fancied. A week and a day later I was at the water a little earlier with the choice of swims wide open. Again conditions felt good. It was still warm, there wasn't too much wind. The only negative factor being the clear water. I much prefer a touch of colour for fishing deadbaits. Undeterred I thought there'd be a chance as the light faded into a remarkably red sunset. It wasn't to be. Strike two. Another blank and it would be time for a change of venue and/or target species. 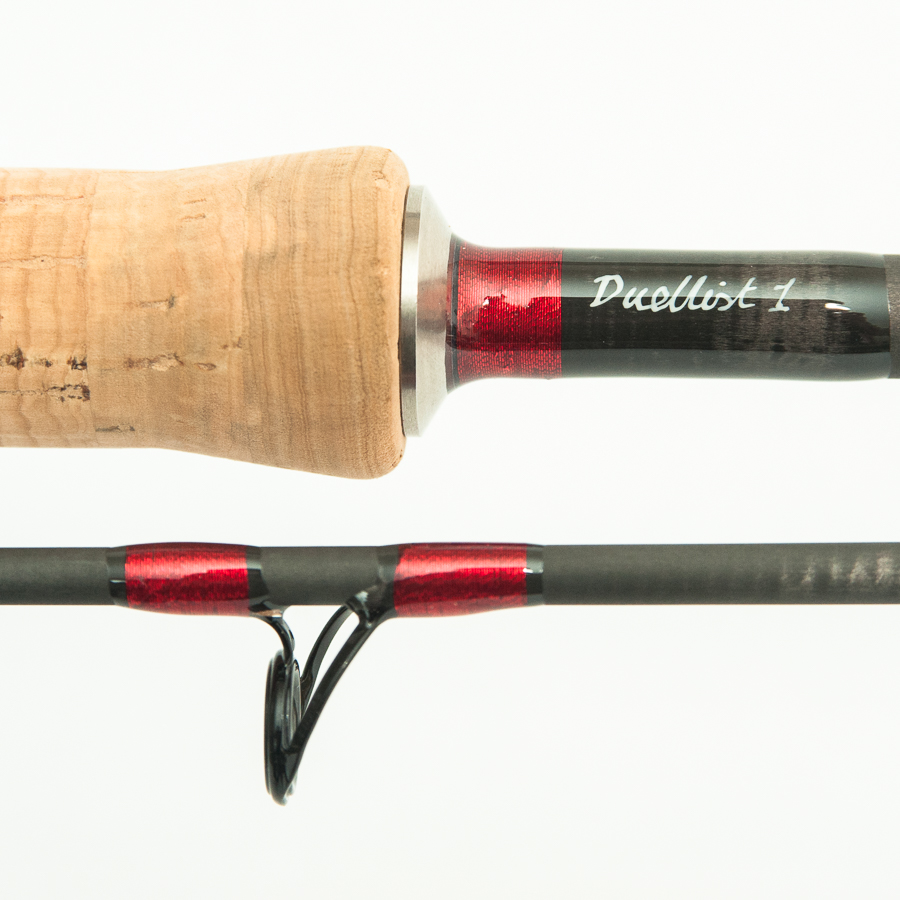 More work ensued during the week. I've been getting some strange build requests recently. Peculiar handles and stuff. One rod I thought would turn out looking absolutely vile actually looks pretty good - not to mention seasonally festive!. I'd imagined that whipping every ring on a matt blank with metallic red thread would result in a garish monstrosity. It's not exactly subtle, but it's a lot better than I expected!

When Friday came around I got as much work done as I could well before lunch. The forecast was for no rain, and it was positively balmy. I travelled light - no brolly, no waterproof over-trousers, and set up in a swim I'd caught from already this winter. Two float legered deads and one paternostered to cover three features. After half an hour I repositioned them.  After an hour I was on the move.

The same baits went out again. Two in the margins, one further out. The more distant bait, a banker lamprey head, I twitched back at intervals. An hour passed without incident. A small flock of starlings circled in the indecisive way they have before peeling in to their chosen roost. There was still an hour of light left when the flock collapsed into a conifer like sand falling through an hour glass. Should I make a last move?

There was no swim sending out positive vibes to encourage me to up sticks, so I repositioned all teh baits. The margin paternoster got cast a bit further out, the lamprey head was recast, and the bogey-bait (sardine) dropped right in the edge. 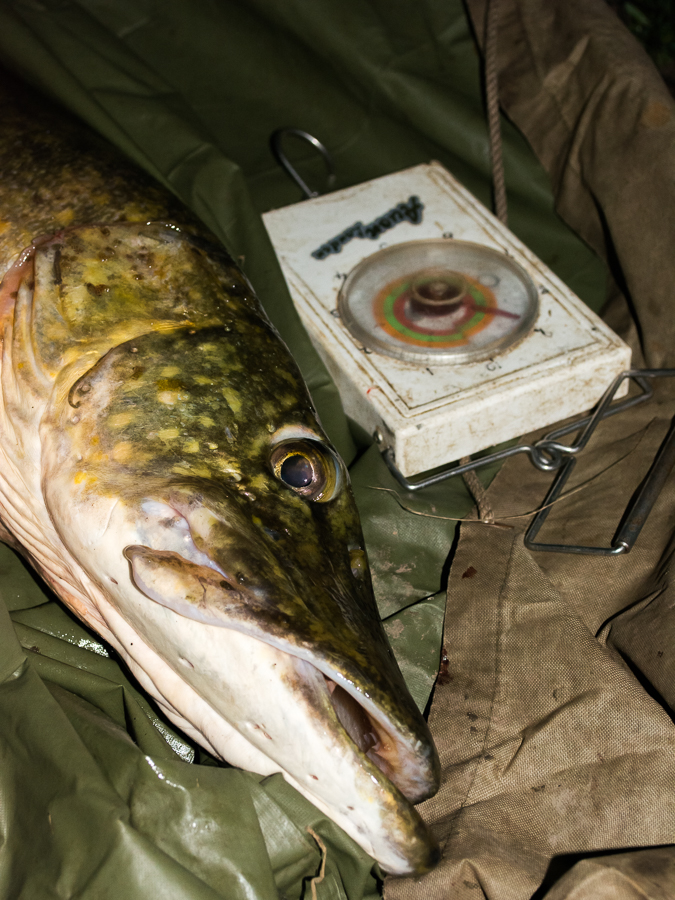 As the shortest day draws ever closer darkness can fall early on an overcast day. by four thirty I could barely see the floats. Something had spooked the starlings. They'd left the conifer and scudded low over the water at speed. Where they went, I know not. Owls were starting to hoot in the distance when I saw the margin float wobble. I kept a watch on it and it wobbled again. Then it disappeared heading away from the margin. I picked the rod up, turned the reel handle and connected with a wallowing weight. There were no runs, just a worrying slow, side-to-side head shaking that made me think the hooks would come free at any moment. I needn't have worried as both trebles were doing their job, one at each side of the fish's mouth.

In the light of my head torch the fish had a familiar look. A damaged jaw and the top of the tail missing. Pale and skinny looking it was the same fish I'd kicked the winter off with. I weighed her to check on progress and the scales pulled round half a pound further than last time. A good sign, but this time last year she'd been three pounds heavier. A few leeches and plenty of fish lice round the gills suggested a sickly fish. Hopefully one that's on the mend. As it was now pitch black I wound the other two rods in and walked back to the car to find the temperature in double figures. I was glad I'd removed my fleece from under the bunny suit before driving off as I was still too warm as I stood waiting for the fish to fry at the chippy. That dreaded third strike has been avoided. I can leave the pike rods set up.