After reading about someone using sandeel heads for eels on The Pikers Pit, something I'd tried unsuccessfully a few years ago, I thought I'd pick up another packet to save my coarse baits.That's why last Thursday I was rummaging around in my local tackle shop's freezer. The sandeels looked as small and useless as the last time I'd bought some but there were some packets of frozen squid in with them. I knew squid worked for catfish so it had to be worth a try for eels.

Later that day I was settling myself into a swim which had always been occupied on my previous visits to the lake, which looked the part for eels for some reason. The usual pads ringed the margin, with a gap to cast through, but it was a corner swim lined with reeds at one end and a willow overhanging the water. 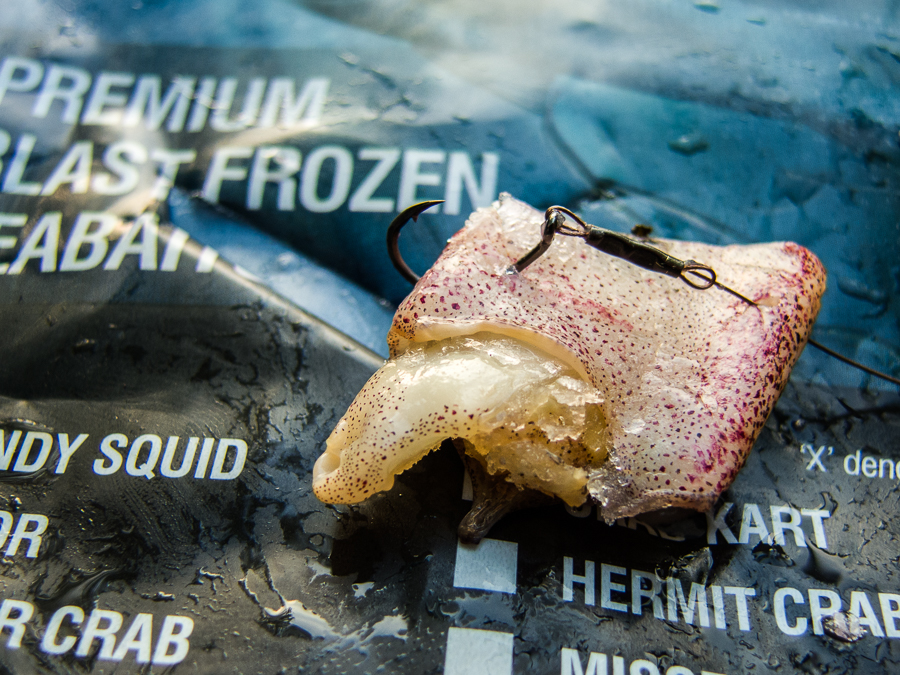 First out was a perch tail just past the pads to the right, followed by a bunch of dendrobenas further out to the left. It was only eight o'clock so when I had a take to the worms twenty five minutes later it wasn't unexpected. Anything could have been responsible. Twenty minutes later there was another run to the worm rod, and another an hour later. Five minutes after that I hooked what I took to be the culprit and landed a small eel of less than a pound. I use these dendrobenas out of convenience despite feeling that they attract small eels.

Swifts were squealing overhead, the shoal of fry I'd spotted in the shallows as I set up was getting harried by small perch, the day was closing down. Anyway, that small eel was my cue to try the squid. I cut a chunk off the end of one and threaded it onto the hook. When I cast it out the madness began. It took fifteen minutes for the first run to come to that rod. The drop-off dropped, the line ran out, I struck at thin air. I won't list them all but in the next hour the line ran out five more times! The second run resulted in an eel in the net. Not a big one but a first to the squid. 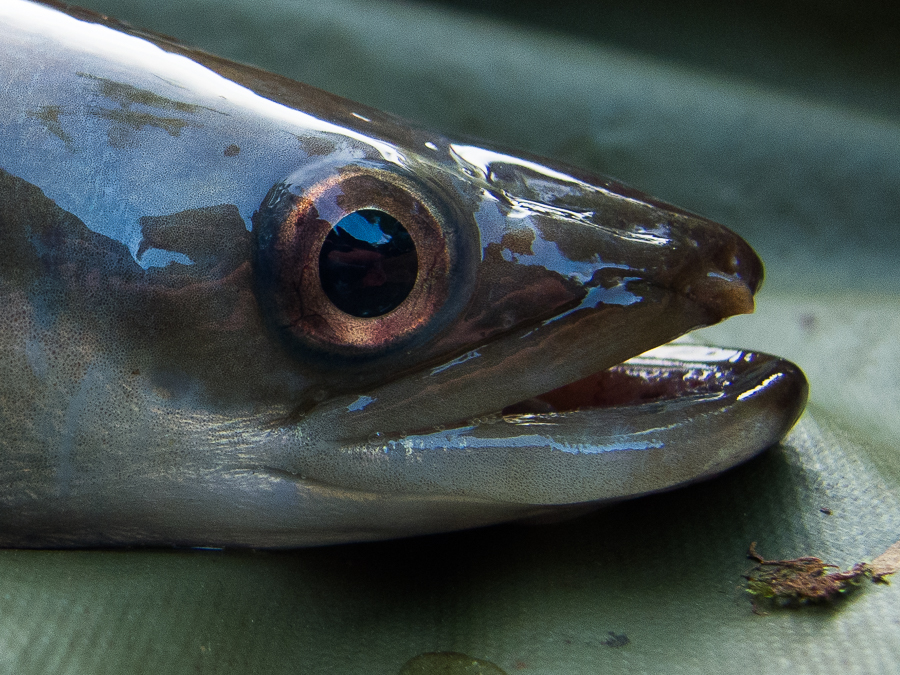 I'd abandoned the drop-offs and switched to fishing straight off the very slack baitrunner with no bobbin. Two runs later I hooked another eel, one which felt and looked bigger than the previous one, but which shed the hook. And so the evening went on. Runs galore. Three times I had both rods out of the water as I either rebaited one or had an eel in the net when the other took off. At one stage I fished squid on both rods but as the squid began to run out I switched to bunches of worms on one rod, which produced two more small eels. By quarter to twelve all the squid was gone and I was knackered!

Friday morning saw me raiding the shop's freezer for squid again, planning to use it on Monday night for a longer session in the dark. Once more I found a swim I'd been eyeing up to be free. Hopes were high, and rose higher when the, by now, inevitable squid bait on the left hand rod, fished out from the pads, was picked up and the baitrunner spun. Four more missed runs to that rod before nine o'clock gave me confidence that I would be on for a repeat performance.

I tightened up the baitrunner to give the eels something to pull, and maybe even hook themselves, against. The next take to that rod was a jerky affair. The line eventually began to run out smoothly and I connected oh so briefly with a fish. Five minutes later it happened again but this time I trapped the spinning spool as I picked the rod up and struck. At last. I felt the weight and writhing of an eel. It was soon on the surface and looked fatter than the skinny ones I'd had on earlier sessions. Alas it wasn't as long. It still managed to be the heaviest, if not quite a two pounder. It was a step in the right direction, even so.

Then, not only did the wide world begin to go to sleep, it seemed like the eels did too. The few runs I got after returning the eel came widely spaced until ten thirty when they dried up altogether. By eleven thirty my confidence had evaporated. The lake was looking fishless too. Maybe if I'd sat it out the eels would have switched on. I'll never know. I do know that I fished my first session on the lake in the next swim and that had been disappointing, my three best sessions so far having come from teh other end of the lake. I know where I'll be setting up next time out.