Before the rain came

Somehow or other I managed to get up early and to the water by four, rods out by half past. With the forecast being for the heavy showers of rain and hail accompanied by thunder and lightning I wanted to be doing the return journey before ten. All was quiet and still as I walked to the swim I had in mind. It was so warm that the fleece had to come off before I got the rods set up and the hemp fired out to left and right. 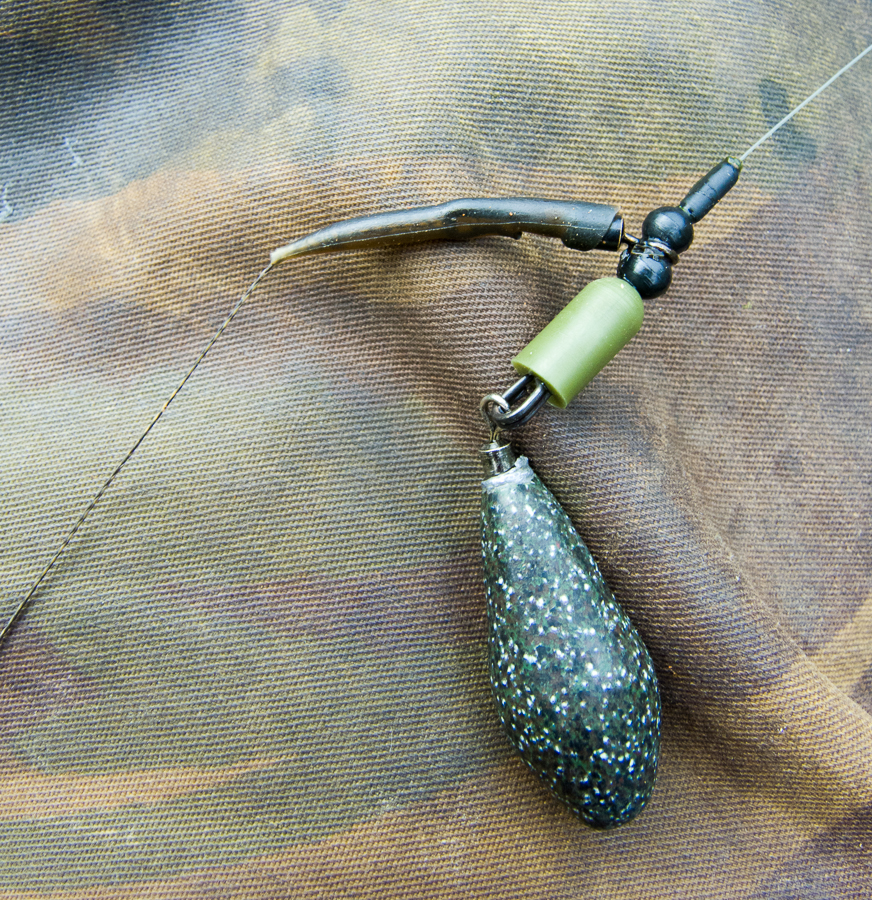 Rigs and baits were as usual. They're not working for the tench but I had no other options. The corn went to the right, a pellet to the left, both on in-line lead rigs. The third rod was cast straight out almost as far as I could manage. This was a helicopter rig baited with a pellet and the lead dropped in a small bag of mixed pellets.

Since last time out I'd re jigged the helicopter rig a little. I'd found a packet of some Korda quick change clips which looked like they'd do for attaching the lead to. It's only on helicopter rigs that I remove the leads when packing up. In-line leads pull off the swivel, slide down the line and nestle in the pocket of the quiver. The other modification I wanted to make was to do away with the bottom braid stop so the hooklink was trapped directly above the lead as this makes it a better set up for use with a bag in my experience. The John Roberts Buffer Bead sleeves the link and makes for a bottom stop the lower hard plastic bead can rest on. Everything else is as before.

With the attention I'd had over past sessions from unwanted bream I didn't feed any loose pellets with the hemp. I've never associated bream with hemp on its own, so my hope was they'd stay away from the two close range rods, and I'd take my chance on the distance rod and it's bag of bream food.

After an hour I started to get twitches to the left hand rod. Possibly liners. A few bubbles appeared over the hemp too. A breeze had sprung up making it a little cooler so the fleece had gone back on. Fifteen minutes later the rod pulled round and the bobbin dropped back. At first I thought I felt the jagging of a tench, but it soon turned into the dead weight of a bream. Not a big one either. I popped the hook out with the fish in the water and slipped it over the net cord. 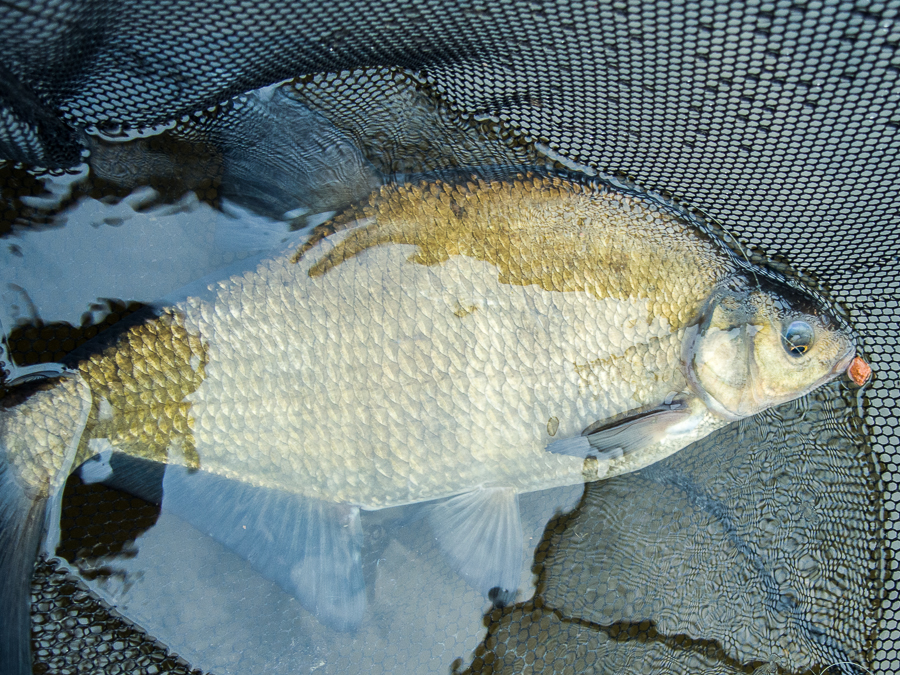 Rods were rebaited and recast. More hemp fired out over the close range baits. A common tern flew around diving occasionally for small fry. Reed warblers chased each other over the margins. Sedge warblers chattered away. I drank tea.

An hour after the first signs of activity the middle rod was in action. If the line pulling tight can be classed as action. A four ounce roach was wound in and returned. It was only twenty minutes before the same rod showed a more positive indication - a short pull on the line followed by a big drop-back. That couldn't be a roach or a bream. On the longer line it seemed to be fighting a bit too. As it came closer it got more breamy. Rolling into the net it was still a bit breamy, a bit roachy too. As hybrids tend to be.

Another half hour passed. A light rain shower made me get the brolly up. A few minutes later it was down again, laid on the ground at the ready just in case. The middle rod was away again this time to a small bream. A slightly larger bream took the other pellet at ten to eight. Then things went quiet and I started to plan my escape as it was looking black over Bill's mother's.

Sure enough rain began to spatter the water. Having seen no signs of tench it seemed wise to get away before I got wet. I was back home having a brew when there was a cloudburst. Four hours later and that's been the sum total of the vile weather that was promised. A bit of drizzle has all that's been falling so far. It might turn up later I suppose.