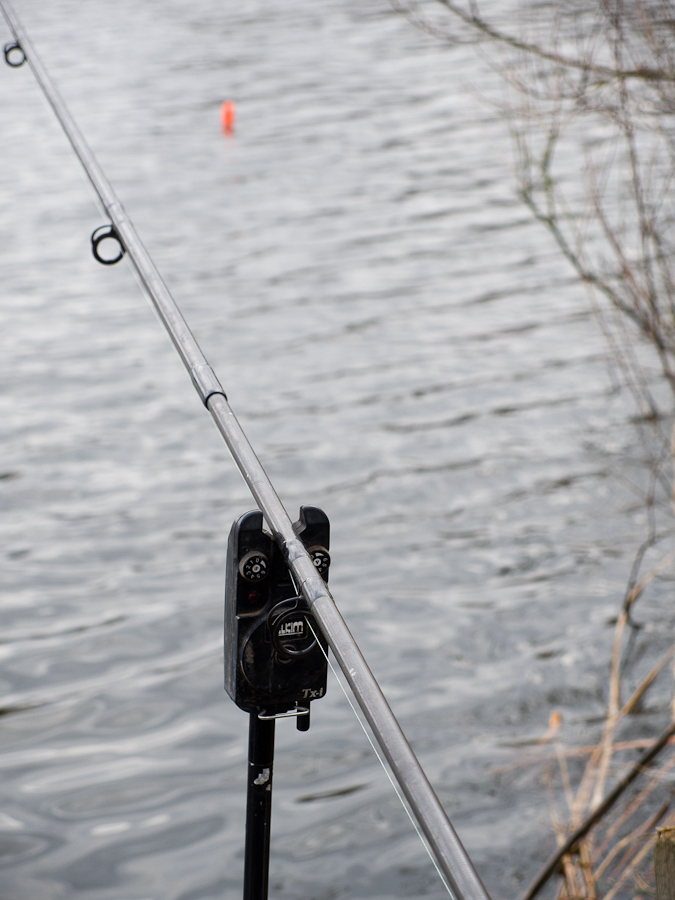 This run of wet and windy weather is getting on my nerves. It put me right off fishing for a while, so much so that when a dry day coincided with me having free time I've either stayed home or gone out with the camera. This situation hasn't been helped by my equally annoying run of blanks.

A fortnight ago I spent a perfect last few hours of daylight roving in ideal conditions without dropping on a pike. Someone else managed a couple, so I knew I wasn't far off. I think I might have moved once too often. I stuck it out until it was dark enough for the rats to come out. When one climbed a tree in my swim I knew it was time to leave.

Today I had planned to work but the sunshine and general springlike feel to the day made me think fishing was a better option. I spent half an hour in one swim before moving with the intention of sitting in one place until daylight had left. If roving had stopped working then the waiting game might.

Before settling in I chucked a Squirrely Burt around. It didn't take many casts before I felt a thump, saw a flash of pale silvery green followed by a swirl and a splash... and the lure coming back tangled with the leader. It looked about the size of the jack that lives in that swim! A few casts in the other direction produced a quick knock that definitely wasn't weed. There were at least two pike in the vicinity.

The regulation float legered lamprey head got dropped in the right hand margin while I did something different wit the left hand rod. The dreaded Bellars rig had a joey attached to the hooks. I don't know why I keep using this rig. It casts like crap and I never get a take on it. But it presents a bait over the last of the weed. 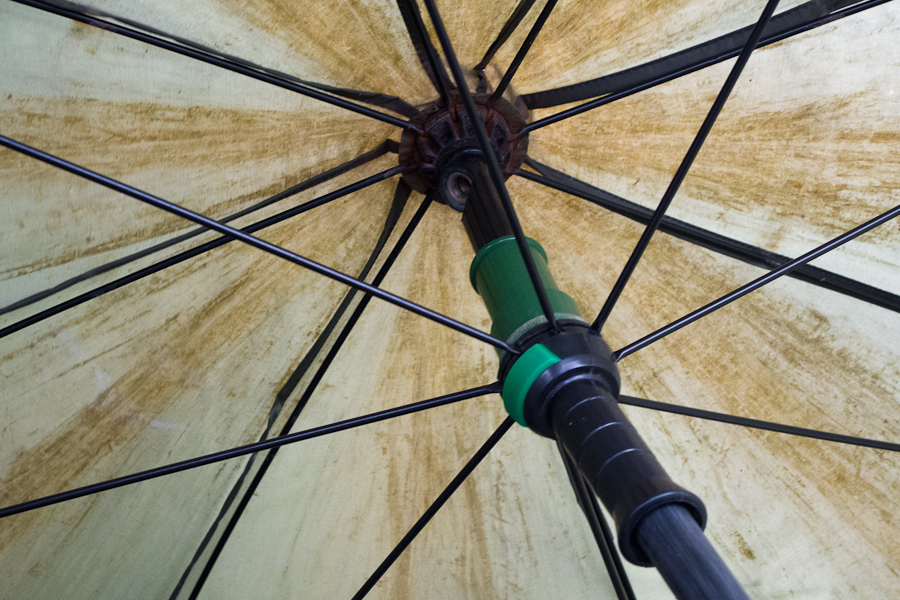 What had been a light breeze on the opposite bank became a cold wind where I was sat. Then a shower blew in forcing me to put the brolly up. With the wind in my face I had to tie the brolly to a tree and lose sight of one of the rods. The shower passed over so I took the thing down again.

The sun had almost set, although the light had started to fade when the cloud cover arrived, when the lamprey float moved and drifted in and under the rod. Then it stopped moving as I picked the rod up. I wasn't too sure if the pike had dropped the bait, or if it hadn't where it was. It was certainly close in. I hate striking when pike are almost under the rod end, the angle of pull isn't good for setting the hooks. I took up the slack and felt the fish before I expected to. My rushed attempt at striking met brief resistance followed by a second glimpse for the day of silvery green. This time a rather larger glimpse. There was still over an hour of the day left. I was still in with a chance.

The rubbish rig was swapped to a float leger. This proved to have been a bad move because when I wound the joey in to pack up it was swaddled in weed. I'd nearly popped it up, but didn't. Idiot. The lamprey, while weed free remained untouched. Two good chances and a third slight one and I'd botched them all. For a moment the blurry sight of the bigger fish got me thinking of a return trip in the morning. The return of the rain put paid to that daft idea. I'm starting feel like I'm going through the motions and to pine for tench weather so I can give up this pike fishing lark for another season.