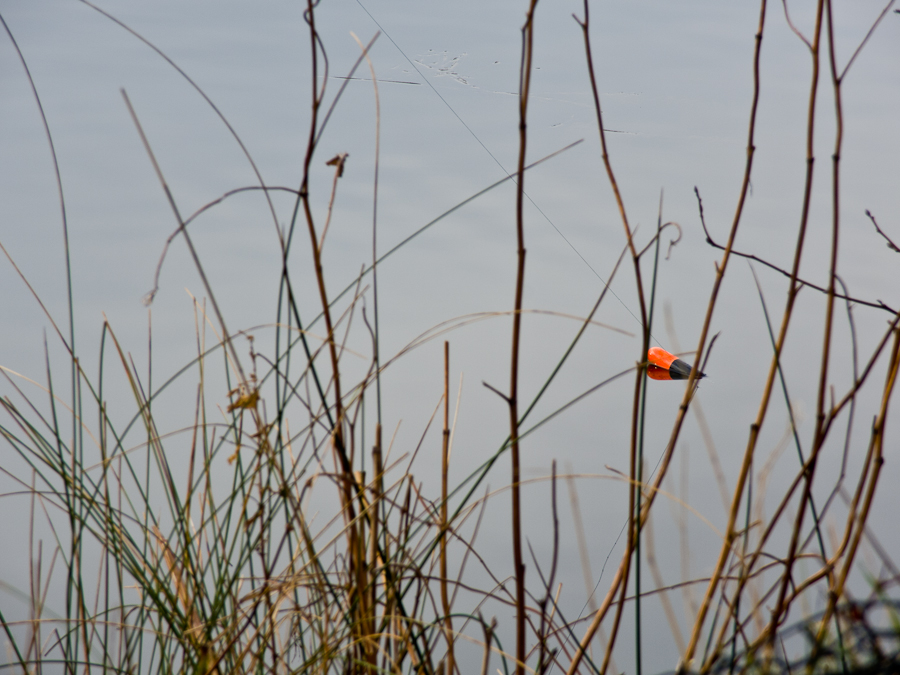 With the last day of February looming, and the weather forecast to be settled for a few days - settled as in not raining or blowing a hooligan - I thought I'd celebrate the 32nd anniversary of my first two double figure pike with an early start.

Scraping frost off the windscreen was a novelty for me this winter. Partly because crispy wintry mornings have been few and far between, also because I've not made many early starts!

The frost wasn't heavy enough to turn the churned up paths solid, so I still slipped and slid my way to the first peg of the day, getting the first bait out before the eastern sky had begun to glow red and while the tawny owls were still hooting to each other.  By the time I had the second bait in the water I was able to put the head torch away and pour the first cup of flask tea and the robins and blackbirds were finishing their dawn songs.

It was a pleasant change for the water to be unruffled by wind. Equally pleasant not to feel the chill factor the wind generates. Blue tits and wrens flitted about, a lone fieldfare flew over high up making it's raucous call. Four cormorants thought better of landing. The pair of mute swans mutely slept. The right hand float wobbled and fell over. 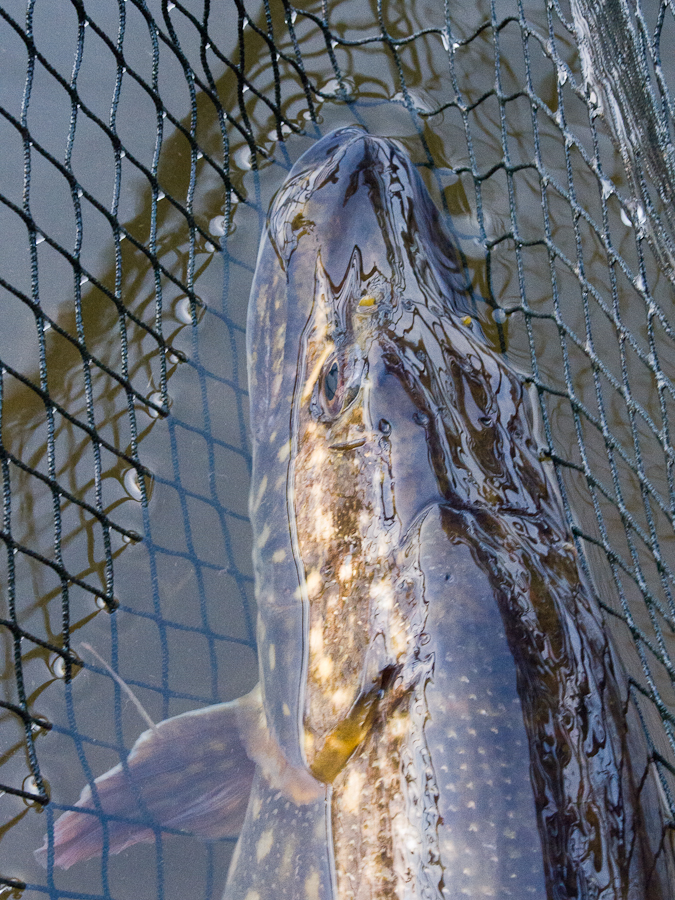 When I wound down, just as last time, the pike wasn't where I expected it to be and was closer tom me than the float. Clearly lightly hooked the pike saved me the job of digging out my forceps once it hit the net Not big enough to warrant weighing, carrying a few leeches on its head,  I took some snaps of it in the net before it leaped over the net cord and away. I hadn't blanked. A step in the right direction after my previous two sessions.

Half an hour later a move was in order. This time to a swim I hadn't fished before. With one rod in the margins I started plumbing around with the second rod. I'd just found a clear spot and was about to stick the bait back on the hooks when the float moved. The pike seemed indecisive, stopping and starting, so I hit it anyway. A fish of four or five pounds shot to my left before throwing the bait. Back out it went, and I started chucking my perch pattern Squirrely Burt around. When I thought I'd thoroughly covered the swim and was about to give up a rooter of a jack nailed it, did the spinning act and fell off. The joey mackerel went out to the clear spot.

I thought that was about it and started planning my final move when the margin float became animated again. Another indecisive take, followed by a repeat performance from another small pike (possibly the same one) that was hooked by one treble on its snout. I knew the hook would shake free. Which it did the instant I dropped the landing net in the water. The sun was breaking through the haze and I was soon on my way to my final swim where I spent an idle hour drinking the last of my tea before heading to the tackle shop for more bait. I'm hoping that these small pike showing up, and their finicky takes, don't mean that the bigger fish will have switched off prior to spawning just when I've got my pike mojo back.