Christmas Day was good for birdwatching if not for pike catching. I'd never seen a pheasant in a hawthorn bush eating berries before. Not the most dainty of feeders, it looked to be in danger of falling out of the bush every time it leant forward to take another berry!

At least the rain held off and the sun shone - which wasn't what was predicted for the rest of the week. A few swim moves and eventually one of the floats moved. I wound down, connected, dropped the landing net in the edge ready for action and the bloody pike spat the bait out. Not that pike do spit baits out. I'd not actually hooked the fish, which was obvious when I checked the bait to see the top treble had folded over and masked the points in the lamprey's head. No matter. It hadn't been a big pike so I was saved the hassle of unhooking it.

Sure enough Boxing Day started dismally with rain. When the sun did eventually break through I couldn't be bothered giving the rods another airing. So it went until today. This morning was bloody awful. The rain was lashing down so hard at one point as I drove in to town it was like driving through thick fog and it seemed like the day was never going to brighten up. It came as a surprise when, just as I started my lunch, I realised the afternoon was looking promising. So it proved. As far as not getting sokaed went. 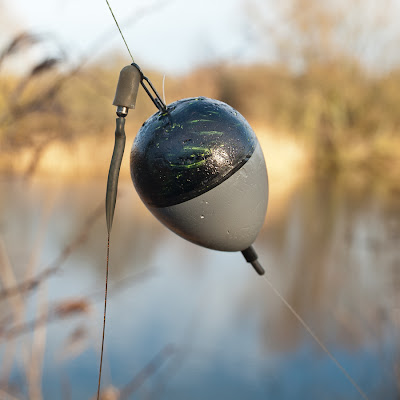 I had a couple of float legered deadbaits out by one and began work on a cunning plan to present a bait over the silkweed that is still carpeting the bottom in a number of places. As an area I've seen pike striking, and plenty of prey fish topping, it seems like a good idea to get a bait out there. My usual float leger rig just drags the bait into the gunge and a fixed paternoster is likely to cause other problems. Years ago I encountered a similar situation where the paternoster weight would stay put in the bottom weed and pike would drop the bait. A running paternoster sorted that out. So I sat down and cobbled one together. Having left the house in a bit of a rush for this unplanned session I grabbed the nearest tubed float I could find - and coloured over the bright yellow top with a marker pen to turn it into a sunk float!

By tightening up to the rig the overlong lead link is pulled down and the bait hangs close to the top of the weed. When a pike takes the bait the lead stays put and the line runs freely through the snap link. Not that any pike showed up today to put this into practice. Although I remembered this rig is an appalling caster ( the lead goes one way and the bait another) I'd forgotten exactly how awful it is. Some PVA around the snap would cure that ill, I suppose. Instead I'll be trying a different method next time out. Nothing showed any interest in my bottom fished bait either. My fishing year ended on a blank. One that I'd enjoyed and which had made me think a bit. Which has been the hallmark of most of my fishing this year.

I read somewhere that when you start fishing you want to catch the most fish possible. As you progress you want to catch the biggest. As you mature it is the challenge of the most difficult that becomes the driving force. I might not be fishing for the most difficult fish these days, but my current ambition is to catch the biggest fish I can from waters as close to home as possible. Living in the north west of England those fish aren't likely to be particularly large by national standards. Maybe trying to get as close as possible to what might be regarded as a specimen 'down south' is fishing for the hardest fish to catch? By 'close' I mean no more than 20 miles as the crow flies from my house, preferably half that distance, and better still closer than that. This year and last has seen me increase a couple of my 'local bests', but there's plenty of room for improvement. 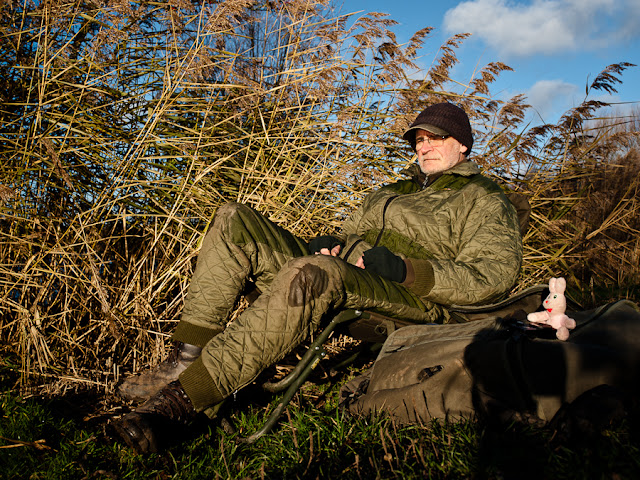 Customarily I look back at the year that's drawing to a close, and this one's been a strange one. The roach fishing I was doing in January should have been over by mid-March, but the lingering winter - which felt like it dragged on until May - kept me at it into April. Unable to get motivated for bream and tench I went straight into eel fishing. My chosen venue didn't live up to expectations. I'm not sure if that was because I started on it too early and didn't stick with it long enough, or because it wasn't likely to produce the goods. I rather suspect the former to be honest.

Getting things arse about face I left the eels alone in August, during the seemingly endless summer we'd been wishing for for years, to go fish for bream and tench. While this might not have broken any pots for me it did provide local bests in both species.

While spring had been a month or more late and hardly materialised, summer carried on into October and even now it feels more like autumn with reasonably high temperatures and only a few light frost been had so far. My piking was held back by work and weed in October and didn't kick off until over a week into November. It's been okay though, and has kept be from returning to the roach. The roach urge is still there, but when the pike bug gets me it seems to bite the deepest.

This year's list of 'big' fish isn't too impressive, eels to 2lb 8oz, roach 1lb 8oz, bream and tench to five pounds odd and pike to sixteen and a bit won't raise any eyebrows. However, for the first time in a few years I have got close to filling the annual A6 notebook I record my fishing in. This means I've done a lot of fishing, albeit mostly in fairly brief sessions, despite periods of absence from the bank through poor weather or falling over... In turn this means I've been keen to get out - which means that I've been enjoying the fishing. So this year has been particularly successful in that respect. Getting to grips with a new waters, or new species from old waters, has kept me thinking all year - and that's what it's all about for me these days. Doing the same old same old to catch fish without much effort doesn't float my boat.When the piking begins to pall I wonder what I'll fish for next? Here's to more new challenges in the New Year.