In between getting loads of runs from tiny eels, and catching a few of them, I've been trying to catch bream. Quite how big they might grow remains to be seen. Initial results are suggesting that is not as big as I have been lead to believe. It's given me a chance to play around with rigs and think about swimfeeders.

The approach has been pretty simple. Get some feed out and fish simple helicopter rigs over the top of it. The rig is a quick change swivel between two small beads trapped by a Fox briad stop either side. Another quick change swivel is tied to the end of the line to take the feeder and the hooklink attached to the upper swivel by its loop, a tapered sleeve preventing accidental loss.

Picking up where I left off with my breaming the only suitably sized feeders I had were 60g medium Korum cage feeders. These had been used with 2.5lb rods in the past, but as I sold those a while ago, and the range to be cast not great, I was using my trusty 1lb 12oz Interceptors. The loaded feeders could be lob cast on the Interceptors but seemed OTT for the job. I know someone who would have put off fishing until he had the right weight feeders to do the job. Not me though. Needs must and all that stuff. I managed. 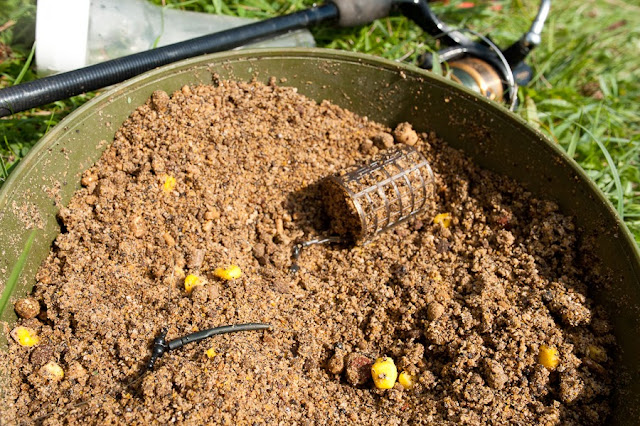 The feed was a mix of explosive feeder, hemp and hali crush, mixed pellets and sweetcorn. Hookbaits were the bream's favourite plastic corn, popped up half an inch or so, on one rod and an 8mm crab flavour pellet on the other rod. I started in early afternoon on a broiling hot day by removing the hooklinks and casting one feeder after another in rotation for almost half an hour. I was knackered!

It didn't take long for fish to move in to the swim and I was soon getting liners. Then a positive take to the corn. A bream less than half the weight I would have liked. But a start. 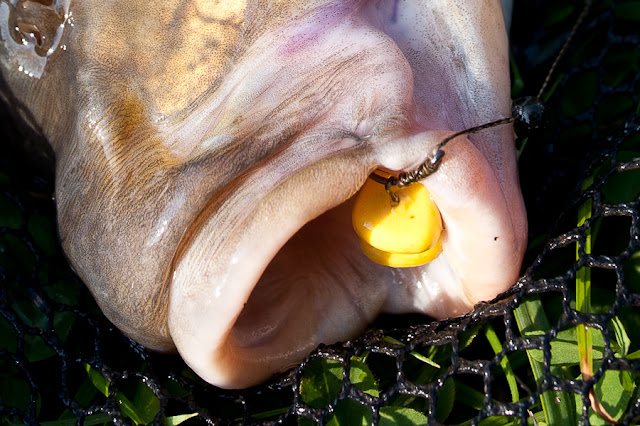 I spent the afternoon and evening watching the dragonflies buzzing over the water and occasionally landing on my rods. It was a quintessentially late summer afternoon in England. The sort we imagine they were always like in the good old days. Blue skies, white fluffy clouds, little wind and the faintest Vaughan William 'hum' in the atmosphere. I heard no larks ascending, only the faintest rattling buzz of dragonfly wings.

Even as the sun lowered below the horizon it remained warm. The bream refused to roll at dusk, although I did land another to go with the first of the day and another slightly larger one. Knowing my approach had something going for it I was keen to get back for another try before the weather finally breaks.

I was determined to get some more suitably weighted feeders for my second session. A trip to my regular tackle shop gave me only one option. Korum's Combi-Feeders (the only feeders you'll ever need). As a groundbait feeder they're identical in size (medium) to the cage feeders I had. At 45g they balanced nicely on the rods once loaded.

The ingenious thing with these feeders is the end caps are both removable, being linked together with powergum to hold them in place when fitted to convert the feeder to a blockend. It's a nice concept, being able to carry one feeder to do two jobs. If it works. 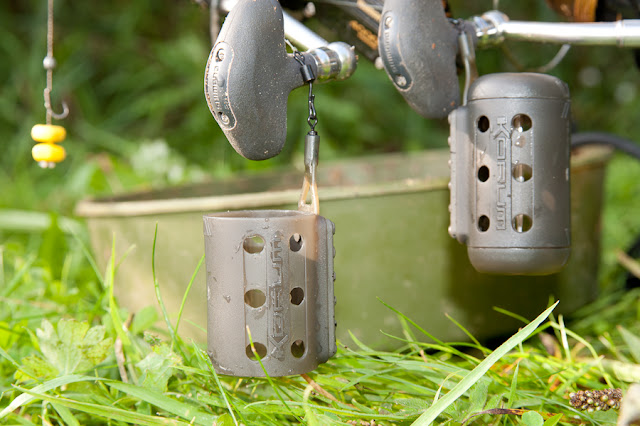 Rigged up with the new feeders I adopted the same approach as before on my next session, making a dawn start for a change. This time I spent rather longer baiting up as I reckoned the more bait I put out the better my chances of holding bream in the swim. Again it didn't take long for the bream to appear. One rolled over the rigs in short order. Liners started, but nothing positive happened.

After a while I thought I'd try one of the feeders in block-end format. It was sort of okay. As a feeder it did the job. Filling the feeder was not quite as simply done as with a dedicated maggot feeder. The caps aren't easily flicked off with the thumb of the hand holding the feeder. You also have to be careful the cap isn't pulled inside the feeder by the powergum. There might well be a knack that can be developed to make filling the feeder a smoother operation given time. My initial impression is that these are good open ended feeders which can be pressed into service as blockends at a pinch. They can't be too bad. I bought a third one today as a spare.

I've never found helicopter rigs to actually helicopter. Braided hooklinks seem to be able to tangle quiet easily, while stiffer mono links are less prone to fouling. This was frustrating me until I remembered the trick of squeezing a dampened PVA foam nugget around the mainline to nick the hook point into.

When mixing groundbait it's easy to add too much water by dunking the bowl in the lake. Some while back I started using a groundbait flavour bottle with a nozzle to add water gradually to the mix. Recently I have been using a Heinz tomato ketchup bottle. It works a treat. 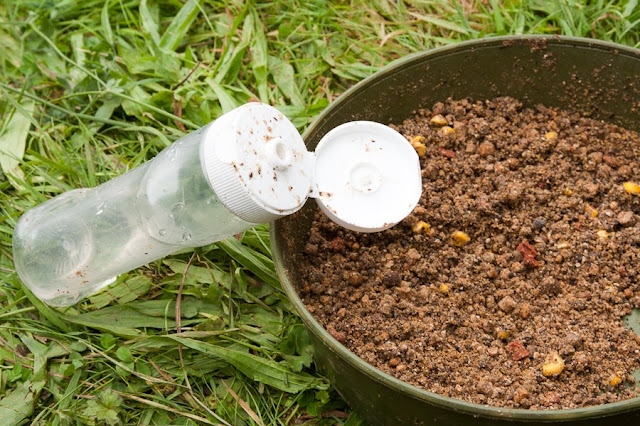 Next time I have the time for a longer session after the bream I'll adopt a different strategy. A stiffer bait mix will be used, more of it, balled up for faster baiting with a catapult, and used on method feeder rigs.

These feeders aren't the only gear I've been buying of late. More of which later.