Saturday saw me trying to stock up on eel baits while sweating and sniffling in the dry heat of early afternoon. I managed to catch a few, but they were mostly perch. Pike eat dead perch, so I'm sure eels do to. The intention had been to use them that evening until I changed my mind. Sunday would do just as well.

Before loading the car with the tackle I checked the internet for a weather forecast. There was rain due around nine but it would pass over before dark. Would it be heavy enough to warrant me carting the brolly to the swim I had in mind, or could I chance sitting it out in my waterproofs? I opted to risk the burden. I was glad I did. 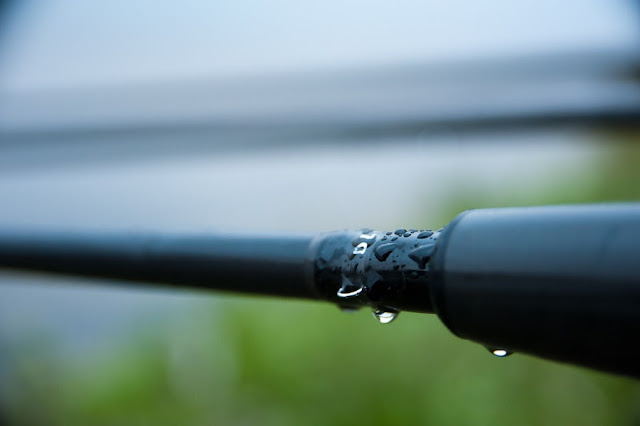 The eel rods were out before seven, with a maggot feeder rod in the middle of them. It seemed a good idea to try to fool some small fish into hooking themselves to supplement my sparse deadbait supply.

Not much happened. One single bleep to the legered deadbait early on, which I put down to the strong westerly which was blowing once more. The resident pair of grebes swam around accompanied by their two still tiny offspring. A sparrowhawk flew along the margins, right over my rods causing uproar in the willows. I saw the distant woods in the west turn hazy as the rain moved in an hour earlier than predicted. The brolly went up in the nick of time.

After an hour the rain eased and a weak glow from the almost set sun kissed the tops of the willows, too low and weak to dry anything out before darkness arrived. 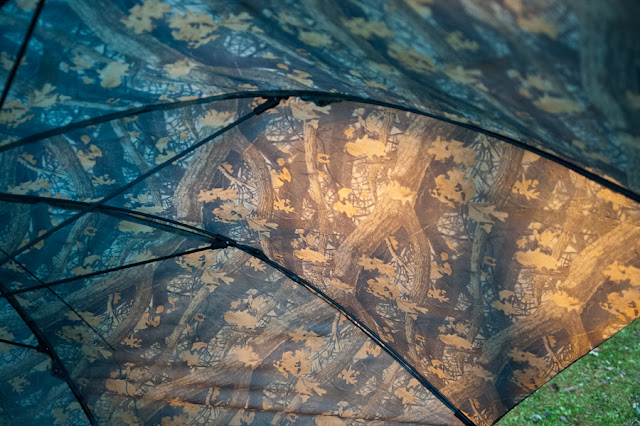 I wound in the leger rod to find the bait gone. Pinched by an eel when the alarm had sounded or dragged off in the weed on the retrieve was impossible to decide. I rebaited and recast, checked the off-bottom bait and put that back out beyond the weed edge then packed the feeder rod away.