What was needed was to concentrate on the job in hand and not set out in two minds. So Friday evening saw me determined to catch some small fish. Okay, I did have the eel rods with me but I left them in the quiver until I had caught something bait sized. Even then I only put a small bunch of worms out on one of them and carried on fishing with the float rod.

True to form the small fish came along at first to be replaced by perch that were too big as the maggots kept going in. Either they were coming in to the feed or the small fish. One way or the other that is often the pattern. The third regular occurrence is that once the sun gets to a certain height the better roach move in. Which they did. That was my signal to call it a day. I had enough baits to do me for a couple more short eel sessions.

Last week a former colleague of mine from Chorley Anglers asked me to shorten the handles on a couple of rods. He said they were 11ft Harrisons but as soon as I saw them I knew they weren't, and were built on Sportex blanks. I'm not sure if I built the rods, although the colour scheme of the whippings rang a bell. The job was simple enough. To save time and money all that was asked of me was to chop the butt sections down and fit new butt grips. 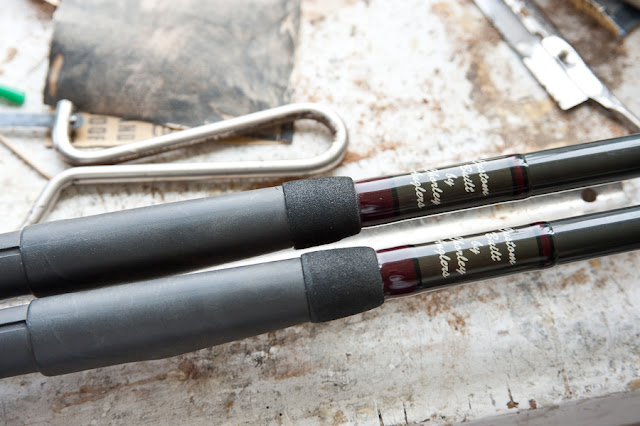 The butt Duplons pulled off easily enough and sure enough they revealed the Sportex blank codes underneath. I always liked the Sportex design policy. Make the blanks light, but not so light the walls are fragile, and use fastish tapers. They were nice to build on too. 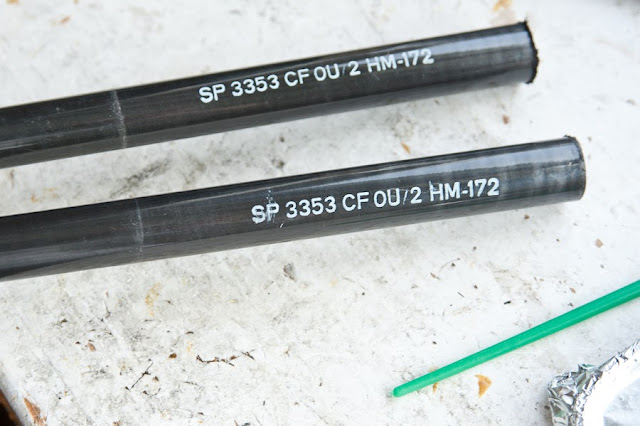 In the end I removed the Duplon cones from the backs of the reel seats, applied Japanese shrink tube to the butts, and with much warm water and soap slid new Duplon cones up to the seats. The original butt grips went back on in similar fashion and new butt plugs were glued in place. I should have taken before and after pictures...

Saturday evening I threw the gear in the back of the car and made a determined effort to catch some more baits. This time I didn't bother with the eel rods. It wasn't quite a bite a chuck, but they came often enough to stop me getting bored. The fish were all of a nice size. Until the perch arrived. Followed by the roach. As per usual. By then, however, I had enough bait now to see me through a few sessions so packing up was no hardship.

Stocked up with eel baits I couldn't wait to get out on Sunday after tea. I was guaranteed to catch. Everything looked spot on as I settled into a swim I'd not fished for some time. A female mallard was guarding her brood of eight tiny ducklings, a grebe was hunting successfully for food for its own chicks, the turquoise streak of a kingfisher zipped past my rods. The light breeze softened and the water went mirror calm rippled now and again by the occasional fish topping and clouds of bubbles breaking. A micro light buzzed softly in the distance as the crescent moon appeared to continue it's slow descent in the still-blue sky. Witching hour was approaching. Anticipation was growing. The bobbins remained as still as the surface of the lake.

As the air chilled so a light mist began to drift low over the water. My mind slipped back to all those nights such a mist had killed sport stone dead. I waited for it to be dark enough to require the head torch to pack away and did just that.