I did say that things might go slow on here this winter. So have I been piking? Yes, but not much. Have I been catching? Yes, but not enough. My pikey plans got thwarted through idleness brought on by failure and the bloody awful weather. The amount of rain we've had this year I keep expecting to see Noah and his menagerie float by.

Then the other day I remembered how much I hate scrabbling about on rocks while blanking and decided to put the pike rods away again. 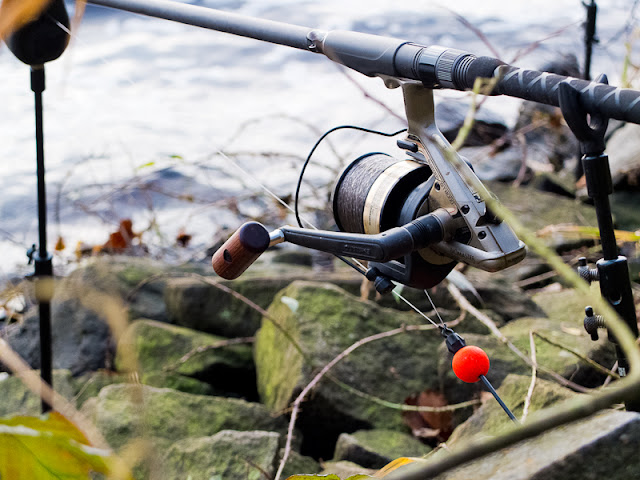 There is something new on the horizon that will be getting me on the bank though. A new (to me) water and a new challenge. I took a plumbing rod with me for a look around the place when I had some free time today, but not enough time to wet a line. I liked what I found and the grey cells have been in action. The gear has been readied, and all I need is a window to open so I can start trying to catch what I'm going after. There could be a surprise or two in addition to the target species.

However, this latest burst of enthusiasm was, as I've come to expect, immediately hobbled at its first step by today's arrival of some long-awaited rod components, meaning I've got rods that have been on hold to get finished.