Hip to the latest jive 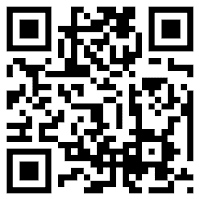 Ages ago I made the QR barcode on the right. I knew how they are used but couldn't think of an application for it (outside of sticking it in my adverts), and had even less idea if it worked as I don't have one of those 'clever phones', or whatever they're called, to scan it with. I'm not a Luddite, I just haven't had a need for a phone that takes pictures and contacts the interwebs. I can see the attraction of something like that, as a toy, but as I hardly ever use my mobile as it is one would be just that. A toy. An expensive toy.

Ah, but I could surf the web while I'm fishing. Er, no. That's one of the reasons I go fishing. To get away from the time sucking computer and waste my time trying to catch fish instead. Time wasted fishing doesn't make me feel guilty. Unlike typing this cobblers when I could be putting some orders together to take to the Post Office. OK. I'm having a brew right now. But often I sit here idly reading stuff that's not important when I could be either working or having real fun doing something real rather than virtual.

It only took a short time before I had two private messages about my latest avatar!  One thanking me and nicking the idea, the other asking how I made it.

I hope I haven't started a trend. If I have then forums will be filled with avatars that all look pretty much the same to human eyes and we might as well not have them!