Drifters don't have to be used simply to get as far out as possible on huge water, they can be used to cover water on small venues, and even on them there can be places just out of casting range. Also on very shallow waters, say four feet, a standard drifter always struck me as having too long a stem for fishing baits set at a couple of feet. The standard vanes also struck me as too big and can also move the float too fast at times. On small waters a large vane isn't required for visibility in the way it is on big pits and ressies. I made my first mini-drifter back in the 1980s for fishing a shallow sand pit and it worked a treat. As with my big drifter I fished it bottom end on a boom. This set up was my preferred rig, but meant having a rod dedicated to it, or putting up with the faff of rigging it up when required. Threading the boom was a real pain when on the bank.

More recently I made a small drifter that could be used on my normal stillwater float leger without having to break the rig down. That worked but I do like tinkering. Plastic vanes have never seemed ideal to me. They crack, fall off, and are just generally crap. I've seen carbon vanes somewhere, but they struck me as unnecessarily heavy. A few years back I bought some 3mm EVA (Duplon) sheet to make an attachment for a flash gun. Why it took me so long for it to click with me that it might work as a drifter vane material I put down to a lack of interest in drifting. Or old age! last week the lightbulb lit up when I was thinking of making some more pike floats. I only had black foam sheet but gave it a try. While I was at it I bought some foam eggs and some line clips. I'd used line clips on my last model drifter so I knew that bit would work.

This was to be a cross between my previous version, which was based on a design which appeared in Coarse Angler many years ago and the much imitated ET design. First time out it did what it was supposed to do as far as drifting a bait, unclipping under pressure, and being easily swapped to a bottom end float for fishing static.

The construction is dead simple. The only tools required are a pair of scissors, a craft knife, a heat source, and possibly a fine saw. For the illustrations here I am using orange foam sheet. The materials are the EVA sheet in a colour of your choice, a foam egg, a bamboo skewer, a swivel, some 3mm glued heat shrink tube and a line clip (I used a Tackle Box own brand this time). The only glue I used was some Gorilla Glue Clear to fix the line clip in place, although I'm not sure it was required. I coloured the foam egg and skewer using a UniPaint marker pen. Less hassle than a brush or spray can! 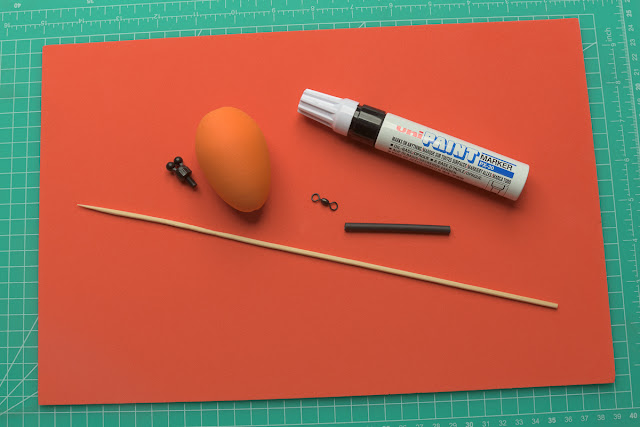 There's not much to the construction. Colour up the skewer, or not, and push it through the pre-drilled foam egg to get the dimensions you fancy and cut it to length. Attach the swivel to one end of the skewer using the shrink tube. This is a surprisingly strong connection and I'm sure would work for making leger stems, provided long casting wasn't required. 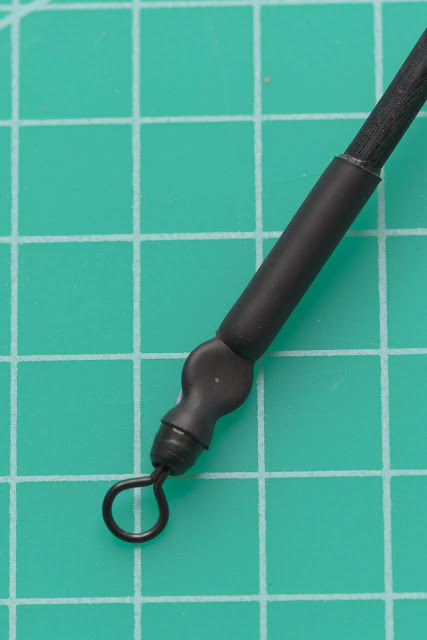 The line clip is screwed into the foam egg just above the waterline. I didn't bother to make it adjustable but set it to a tension that I thought would unclip under a bit of pressure before screwing and glueing. If you did want to retain the adjustability then you'd have to keep the glue off the mechanism. 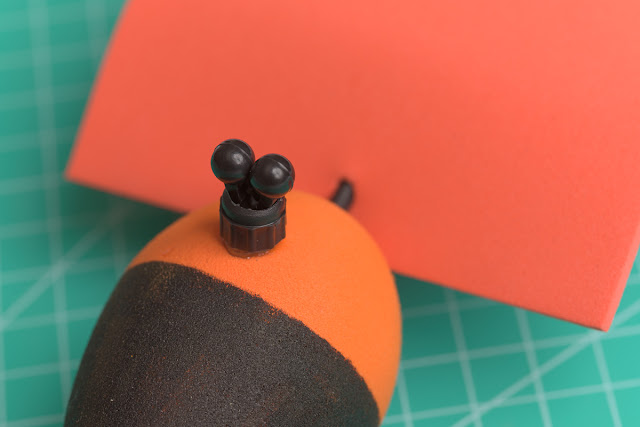 The egg can either be glued to the skewer, or wedged by building up the stem with more shrink tube. I opted for the latter approach on the prototype. Finally cut the vane to your preferred size from the sheet of EVA. Use the sharp end of the skewer to poke a couple of holes in it for the float stem to go through. The vane will hold in place. 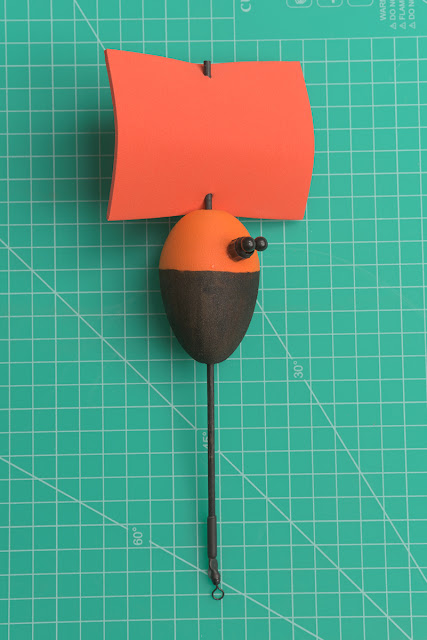 That's it. This photo shows Prototype 1 in use and should explain how it is set up. A one ounce weigh is just right to cock the float and a bomb clipped to slide on the line as for a float leger might look a bit uncouth but works well enough. I'm sure the pike won't care as that's what I used to do when float trolling! The float's swivel is attached to a snap link on the line as for a float leger rig. If you're paranoid and use an uptrace for drifting the lead can be clipped to the mid-trace swivel using a paper clip which will open out should the lead snag up. Alternatively use monster split shot squeezed round an open loop of weak nylon in link leger style. 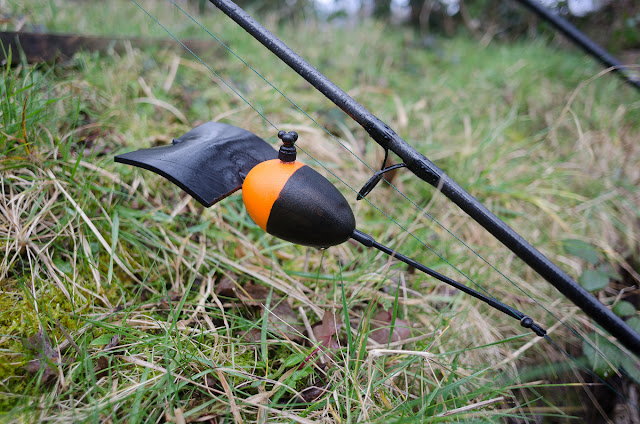 As yet this float hasn't sunk in anger. But it has been quickly swapped over to fish a float legered bait which caught a pike. And that was half of the thinking behind it's design.

Variations on the theme are, of course, possible. The same design will work at a more usual size but will require a different longer stem, probably using a different material. There's no need to use orange eggs, drab coloured ones will also work. The only concern I have is how long lasting the vanes will be. I wonder if too much abuse will see them split where they are pierced. If they do then I have a cunning plan to overcome that drawback. But given the price of the EVA sheet, it's probably easier to cut a load of spares. 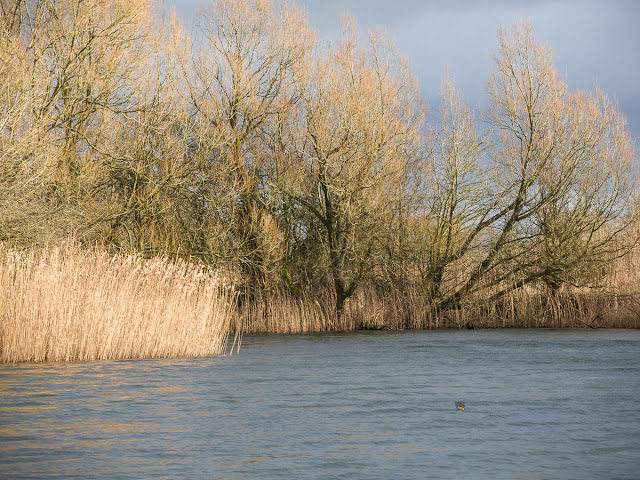