At last there was a mild, dry afternoon when I had some time free and I felt like catching some pike. The sun was shining, fieldfares cackling, and the late autumn sun casting a warm glow on the world. 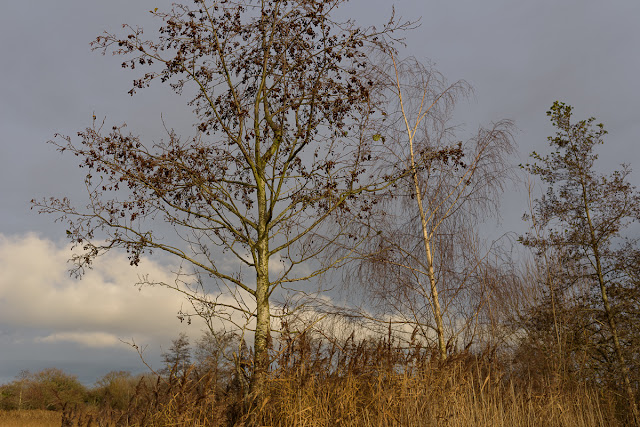 Everything looked so good it was a struggle to walk past swims which tempted me, but I was going to stick to my plan and fish 'bankers'. It didn't take long to have three baits positioned  in good spots. The smelt even smelled of cucumber, which I find is a rarity with pre-packed baits. When I bought them from Liverpool fish market back in the dim and distant past they were really strong smelling. A lamprey head end on another rod and a headless bluey on the third. All baits which have produced for me from this place. 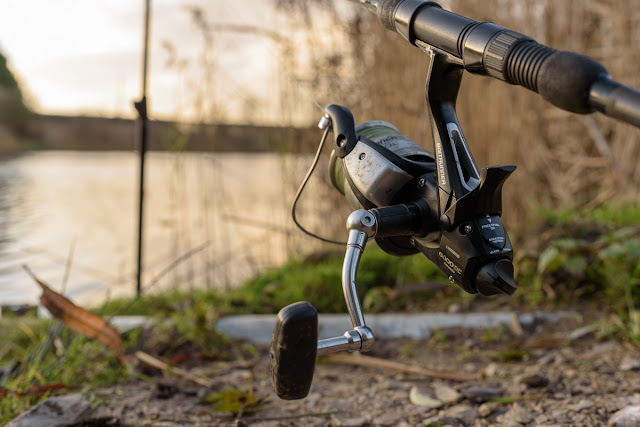 So confident was I that I stuck it longer than an hour in the first swim before moving to another which always throws a fish up around sunset. A close in bait has proved good in this spot so I sat well back from the water once the rods alarms set.

Other than a lone tufty, a dozen mallards and a couple of moorhens there were no other waterfowl to be seen. The starlings must have found a new roost as they didn't show up as they had done on earlier visits.

Once the sun had set I felt dew forming on my bunny suit, but it was still keeping me cosy. With my headtorch ready for action it would only be a matter of time before it would need switching on while I unhooked a pike.

I hung on until the floats were impossible to see in the dark reflections before admitting defeat. This is becoming a bad habit. Have the pike switched to morning feeding? Are they waiting until night time? Are they sick of deadbaits lying on the bottom? Are they still there? I guess trying again is the only way to find out. 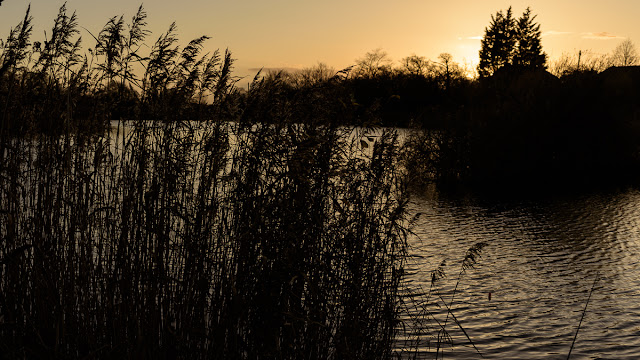