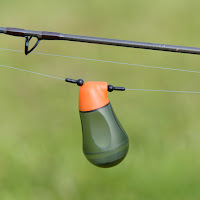 Maybe it's an age thing, having to make a lot of tackle in my youth, but it's rare that I use an item of tackle in the way the instructions describe or without modifying it in some way. Unless it's something simple like a bankstick.

Even though my repaired floater controller is now working better than before I still purchased a spare. The only ones the shop had were the Fox Exocets. A bit hi-tech for my liking, but needs must. Being designed for modern carp anglers it comes fitted with a snug sleeve to take the supplied swivel so it becomes semi-fixed. All well and good, but that way should you want to alter the distance from controller to bait it means changing the hook length. Also, if you are using a hooklength longer than your rod tip it's impossible to fold the rod in half with the hook in the bottom eye of the rod top. I pulled the insert out and rigged the controller between two beads and floats stops to make a fully adjustable, but still semi-fixed, set up just as I do with my old controller.

It works just as well. In fact it took about ten minutes to prove it worked after I started throwing mixers in last night. That the fish fell off was no fault of the controller. A few minutes later the thing got dragged under as a suicidal chub sucked down my bit of foam and set off at speed.

Carp and chub were really going mad for the mixers. Some of the carp looked to be bigger than the average. Six pounds or so. One or two looked bigger still, and a possible double was feeding a rod length or so out. The next carp to succumb to my fake bait wasn't a double, but it was a common. If only all carp looked like this one I'd be happy. Mirrors and leathers would be turned into fertiliser if I had my way in an attempt to purify the carp gene pool. 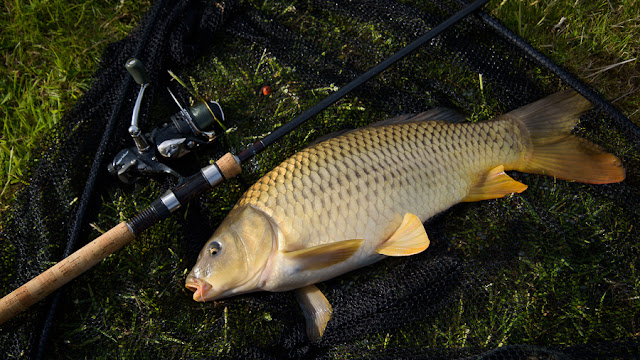 This was just a snatched session to put a bend in a rod before I headed to The Petting Zoo to fish into dark. Well, I would have fished into dark if I'd not left my headtorch at home. That meant that as soon as I started getting liners and fish were rolling it was getting too dark to see what I was doing and I had to pack up. This is the continual problem of trying to swap gear from one bag to another. I think I'm going to have to find a small pouch to put in the essentials required no matter which bag I'm using. Permits, sounder box, headtorch and anything else I will need. The pouch my new ET sling came in might do! 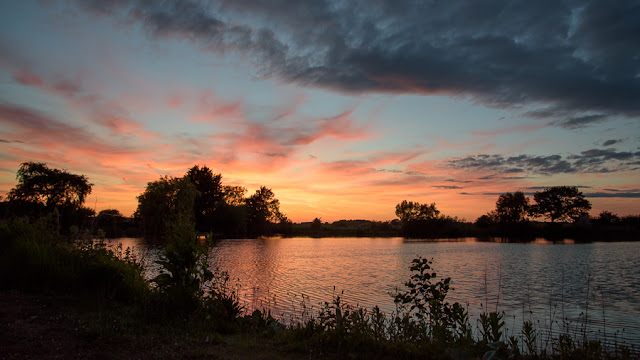