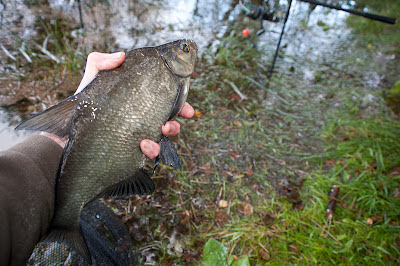 Nothing much of interest happening in Lumbland. I managed to forget the new prototype bait rod when I attended the PAC show in Harrogate. I've not managed to try it out again until today, when yet again it failed to land me any pike while my ancient P-1 landed two. I made sure the new rod had a livebait on it, but it was the half lamprey that got taken twice.

I was struggling to get fish to hang themselves on my usually fail safe bait snatching rig today. I was getting bites, the swim was stuffed with skimmers, some too big for bait. I can only put the poor hook up ratio down to using a different hook pattern. My local shop has had no Kamasan B511 hooks to nylon in since spring, and stocks little in the way of barbed hooks to nylon. I fear small barbed hooks are going out of fashion due to the proliferation of commercial fisheries that prohibit their use. So I bought a packet of some supposedly wide gape tied hooks that had a strange shape - to my eyes. Bloody rubbish they are.

Although it did rain at times, and the water level rose, the sun made reasonably prolonged appearances for a change. This gave me an opportunity to play with my fisheye lens. It makes for an extremely distorted perspective, but has its place for making striking pictures. 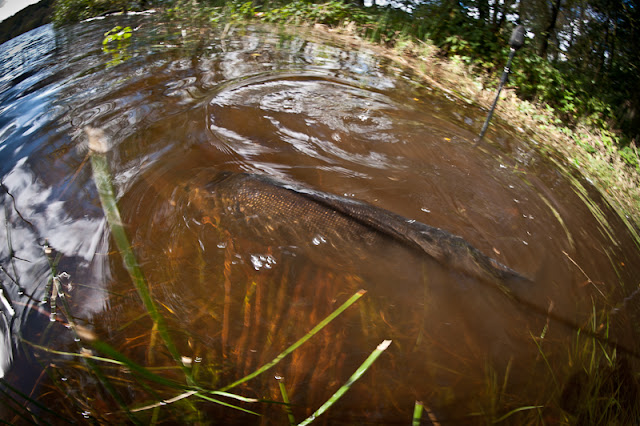