Nothing much to report in Lumbland. I picked a good afternoon (because the morning got eaten into) and blanked, a foul morning of rain and wind (but good water conditions) and blanked, and not much else. Settled conditions have moved in and guess what? I'm busy again. It's alright for these early retirers who really can pick the days, unlike hard working self employed rod builders with a troupe of varnish monkey's to feed... Anyroad up. I've got some gear for sale.

Three of these XTEA 10000s which I've used maybe half a dozen times (a couple of barbel sessions to try them out, one pike session and a couple of hours eel-blanking). All mint with spare spools. They're nice, but I can't get on with double handles and my ancient Spheros 5000Fs have the same spool size. Not that anyone would use it, but all six spools are freshly loaded (but only partially filled) with unused line - three with 15lb ESP mono, three with 50lb Power Pro.

All three reels and the spare spools for £200 posted. Sold pending payment. 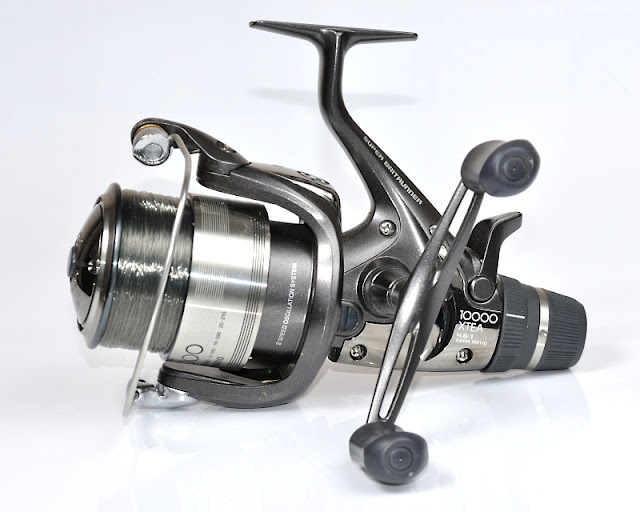 More stuff later when I can get some snaps taken.