I got the eel urge again yesterday. A warm day with a sprightly southerly blowing it was over 20 degrees when I arrived at the water. With the lake deserted my swim choice was unlimited. Fancying a change I plumped for one I haven't eel fished very often, the reeds to my left keeping the breeze off me and with a few features to fish to. 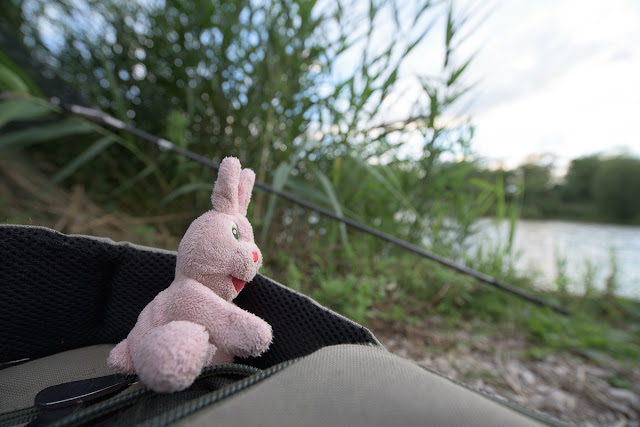 The usual rigs and baits were in place by eight fifteen. Two fishing the margins where eels are supposed to be caught, one in open water where I have more success on this venue. No instant action this time. It wasn't until just before the stated time for sunset in my tide table that the first worm snatcher made off with a free meal from the leger rig in no-man's-land. Twenty minutes later the same thing happened to the off-bottom worms in the margin. 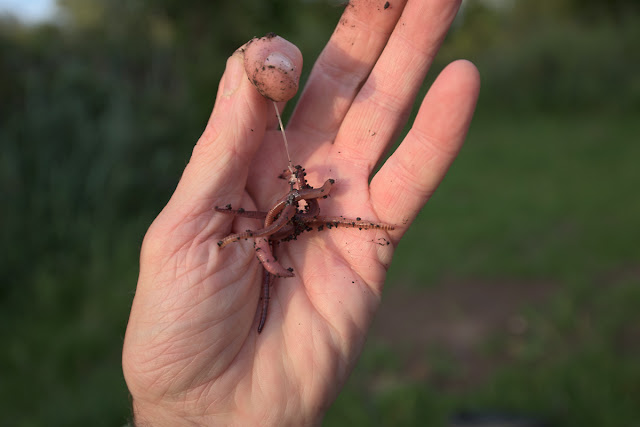 It wasn't a case of cast out and an eel homing in straight away. It took half an hour before the suspended bait was nabbed again. This time I connected. With another bootlace. One that did a Houdini in reverse and tangled itself up so badly it became almost rigid. That didn't make it any easier to unhook though. I still had to chop things up and re-tackle after returning the pest. 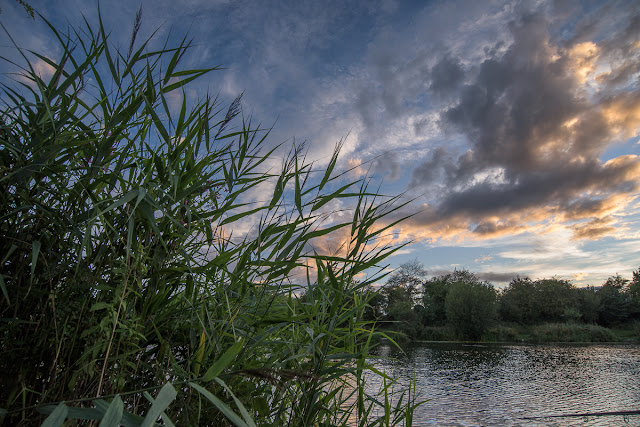 The air temperature stayed up as the sun set, the wind swung to the west a little before swinging back and maybe easing off. A flock of starlings swirled briefly over what used to be one of their roosting sites. A large conifer which has been chopped down. They must like the location because they dropped behind the tree line in roughly the same place as the tree had stood. There must be another roostable tree or hedge there for them.

The large mallard flock wasn't in evidence, small groups of them were sitting in a couple of swims, heads tucked under wings, beady eyes alert, as I had a look round before choosing my swim. A great crested grebe and it's near grown offspring were cruising a lily bed.  Other than that bird life was quiet.

While re-tackling the rod that was out of action, I had to tie up a hooklink as I 'd come unprepared in that respect, another worm snatcher attacked the leger rig. Ten minutes later the same rod was in action. For once an actual run that took line and showed no sign of stopping! Result a slightly larger bootlace than the first one, but lip hooked and easily released. It must have hooked itself. 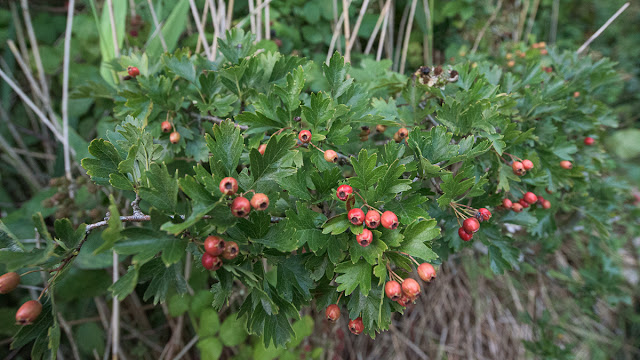 Haws and blackberries were ripening in my swim making me think of autumn. August is a strange month in the turning of the seasons. One the one hand it can be hot and sunny, a time for summer holidays, yet on the other fruits and berries are starting to appear as the leaves begin to darken and grasses turn straw-coloured.

That bootlace was my lot. The bites and twitches, which hadn't been frequent, became more sporadic until they stopped altogether. By eleven I'd given up hope, but as it was still warm I hung on for another half an hour before calling it a wrap. Time for a change of venue or species I think. 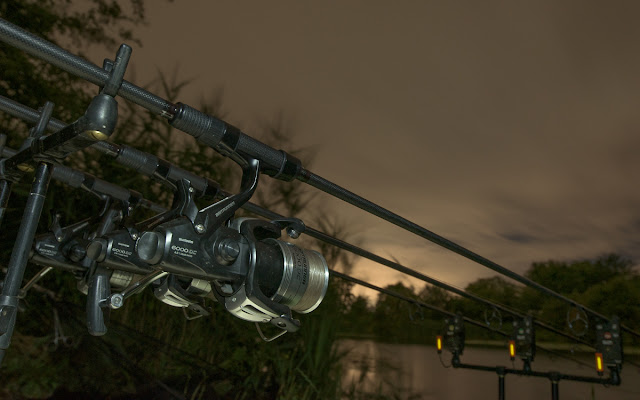