It didn't take long for the hawthorn to catch up with where it ought be. One week on and the bushes were a froth of white blossom. The sun was continuing to heat the world up, and apparently put the pike down as I fruitlessly chucked a fresh selection of lures around for a short evening session. 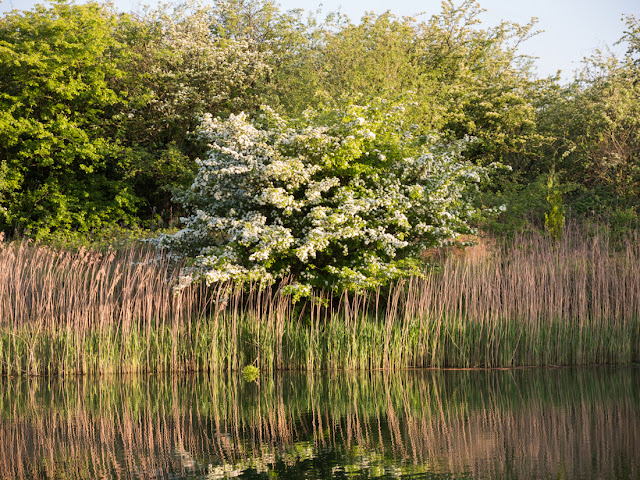 For some reason, quite possibly the state of frustration I seem to get in when the weather is hot, once something goes wrong in that sort of weather I get ratty, which makes more stuff go wrong, making me even more narky. That was why I'd gone fishing in the first place. To chill out! 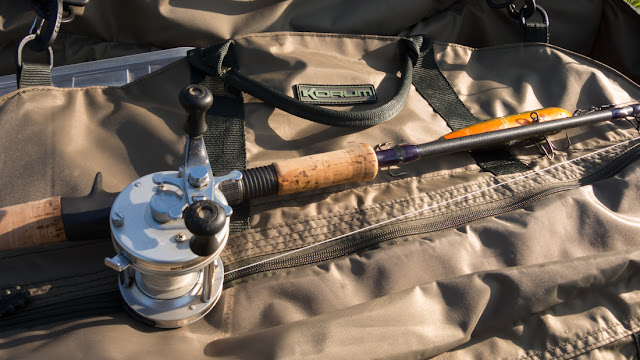 After that session a load of rod bits I'd been waiting for for ages all turned up at once, meaning it's been work all the way since then. I have relieved the boredom with a few 'project' builds. One is a rebuild of a rod I built a long time ago, another is a pair of E-glass downrigger rods. Those are paying jobs. The third is an ultralight rod I've just finished off which is a bit of a cock up. I'd been asked if I could build an ultralight rod and said I had no source for a suitable blank. A couple of days later I remembered I did have a source and ordered a two piece, seven foot two, ultralight blank. When it arrived I'd forgotten who had been looking for on. I guess it's too late for me to change my ways and get organised!

As I had to order some fittings from the USA for the downrigger rods I added some fancy bits to the order to make up the ultralight. When they arrived I started playing around with them on the blank in the downtimes waiting for glues and varnishes to dry on other rods. It's turned out quite nicely. 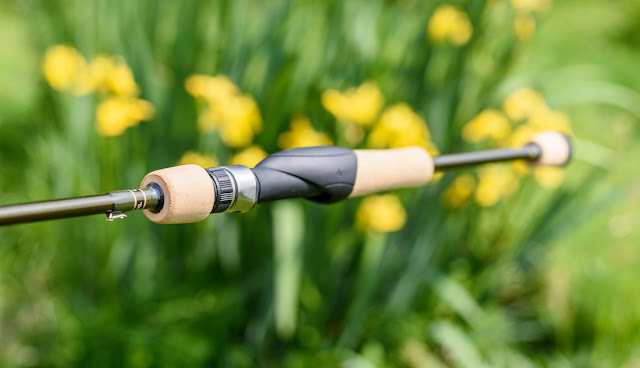 Split grips seem to be in vogue on lure rods these days. I have no idea why. I don't think they are very practical. As for the humpbacked reel seat. It feels better than it looks, but my sweaty hands would soon have the soft-touch finish rotting and peeling off! 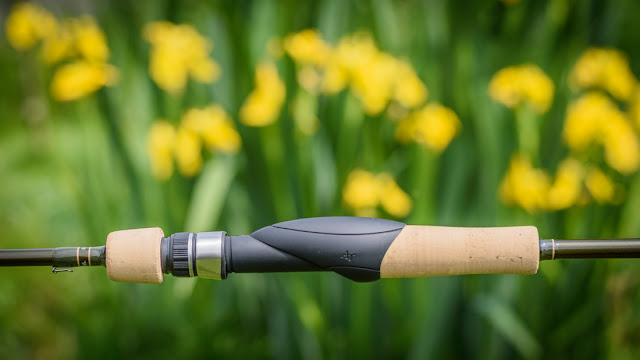 Had I taken a bit more time considering the build the foregrip would have been changed. It doesn't convince me as it stands.

Thread colour was a tough decision. The blank has a sort of metallic hint to the olive. I went with olive thread tipped with three turns of a sandy shade. How to finish the folding hook keeper was a test. The other week I'f fitted one to a barbel rod for a customer who wanted it a few inches above the rod's handle. I did that and the lettering went between keeper and cork. It looked quite nice. So I scaled the concept down for the ultralight, and did some tricky small lettering. 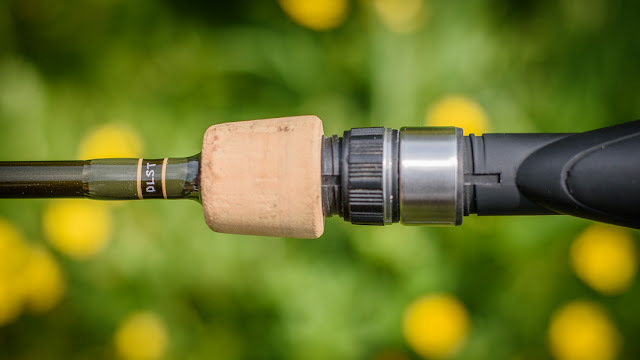 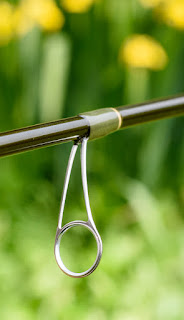 Ring selection was another conundrum. A couple of years back I built some light spinning rods for a customer with high stand off single foot Fujis. They were on my radar but the frames are a bit heavy for such a light and fine blank. While browsing the US supplier's website I found some similar rings from PacBay in their Minima range.

I've fitted Minimas to a handful of rods for customers, and have a set on trial on my FXH prototype rod. I don't like them. The frames are light but a little agricultural compared to Fujis, and with heavy braid they can be a bit noisy. But for a light rod, to be used with light lines for lightweight fish they will be no worse than the hard chrome rings we used to use in the Dark Ages.

Because the reels used on UL rods have tiny spools there's no need for over-large butt rings, and standing off so much the ring centre is more in line with the spool than it would be in a lower set ring. Whether I'll give this rod a run out remains to be seen!

Talking of the Dark Ages. Here are four canal tench I caught back in 1981. First up is a rare 'bag shot'. I usually returned each tench after weighing. 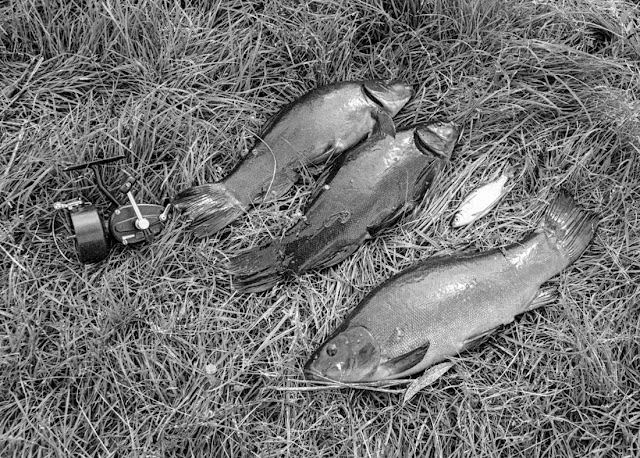 The second picture is of what remained my PB for some ten years before it was beaten by a fish over twice the weight. It's still my PB float caught tench! 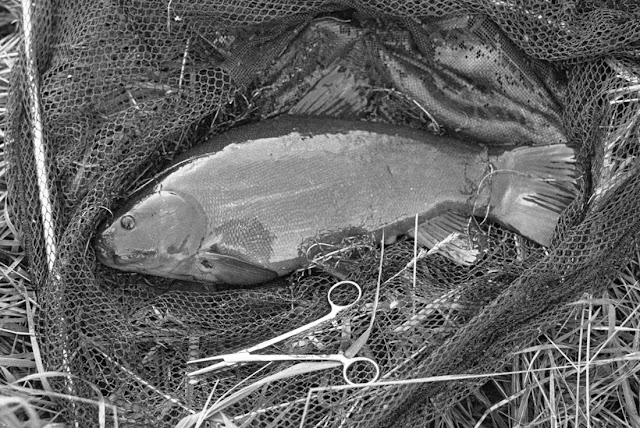