Going through the motions

Other than work, I couoldn't think of anything to do this Christmas day. A few days ago the weather was forecast for the day to be a wash out. Yesterday it looked as if the rain wouldn't arrive until late afternoon. I must have been in half a mind to get out early for a change because I was up and about while it was still dark. For some reason I started some work and had that done before nine.  There was nothing for it. The sun shining must have decided me. The gear was in the car by half eleven and the baits in the water by twelve. 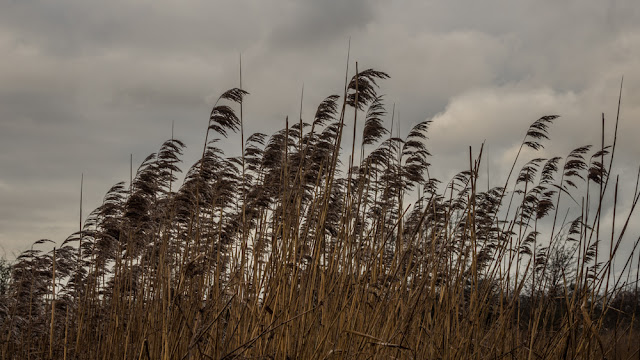 No doubt the southerly wind accounted for the temperature being in double figures. No need for teh bunny suit. No need for the waterproof jacket either as the rain wasn't due until five. Even so I'd put a brolly in the quiver, just in case.

Tucked in by some reeds I was nice and sheltered, the three deadbaits fanned out in spots which had produced in the past. Settle back, crack open the flask and mini pork pies, and wait. Twenty minutes later the brolly was up. 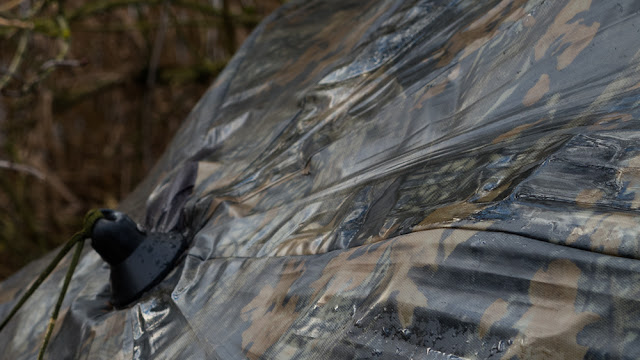 The rain was light and didn't last long before the sun shone once more. Time for a move. In the new swim I took advantage of the wind and after removing the lead from the rig and pinching a couple of extra large swan shot on to the trace drifted a sardine to the far bank. With that done and rain threatening again I was ready for a change of scenery.

The first job was to put the brolly up to keep the chair and rucksack dry. Then the baits went out. All legered again and also to previously productive spots. It was like fishing by numbers. For some reason my confidence level rose. A little. Twice I experienced strange indications. Once to the sardine and once to the bluey tail. The Delkims gave a short trill, the floats lay flat, the baits were unmarked. Odd.

Initially I had intended to move one more time, but a combination of rain and confidence conspired to make me stay in this swim until dark. Shortly after three I saw the furthest float dip and rise. Had I been float-fishing for roach I'd have cursed a missed bit. The float did it again. Then the Delkim gave out a single bleep. By now I was holding the rod and saw the float was definitely on the move. A couple of turns of the reel handle and a pike was hooked. Plainly not a big one, but it would have to do! Although only a tiddler it was well marked, and more yellowy-brown than usual from this water. It also seemed to have a short snout. 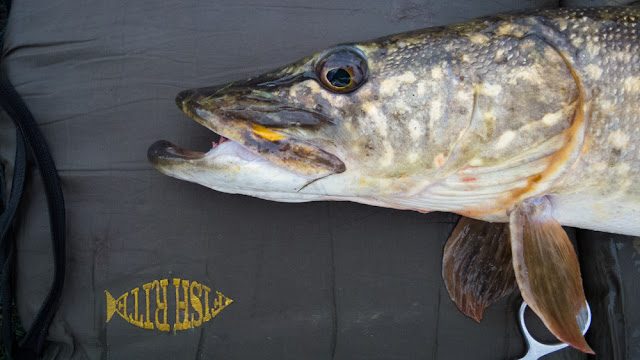 The rain was constant by the time a new trace was tied on and a fresh bait hooked up. it wasn't long before the light was starting to go. Time to try my Mk2 night floats. The Mk1s (which I tried out on a fruitless session since my last blog post) proved to be almost invisible thanks to me using tiny starlights... Even before the light had gone I could see the larger starlights glowing. When I wound the final rod in to take the wet walk back to the car the furthest float was easy to see. Whether I'll get much use out of these floats I very much doubt!

I'm beginning to think that my dismal results of late on this water are a consequence of doing the same old same old because it worked in the past instead of thinking about what I should be doing. Probably because I've gone past my usual three seasons fishing a water before I move on. Getting stale. I'll either have to try to break out of the rut or give up altogether!