That one more eel session went predictably. Plenty of runs that were dropped or missed until I managed to hook one on a piece of squid cast well out from the bank. It wasn't big enough to get weighed. Par for the course with my eeling luck. What I did find odd was that all the takes were coming to the squid. A perch tail in the margins was ignored completely. When I swapped the squid over to the perch's head, thinking a tougher bait might stand up to the attention of tiny eels better, the takes to that rod dried up. At least I got plenty of sleep after that change of tactics! 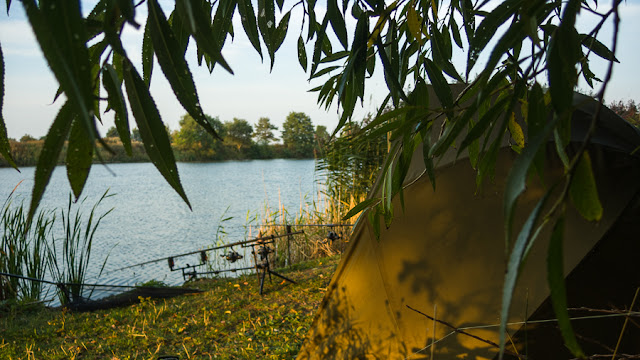 For my next trick I thought I'd try an evening up until midnight for carp. Why I've suddenly got it in my head to fish for those stupid, ugly, things I really don't know. Partly it's because I know trying for roach with maggots will see me plagued with bootlace eels at this time of year, partly because it's too early for the pike where I want to fish for them, and also because I can't be arsed driving to the river for barbel. It goes without saying that a couple of liners weren't enough to keep me interested after the dew soaked the grass and I was on my way home by eleven.

A few days later I was itching to get a bend in a rod so I headed back to the Railway Pond in search of carp. It took all of half an hour fishing large, lone hookbaits (in order to avoid the suicidal potential livebaits) for the pop-up to get taken. 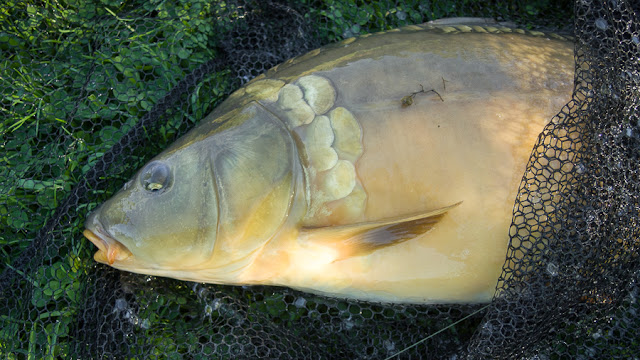 Shortly after the other bait was taken by something that gave a short pull on the baitrunner then stopped as I picked the rod up. Whatever it was I'd hooked wasn't doing much. Flappy things tend not to fight too hard in the rivers, this one was no different in still water. A very skinny chub was soon lying in the net. Towards dusk I got my first sight of pink foots flying in to roost. Their call always has a wintry air to it. Which was at odds with the sight of a brown hawker catching midges up around the alder tops. 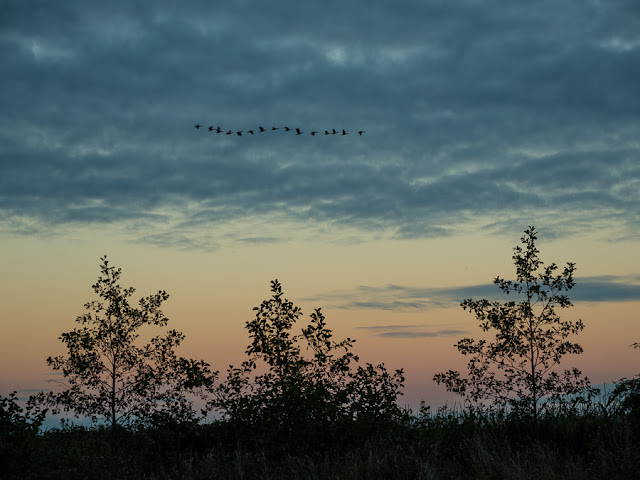 While there's still plenty of warmth in the sun through the middle of the day it is going cool quickly come evening, and it takes a while to warm up again after sun up. Saturday's early start for the PAC Convention in Kettering was a case in point. I put the heater on in the car for the first time in months to warm my feet up! But I had cold air blowing in for the start of the journey home and even by the time I reached the village chippy I didn't need to put my sweatshirt on. Even so, overnight sessions won't be much of a feature of my fishing for much longer this year. Long cold nights are not my idea of fun. Mind you, if I fish them for carp I'll be guaranteed plenty of sleep...