I knew I was going to get busy, so a week last Thursday I fled to the waterside after lunch. It was a lovely pre-spring day of sunshine with a wind to ruffle the surface. A bit bright for pike until dusk, but that didn't stop me trying a few swims before settling into the one I'd caught from on the previous session for the last two hours. 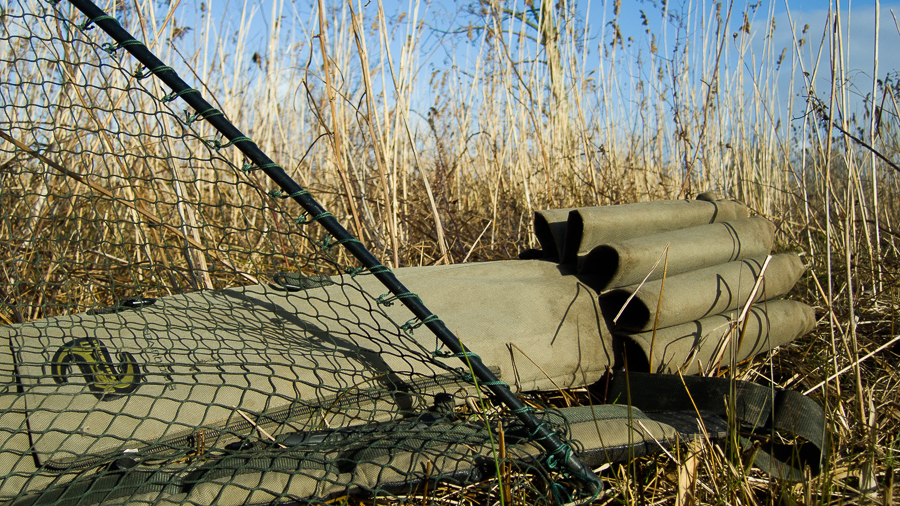 It was around five when a few small fish started to show, leaping in the wavelets. Pike action was anticipated because such activity had preceded the run last time out. Sure enough at ten past the middle float, with a legered bluey tail on the hooks below, dipped then set off on a steady run. I picked the rod up, wound the reel handle to disengage the baitrunner, felt the weight of a fish and struck. All too briefly the fish pulled back before the bait came free. The hooks had shifted in the bait but it wasn't badly mauled. With the upper hook repositioned securely enough for another cast back out went the bait. Not quite to the same spot, but close enough. Thinking I'd probably blown my chances I sat back in the low chair and sulked.

Twenty minutes later there was a single bleep from the sounder in my fleece pocket. The floats didn't seem to have moved. Odd strong gusts had been causing single bleeps from time to time. One of the few drawbacks to braid is that it is more easily blown about than mono. Two more bleeps and a scan of the floats showed that the middle one was moving just as the sounder began a continuous wail. This run seemed more positive and my strike was met with a sustained resistance.

Just like the fish from the last session all there was was a weight that could have been a middling fish or something better. As I drew the pike closer I felt that sensation of the line plucking over a fin, or maybe a hook slipping. And again. If there was a light hook hold I wanted the fish in the net quickly. A rod length out there was a big boil on the surface as the pike changed direction and came towards me from the left. Then I got her head up which resulted in an open-mouthed head shake with flared gills. Fearing a loose hold for the hooks I hustled the fish into the net and breathed a sigh of relief. It looked a longer fish than I'd had all winter, and chunky round the shoulders. 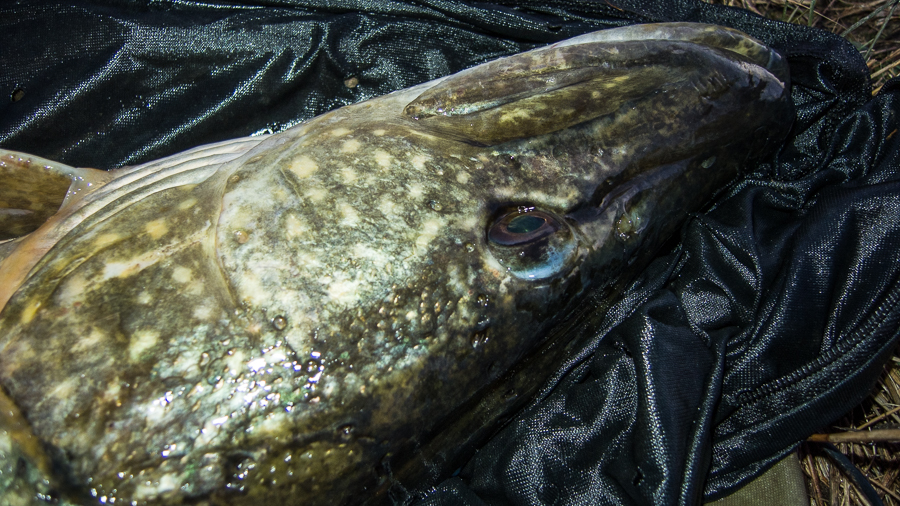 Leaving the net staked in the edge I got the scales and sling readied before lifting what felt like a respectable weight ashore. That was the cue for a mad twisting and writhing session from the pike. After the untangling session I found the hooks were free and my fears might well have been grounded. Lifting the sling I suspected that I wasn't going to quite manage a twenty. So it was. far from unhappy I sacked the fish and set up the camera for a few self-takes. Before getting the sack out of the margin I wound the other two rods in. There was a chance of another run, but I couldn't face the mayhem that would cause! Two shots of each side and back she went, swimming away strongly. By now it was almost dark and I tidied the swim by the light of my Petzl.

The following day a load of blanks and fittings arrived and I've been catching up with work. Conditions have been ideal for more pike sessions but I haven't managed sufficient free time to make the effort. I haven't even felt like writing anything for the blog until this lull in proceedings over a week later.

Now I'm almost on top of things it's got more springlike still and the pike might well be thinking of spawning, like the frogs in my pond have. Bang on cue the first spawn appeared today, previous years seeing it arrive on the 7th, with last year being early on the 4th. Yesterday while waiting for some glue to dry I went and photographically pestered the frogs. Today a head count from a photo revealed at least 83 of the croaking amphibians were in residence! 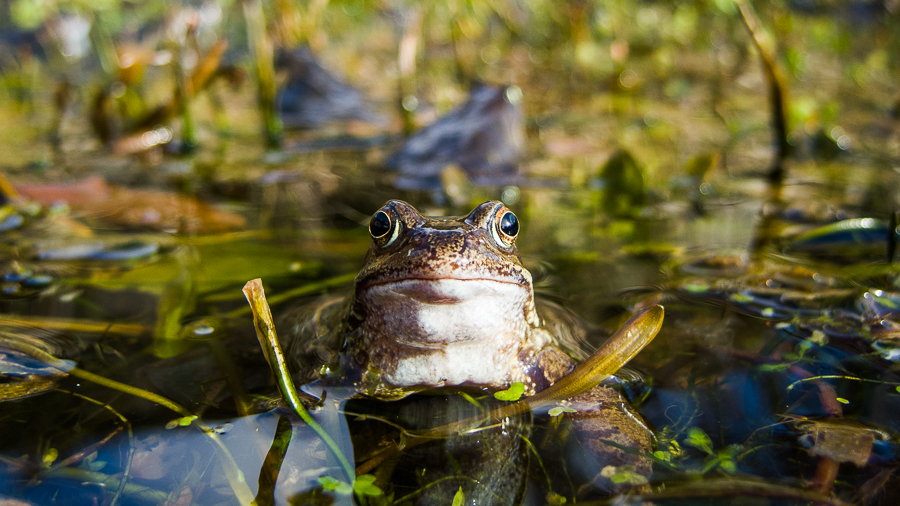 I also played around shooting some video footage. Video is something I'm sure I could enjoy making. If only it wasn't so demanding of gadgets, and expensive gadgets at that, to get great results. A tripod or some other means of stable support makes a big difference. I used a Gorrillapod for most of the video and the difference is marked between that and the hand-held stuff. The wind noise from the cameras' built in mics is annoying, so an external mic with a dead cat would be required to improve that. Then there's the matter of pans and zooms to make things more interesting and it's all outlay that makes still photography look cheap! Anyway, this is the result - edited quickly using primitive software.


With the warming trend expected to continue I might hang up the pike rods for this season and break out the roach rods for a couple of sessions before attacking the tench with carp tactics. Well, tench tactics didn't work last spring so I've nothing to lose. I just hope that I can avoid catching carp.