Looking at the Pond Story page just now I realise frogspawn appeared in my pond on the same date last year as this - 7th March. I'd spotted a frog in the pond earlier in the week. Then two, and then four. They wouldn't let me get close before plopping under the surface and hiding in the weed. One considered itself so well hidden with it's head in some weed that it didn't flinch when I gave it a poke with a finger!

Yesterday I spotted a few more frogs. I counted 19 of them. Another count today came to 23! I'm pretty sure there were a few more lurking beneath the surface too. 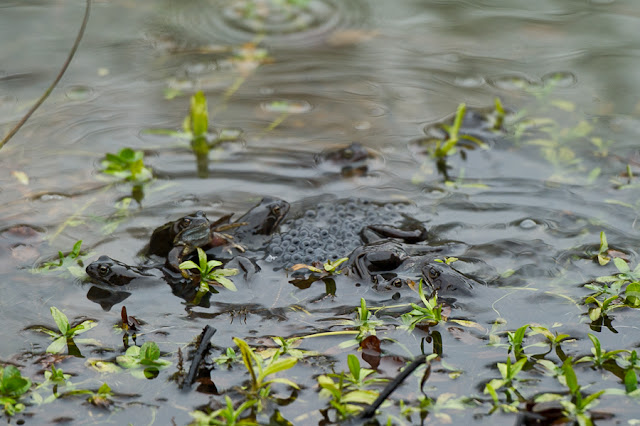 Where all the frogs have come from I don't know. But they're having a whale of a time. I hope the predicted frosts don't do for the spawn over the next week or so. 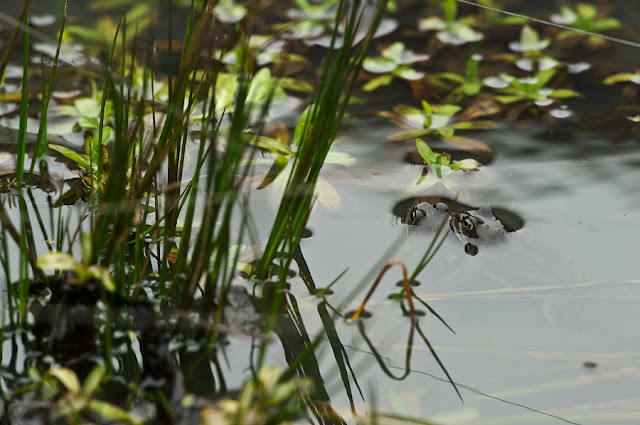 If you fancy playing Spot the Frogs click here. The answer (I think) can be found here.

The fishing line over the pond was put there to keep ducks off. A pair of mallards landed on the pond late last year and ate most of the snails. I've seen one or two snails since, so I'm hoping they'll breed as rapidly as my initial stock did and recolonise the pond this summer.